Praised by Publishers Weekly as “an enjoyable portrait of an ambitious woman whose struggles are as relevant today as they were a century ago,” Mary Sharratt’s latest novel Ecstasy excavates the life of Alma Mahler, the Viennese composer and author who was romantically involved with Gustav Klimt and Gustav Mahler.

I spoke with Mary about why she was inspired by Alma Mahler, how and why she travels across the centuries to “write women back into history,” and her next book, which she calls “a fifteenth-century Eat, Pray, Love.”

I first saw you speak about Ecstasy, your new novel about Alma Mahler, at the Historical Novel Society conference last summer. What really stuck with me from your talk was one tidbit: Alma was a highly talented composer, but as a condition of their marriage, Gustav Mahler insisted she quit composing — and she agreed. In your research, were you able to uncover materials that discussed his justification for setting the condition and her reason for agreeing to it? How did you approach fictionalizing it for your novel?

Mahler’s long letter to Alma asking her to stop composing as a condition of their marriage can be found in Gustav Mahler: Letters to his Wife, edited by Henry-Louis de La Grange and Günther Weiss, translated by Antony Beaumont, Faber & Faber, London 2004. Mahler, who was nineteen years older than Alma, wrote, “Before we speak again you must renounce everything superficial, all vanity and outward show concerning your individuality and your own work.” He wrote that a marriage between two composers would be “ridiculous. . . . if we are to be happy you will have to be ‘as I need you’—as a wife, and not a colleague.” In a more conciliatory tone, he asked if Alma could consider regarding his music as her music from then on.

The most challenging thing I faced as a novelist was trying to convey why Alma would ever agree to such a demand. Even her mother thought Mahler’s ultimatum was monstrous and urged Alma to break off their engagement. So why did Alma go through with it, even though she was betraying the deepest part of herself? I think today we can scarcely imagine what social pressure young women were under to marry and how socially ostracizing the prospect of spinsterhood once was. Women who put their own creativity first and strived for an independent livelihood in the arts were mocked as the “third sex”—a gender apart from “normal” women.

Alma seemed to honestly believe she had to choose between her own art and love and she couldn’t bear to live without love. It was so hard for a woman in Alma’s era to believe in her own talent. With all her heart Alma wanted to be a somebody, to make her mark on the world, and it seemed she thought she would be more successful at making her mark as the muse of a genius like Mahler rather than by pursuing her own career.

Ironically Alma is remembered today precisely because she enmeshed herself in the lives of eminent men. Had she refused Mahler, stayed single, and persevered as a composer, we probably wouldn’t be talking about her now. She would probably be an obscure figure like composer and suffragist Ethel Smyth (1858-1944), richly accomplished but lost in history and rarely performed.

You’ve said you’re “on a mission to write women back into history.” (Obviously, I’m cheering you on!) What are some of the ways in which they’ve been written out over the centuries? Are you hopeful that things will change going forward, or are many of the historical barriers to fair representation still in place today?

Strong, accomplished, talented women have always existed, but too often their stories are written out of history, no matter how significant their achievements. For example, Alma’s friend, the sculptor Ilse Conrat, supported herself with her art, won prestigious awards, and exhibited her work in the Secession Museum alongside work by Klimt, and yet she is hardly remembered today. The same is true for one of Alma’s New York friends, the pioneering ethno-musicologist, composer, and Native American rights activist Natalie Curtis. Before doing the research for this novel, I never realized that the person who revived and reinvented the New York Philharmonic for the twentieth century and who became its president was a woman—Mary Seney Sheldon.

It’s important that women today realize how quickly our lives and achievements can be forgotten and buried. Or heaped with misinterpretation and condemnation if we push too hard against the traditional feminine life script—Alma is remembered but she’s also been slated as a “bad” and even “hysterical” woman. We must do everything in our power to keep alive the memory of accomplished women and hope that future generations of women will remember what we have accomplished. That’s why I’m on a mission to write women back into history.

How did you decide where to begin Alma’s story in Ecstasy? Was it dictated by what you found in your research, the experience you wanted for the reader, or some other inspiration?

Many people think of Alma as a femme fatale, but I begin the book with her playing one of her own songs on the piano for her sister in the family parlor. I wanted to foreground Alma as an ambitious and talented young woman who had a rich inner life away from the male gaze. In this way I tried to capture the wonder I felt while reading Alma’s diaries, which surprised me in so many ways. In these private pages, I discovered a cerebral and paradoxically lonely young woman. Most poignantly of all, considering everything that happened later in her life, she yearned to compose symphonies and operas.

Alma was a highly cultured young woman who spent far more time reading or engaging with art and music than she did flirting at parties. She attended concerts, operas, plays, and art exhibitions several times in any given week. She devoured philosophy books and avant-garde literature. She was a most accomplished pianist—her teacher thought she was good enough to study at Vienna Conservatory. However, Alma didn’t want a career of public performance. Instead she poured her entire soul into composing. According to her diaries, Alma composed more than a hundred songs, various instrumental pieces, and the beginning of an opera. But only seventeen of her lieder remain in the present day—the rest of her work was either lost or possibly destroyed by Alma herself.

Very solitary. I have to be alone in my study with the door closed. I often play classical music to create a wall of sound to block out distracting noises. Even when I’m not in the act of writing, some of my greatest inspiration wells up when I’m walking alone in nature. I envy Gustav Mahler who had a composing hut in the grounds of his and Alma’s summer house. Alone in a cabin in the woods, surrounded by trees and birdsong, and no one was allowed to disturb him. This is my idea of paradise.

You have an extraordinarily broad range for a historical fiction writer. Many of us return to the same time period in multiple books, but you’ve written about Hildegard of Bingen in the 11th and 12th centuries, a contemporary of Shakespeare’s in Renaissance England, witches in the 17th century, and now Alma Mahler bridging the 19th and 20th centuries. Do you know what time period you’re headed to next?

Sticking to one period would certainly make my life and research a lot easier. But as an author of biographical fiction, I’m drawn to the lives of extraordinary but overlooked women, which necessitates jumping back and forth to different eras.

My next book is a trip back to the late Middle Ages. Revelations, my new novel in progress, should be of special interest to fans of my 2012 novel, Illuminations: A Novel of Hildegard von Bingen. Here I return once more to the realm of the female medieval mystics. Revelations is the story of the intersecting lives of two spiritual women who changed history—earthy Margery Kempe, globetrotting pilgrim and mother of fourteen, and ethereal Julian of Norwich, sainted anchorite, theologian, and author of the first book in English by a woman. Imagine, if you will, a fifteenth century Eat, Pray, Love. 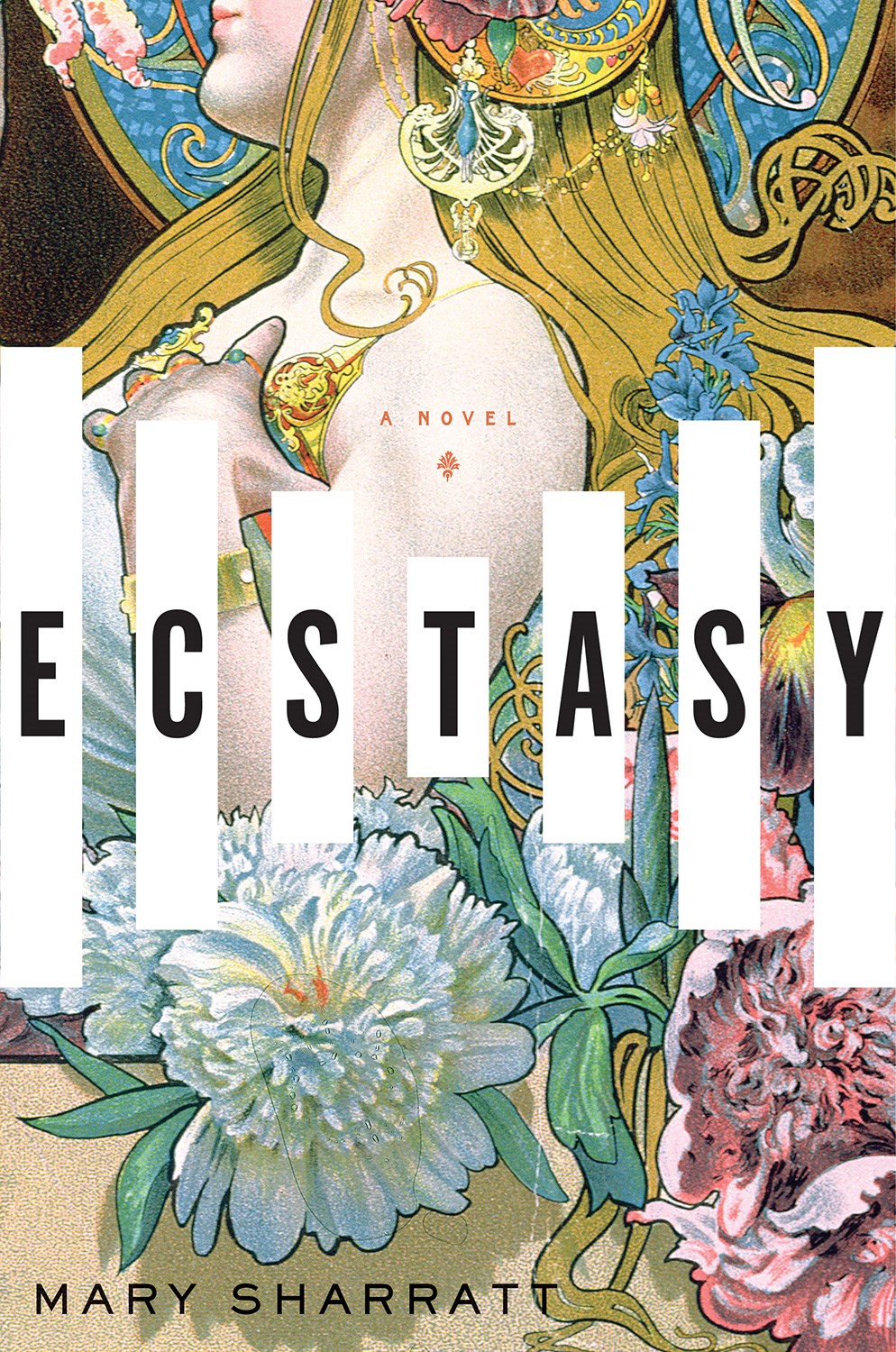 Mary Sharratt is the author of five critically acclaimed novels, including the Nautilus award-winning Illuminations: A Novel of Hildegard von Bingen. She is an American who has lived in Germany and England for more than two decades.