Alma Katsu’s latest supernatural thriller is The Hunger, based on the Donner Party incident of 1846-7, when a group of pioneers stranded in the Sierra Nevada resorted to cannibalism to survive a harsh winter. A former US senior intelligence analyst, Katsu’s known for her hybrid literary-historical bestsellers like The Taker, The Reckoning, and The Descent. I recently spoke with her about the Donner Party, historical research for fiction, and the role gender plays in her novel.

The Hunger is billed as a reimagining of the Donner Party “with a supernatural turn.” Why a horror twist on this famous historical tragedy?

I can understand why anyone would think that what happened to the Donner Party was bad enough; does it need any embellishment? But as a storyteller, the opportunity was too good to pass up.

The Donner Party holds a special place in the American imagination. Here are the facts: In the late summer of 1846, the Donner wagon train headed down a little-known route in the hope that it would cut hundreds of miles off the trek to California. Instead, it took them through a hellishly impassable landscape that put them weeks behind schedule. Just as they arrived at the last mountain pass standing between them and their destination, the worst storm of the century descended. Out of food and already pushed to the point of starvation, they had only one choice if they wanted to survive.

With that alone, you have the makings of a great tale. Add to it the stories of the men and women in the wagon party: why did they decide to pull up roots, leave family and friends behind and make an incredibly long, hard journey through the wilderness? Some were looking for a new start or better opportunities, yes, but some were running away from trouble, debt, or disgrace.

Now you have an even better story.

It wasn’t until I started the research that I realized bad luck had dogged them from the beginning: it was almost like they were cursed. Which got me thinking, what if there was more to the story than mere bad luck? What if something malevolent was following them? And that combination—a desperate survival story coupled with an element of horror—was irresistible.

Early reviews for The Hunger have been fabulous, including starred reviews from both Publisher’s Weekly and Library Journal. Are you an author who reads her trade reviews or prefers not to? What about reader reviews on Amazon or Goodreads? Obviously reviews are written for readers and not for authors, but sometimes, it’s difficult to resist.

The reception The Hunger has gotten so far has been amazing, but I’ve learned to hope for the best and fear for the worst. You need reviews to make your work relatable to others, but you also need to accept that not everyone is going to like what you’ve done. I read the trade reviews because they’re so crucial to the commercial success of the book. As for Amazon and Goodreads, while I sincerely appreciate that someone has taken the time both to read my book and share their thoughts on it, I try to avoid reading them around the time of the book’s release when your emotions as the author are running so high. It’s hard to be objective.

Makes total sense. I read in a previous interview that you research everything down to the detail, like what material buttons were made of in 1846 or what flowers would grow on a farm in a particular location the party traveled through. I do the same for my books. What do you feel this attention to detail brings to your writing? What effect do you want it to have on the reader, even if they don’t consciously recognize what lengths you’ve gone to?

You hope the attention to detail pulls the reader into the story, so that they feel like they’re right there with the characters, immersed in their world. Reviewers have been really kind on this point, saying that the history in The Hunger feels pervasive without seeming like a history lesson. It’s filling in the details as you’re writing a scene, making sure that everything the character touches or sees is correct. It’s a crazy amount of detail work and sometimes you’re tempted to cheat because you’ve already looked up 10,000 individual things and you’re only on chapter 20, but you bite the bullet and you look up fact 10,001. And then you cut half of them in edits, ruthlessly, without a backward glance.

All that work is not going to waste, though, because I’m going to use them in my talk on book tour. My head is so stuffed with trivia that I could be a docent in the Donner Museum. I even have maps that the National Park Service graciously provided.

How much did gender factor into your research, plotting, and characterization? I remember reading once that more women than men survived the Donner Party—not just the women who remained at the main camp with the children, but even among the smaller group of five women and eight men that attempted to go for help on snowshoes, more of the women lived. I won’t ask you to reveal how closely you stuck to the historical record on that. But as you put your version of the story together, what role did gender play?

I stuck pretty close to the actual history in most respects, including who lived and died. It’s funny, because strictly speaking, The Hunger isn’t the story of the Donner Party, but it’s pretty historically accurate aside from the horror element and personal attributes given to some of the characters. I’ve already heard from a few readers who say they’ve been moved to read up on the actual event because they want to know what’s fact and what’s fiction.

They say that women are better equipped in general to deal with disasters, and this probably was a factor with the Donner Party. Higher body fat means you have more stores to fall back on, low metabolism means you need less fuel to survive. Also, the wagon party was largely made up of families. I can imagine, as a woman, that it’s really hard to let go when you know your children will be left to fend for themselves if you die. Not saying that fathers wouldn’t feel that way too, but a mother’s determination can be fierce.

It’s always fascinating to hear what books other authors love, especially if those reads haven’t gotten a lot of media attention. Any recent reads you want to share—either in your genre or out of it—that really knocked your socks off?

I really enjoyed The Marsh King’s Daughter by Karen Dionne. I love a strong female protagonist and Karen created a good one. The story is about a young woman raised in isolation in Michigan’s Upper Peninsula by a survivalist father, who must track down her father when he escapes from prison.

I’m not an outdoors person by any stretch but I was completely drawn into this novel because the storytelling is so good. I think that’s what you need in a book to get swept off your feet: a world that’s new to you. If it’s too familiar, it won’t feel magical.

Also, right now I’m reading Josh Malerman’s Unbury Carol, which comes out in April. He writes speculative fiction and is such a talent. He’s a pure pleasure to read. 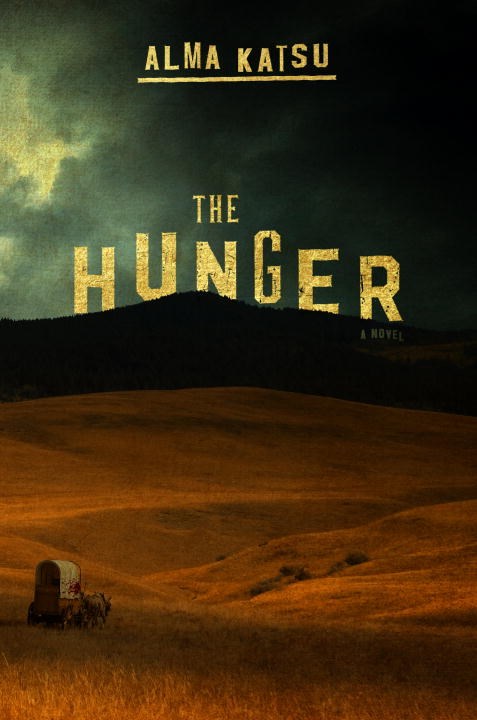 Alma Katsu’s debut, The Taker, has been compared to the early works of Anne Rice and Diana Gabaldon’s Outlander for combining historical, the supernatural, and fantasy into one story. ​Ms. Katsu lives outside of Washington DC with her husband, musician Bruce Katsu. She is a graduate of the Johns Hopkins Writing Program and Brandeis University, where she studied with novelist John Irving.