The Best Dickens Adaptation of All Time

In the words of Nelson Algren, Chicago “forever keeps two faces” — one of joy, and one of pain. This summer, I wanted to see where Chicago literature has grappled with those faces over the last 100 years. I wanted to explore Chicago’s literary past — on foot. The resulting list below isn’t a guide to Chicago’s “best books,” but an attempt to map the diversity of actual locations which lie behind some of the most powerful and noteworthy writing about the city. 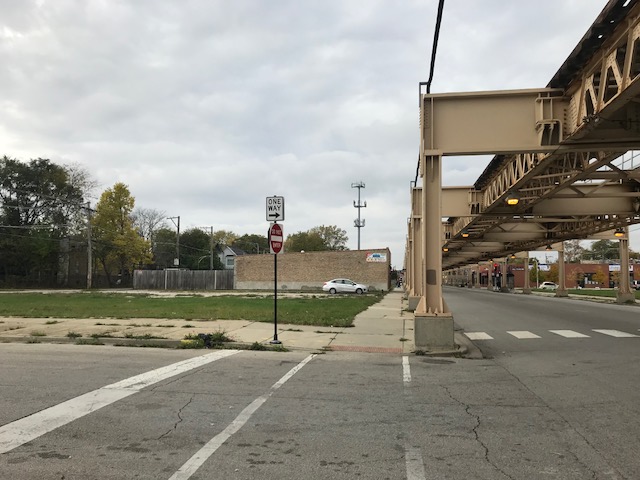 In what is now a vacant, grassy lot just a few minutes walk from the Cottage Grove Green Line station in Woodlawn, Gwendolyn Brooks — one of the greatest poets of the twentieth century — lived in a two-room kitchenette from 1941 to 1948. Life outside the kitchenette was an important inspiration for A Street in Bronzeville, her first poetry collection, which received widespread acclaim.

El trains rushed past just feet from her window, and 63rd Street below was a hive of activity — jazz clubs, clothing stores, and soda shops (Chicago’s oldest restaurant, Daley’s, still exists at 809 East 63rd Street). As Brooks once said, “If you wanted a poem, you had only to look out of a window.” It was here that she threw a party for Langston Hughes, somehow fitting over one hundred people into the two-room apartment. Also critical to her creative development at this time was the South Side Community Arts Center, where she took writing workshops. 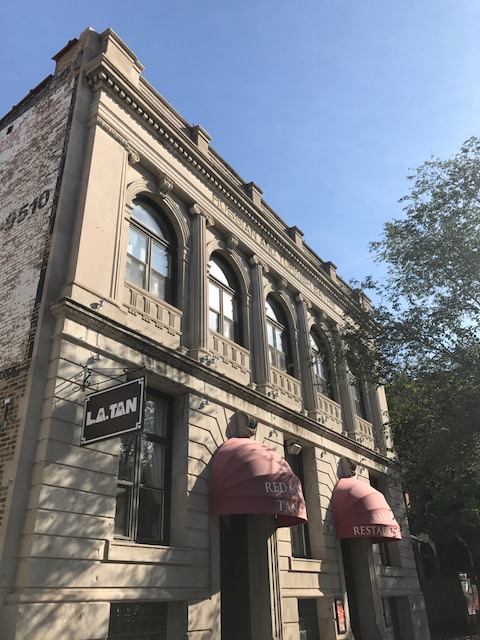 The original baths (now home to Red Square Spa) first opened here in 1906. Chicago journalist Neil Steinberg writes about the baths with great affection in his memoir — although he painfully points out that it is no longer the great institution it once was. He recalls friendly banter with strangers in the steam room, the intimacy of receiving an oak branch scrub, and the sleeping room which seemed to be “a portal to another era. . . a teacup salvaged out of time.”

Saul Bellow was also a patron of the baths, and featured it in his Pulitzer-prize winning novel Humboldt’s Gift, “This old establishment has been there forever, hotter than the tropics and rotting sweetly.”

In Boystown, Jason Orne recalls his husband saying, “Even if you are coming from Butt Fuck, Kansas, you’ve heard of Roscoe’s.” Orne describes the bar as one of the most diverse places in Boystown — Chicago’s primary historically gay neighbourhood — and a first stop for people new on the scene. When Roscoe’s first opened in 1987, its floor-to-ceiling open front windows were in themselves a powerful statement of pride. Most gay bars up until then kept an anonymous profile — covering their windows and using the covert signal of an upside-down neon beer sign.

Although he still considers Boystown home, Orne writes in the book about his concern that it is becoming a more wealthy and mainstream “gay Disneyland” that excludes “those who are sexual deviants, who are genderfucking and trans, who are too brown and black, or who are poor.” 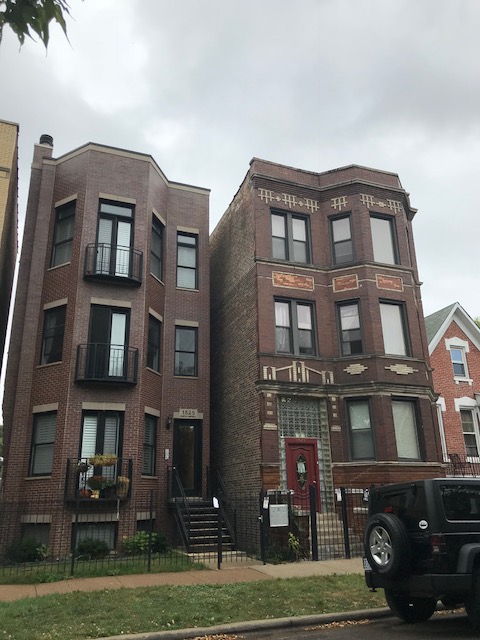 Sandra Cisneros’s incredibly popular novella follows a young Latina girl, Esperenza Cordero, as she grows up in a tight-knit working-class Chicano and Puerto Rican community just off Western Avenue in the near West Side. The story was inspired by Cisneros’s time growing up on 1525 North Campbell Street in the late 1960s, “the sad red house, the house I belong to but do not belong to.”

The original house is gone, although according to Cisneros the red house still standing opposite 1525 looks very similar. Cisneros’s neighbours’ building at 1523 is still standing, and this is the house in the book where Esperanza’s friend Ruthie lives with her mother Edna, “the lady who owns the big building next door, three apartments front and back.” 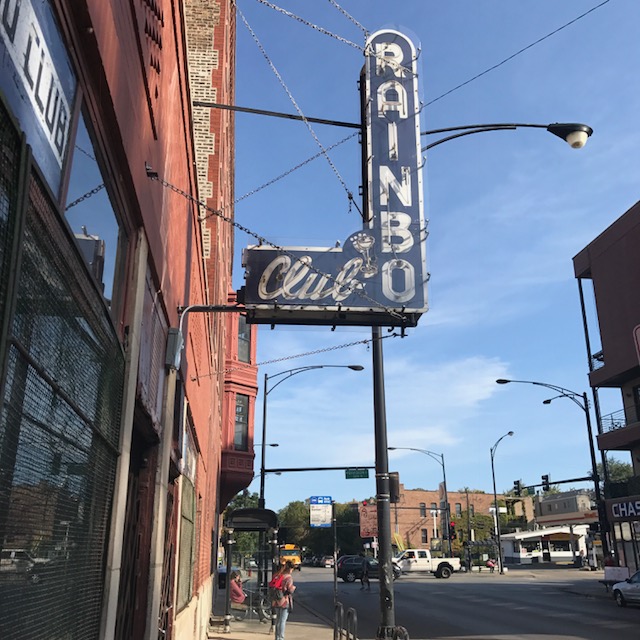 Nelson Algren’s most acclaimed novel draws its inspiration from the people he liked to be around — the outcasts from ‘respectable’ society whom he encountered in bars, diners, and on street corners. In the novel, he portrays the lives of drunks, gamblers, petty criminals, prostitutes, and heroin addicts with great humanity and empathy.

Art Shay, who photographed Algren in his various haunts, called the intersection of Damen and Division ‘the epicentre of [Algren’s] fictional — and diurnal — world’. The Rainbo Club was one of Algren’s favorite bars, and it was likely an inspiration for the Tug ‘N’ Maul bar in The Man With the Golden Arm. It’s also likely he took his friend and lover Simone De Beauvoir there when she came to visit him from Paris. 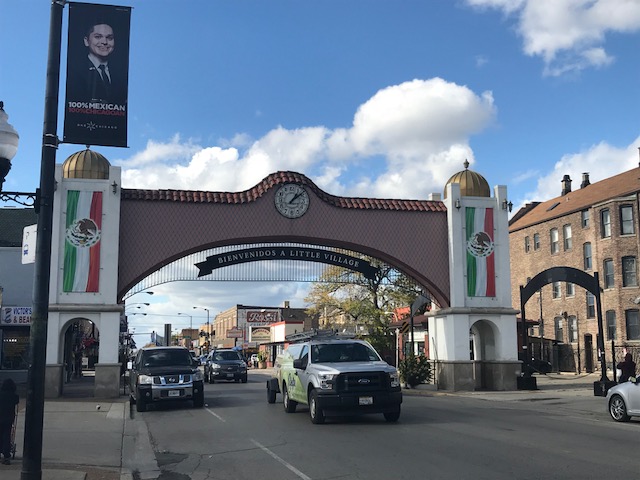 In this wonderful novel, Ana Castillo puts characters rather than locations at the center of her narrative: Carmen ‘La Coja’, a flamenco dancer and singer, and her working-class Mexican-American family, friends, and lovers. But when specific locations do appear they have a powerful impact — such as when Carmen’s brother talks about Little Village:

“There have been rumours of immigration raids [in Little Village]. . . . Most of the employees at Dollar Mart are making minimum wage. . . . they’re just scapegoats for big-time interests. People treated like dispensable machinery.”

Castillo later recalled, “a reader was brought to tears when I mentioned the Dollar Mart because. . . he couldn’t believe something so real to him could be turned into legitimate literature.” 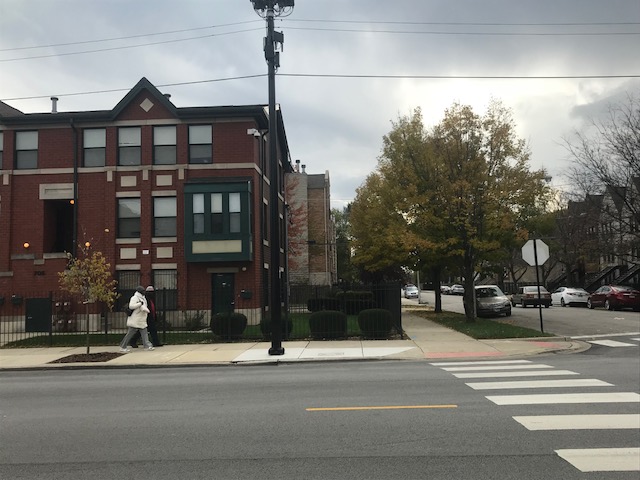 In 1967, the Visual Arts Workshop of the Organization of Black American Culture (OBAC) — a collective of fourteen artists — created ‘The Wall of Respect’ on the southeast corner of 43rd St and Langley. It was, as Ebony put it, “a mural communicating black dignity.”

Depicting figures of black achievement from across politics, art, religion, and sport, the mural was destroyed when the building burnt down in 1972. The poet Seitu Jones describes visiting the Wall with his grandfather:

“It was not listed on any official travel brochures as a must-see attraction, but it was a stop that many Black people made whilst visiting Chicago. . . . It was a symbol of pride pointed to as a ray of hope by residents of the South Side like my grandfather.”

This beautifully produced book is the first in-depth, illustrated history of a lost Chicago monument. 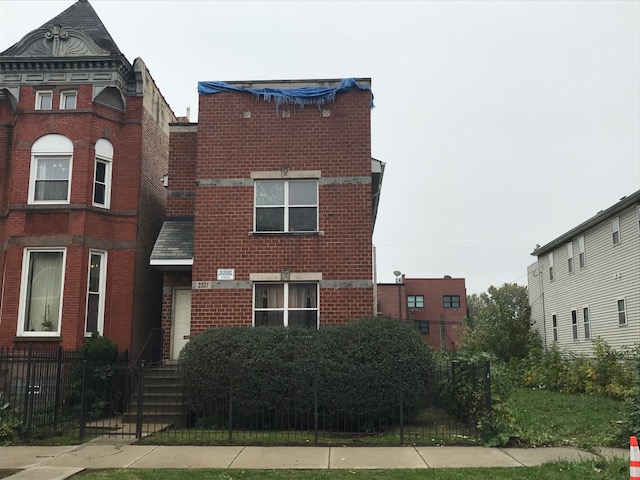 Your Favorite Book: The God of Small Things with Mina Seçkin

2337 West Monroe Street
The Assassination of Fred Hampton: How the FBI and the Chicago Police Murdered a Black Panther (2009), Jeffrey Hass

In 1969, Fred Hampton was the twenty-one-year-old chairman of the Illinois Black Panther Party. By all accounts, he was a dynamic community leader who attempted to create a cross-racial movement against the existing power structures in Chicago. At 6.30am on December 4th, armed police burst into his flat at 2337 West Monroe and shot Hampton dead as he slept. He had been drugged the night before by an FBI informant. (The structure pictured above is not the original.)

In The Assassination of Fred Hampton, Jeffrey Hass describes how the leader of the black police union, Renault Robinson, stood on the steps of 2337 West Monroe on that night to proclaim Hampton had been murdered by his white colleagues.

As an attorney, Hass pursued Hampton’s assassins in the courts, resulting in a $1.85 million settlement in which the City of Chicago, Cook County, and the FBI each paid a third of the sum to nine plaintiffs. The Assassination of Fred Hampton is his powerful and meticulously detailed memoir of the case. 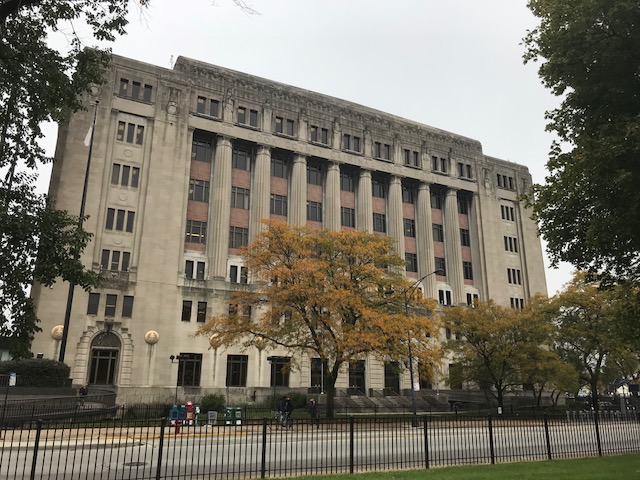 This imposing courthouse plays an important role in Richard Wright’s seminal novel Native Son. It is here that the central character—Bigger Thomas, a black youth from the South Side—is put on trial for murdering two women. While he does not apologize for Thomas’s crimes, Wright shows how he is brutalized by a racist society that fuels the very crimes it claims to want to stop. The novel became a bestseller when it published in 1940, and it helped to shift the U.S. discourse on race.

Nearly eighty years on, Nicole Gonzalez Van Cleve has written a nonfiction account of the very same court, based on over 1,000 hours of observation.

“Beyond the white structure of the Greco-Roman courthouse I could see what looked like a depression-era bread line. . . almost entirely comprised of people of color.”

This was the line for defendants, families, and witnesses entering the court. Adjacent to this was a swiftly moving line of legal professionals. For Van Cleve, this symbolises what she argues is a “double system of justice—one for people of color and the poor, and one for wealthy whites.” 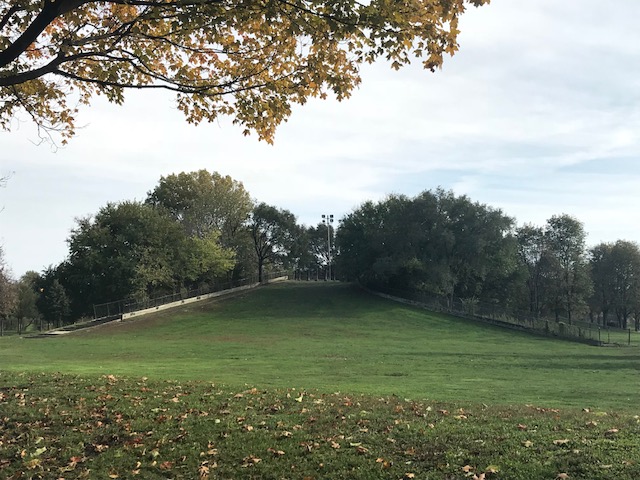 These immersive, funny novels follow three Jewish families in West Rogers Park from the late 1970s to the late 1980s. Four teenagers — Larry, Michelle, Myra, and Gareth — need a place to hang out, ponder the universe, and get drunk.  That place is Sled Hill in Warren Park, dubbed Mt. Warren in the books.

In Crossing California, they throw Munchkins (purchased from the still existing Dunkin’ Donuts at 6254 N. Western Ave.) from Sled Hill at passing cars on Western. (Side note: it is definitely not possible to throw a Munchkin from Sled Hill to Western. But I guess this is reasonable creative license.)

In The Washington Story, Michelle and Gareth—now at university—return to Sled Hill on New Year’s Eve 1982 to deposit a time capsule of their teenage years. The capsule includes a piece of hot dog shaped bubblegum from Fluky’s Red Hots, which many once considered the best hot dog restaurant in the city. Based at 6821 N. Western, the real-life Fluky’s closed in 2006 and re-opened as U Lucky Dawg, which in turn closed a few years later and was replaced by a mosque.