It’s easy to say Margaret Atwood’s Alias Grace speaks to the cultural moment. But that “moment” — the predatory sexual behavior of men and the undue burden it places on women — has been going on for hundreds of years. Still, the Netflix adaptation of Alias Grace has come a crucial time, when Harvey Weinstein, Louis C.K., and dozens of other powerful men are finally facing consequences.

The real question is whether the ongoing revelations will help define us going forward. If not, we’ll slide back into the moment Alias Grace — published in the 1990s and set in the 1850s — so skillfully describes, one where whisper networks are women’s only defense against the men who victimize them, where truth and justice are irrelevant in the face of institutionalized power. 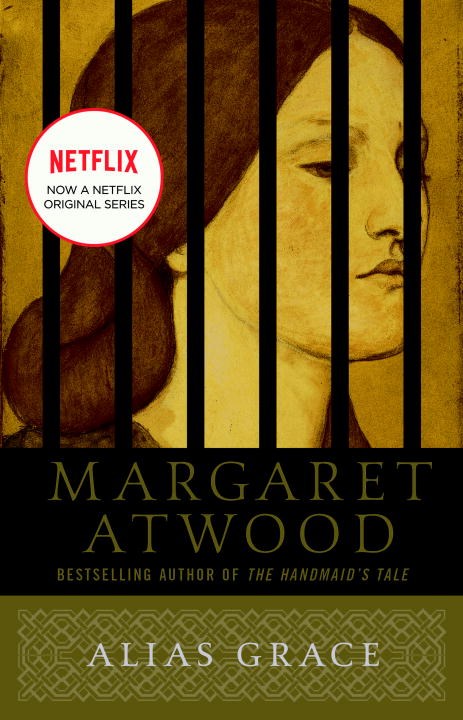 Atwood’s novel centers on Grace Marks, a servant girl and “celebrated murderess” convicted as an accomplice in the murder of her employer and his housekeeper. The real-life case that inspired the book electrified 1840s Canada, and the novel is a slow-burning miracle of elegant writing, gradual revelations, and one of the finest unreliable narrators in North American literature.

The TV adaptation is extremely faithful to Atwood’s stunning prose, opening with a whopper of a direct lift (minus a phrase or two) from the novel’s early pages:

I think of all the things that have been written about me — that I am an inhuman female demon, that I am an innocent victim of a blackguard forced against my will and in danger of my own life, that I was too ignorant to know how to act and that to hang me would be judicial murder… that I am well and decently dressed, that I robbed a dead woman to appear so… that I am of a sullen disposition with a quarrelsome temper, that I have the appearance of a person rather above my humble station, that I am a good girl with a pliable nature and no harm is told of me, that I am cunning and devious, that I am soft in the head and little better than an idiot. And I wonder, how can I be all these different things at once?

We hear these lines in voiceover as Grace stares into a mirror, her facial expression shifting ever-so-slightly, again and again, to accommodate all the different possibilities — demonic, innocent, reliable, criminal, and so on. It signals to avid Atwood fans (like me) an intent to faithfully deliver Alias Grace to the screen, using this medium to reinforce and underline Atwood’s work, not refashion it. For the most part, Netflix’s adaptation delivers on this promise.

It’s a promise the adaptation can keep partly because it isn’t confined either by the short run time of a feature film nor by the concerns of ongoing series TV. Sarah Polley, who purchased the rights and scripted the adaptation, was able to choose the right form — six episodes of 45 minutes each, following the book’s arc to its conclusion — to let the prose and pacing breathe. The book alternates between Grace’s first-person, past-tense account of her own life, and a third-person present-tense narration focusing on Simon Jordan, a naïve young doctor interviewing Grace to see if he can recover her memories of the murder, which she claims not to remember. Anything shorter would have lost this structure, and with it, much of the novel’s intrigue.

Of course, even a faithful adaptation can’t translate everything from the page, and what’s lost here is any subtlety to Simon’s part of the story. Televised Simon (played well enough by Edward Holcroft) lacks any of the complexity of Book Simon, reducing him to another Man Who Can’t Be Trusted, one who utters one of the most awful postcoital lines imaginable, “I always wanted to do that with someone else — not you.” The end of his story in the adaptation is a sad, sudden gut-punch, a more dire ending than the book offered him. Perhaps in this version it’s intended as deserved comeuppance. Simon may have noble goals, but nobility, like innocence, isn’t enough to take one through the world of Alias Grace unscathed.

That world is undeniably brutal, and not just because of the murders. Yet Mary Harron, who directed all six episodes, keeps her depictions of violence precise and pointed. Traumatic events are seen in flashes, just enough to understand. We don’t need to linger on the blood to know who’s bleeding. Harron’s direction, like Polley’s writing, seems to deliver Atwood’s source material directly to the screen, but of course different choices could have been made anywhere along the way. If we had to wait 20 years to see this book on the screen, at least we got something well worth waiting for.

These are not easy roles to play. For the most part, the cast steps up. Sarah Gadon’s lead performance as Grace was every bit as subtle and inscrutable as it needed to be. Rebecca Liddiard gave a standout performance in the key role of Mary Whitney, bringing a magnetic energy to her scenes. Unfortunately, the better-known faces in the cast didn’t fare as well. Anna Paquin as Nancy Montgomery felt oddly detached and impassive, certainly not the charismatic figure both the book and the script tell us she is. Zachary Levi’s performance as Jeremiah the peddler and Dr. Jerome DuPont was somewhat closer to my expectations, except that there was so little difference between the two. But given that the production also doesn’t make much physical distinction between teenage Grace and 15-years-later penitentiary Grace, that may not all rest on Levi’s shoulders.

I raced through my first viewing of Alias Grace, much like I raced through the book the first time I read it, eager for every twist and turn and revelation. And like the book, I look forward to revisiting it, plucking out the subtleties, enjoying time in the company of clearly talented creators. Only a week after the Alias Grace adaptation landed on Netflix, an IndieWire article on accusations of predatory behavior by prominent men in television declared that “the medium’s brightest era has gone dark.” But we’re also seeing a spike in powerful, smart entertainment that foregrounds women’s stories with women behind the camera shaping how they’re told. The Handmaid’s Tale won widespread critical and cultural recognition, including eight Emmys; I hope to see the same for Alias Grace, which is every bit as impressive an achievement. With adaptations like this, the medium’s brightest era will only get brighter.