What Will Society Look Like A Century From Now? 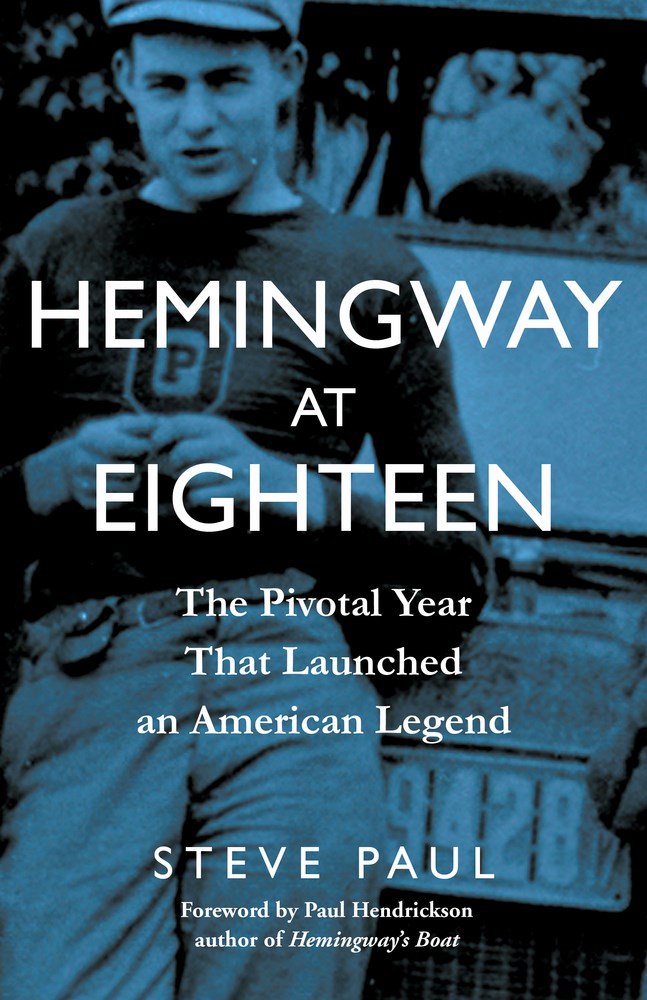 Steve Paul’s “eureka” moment during his research into the young Ernest Hemingway came about a decade ago, as he reviewed a file at Boston’s John F. Kennedy Presidential Library, a treasure trove of materials on the great American writer.

He found a letter from T. Norman “Tubby” Williams, who was hired at the Kansas City Star soon after Hemingway joined the paper in 1917 as a $15-a-week cub reporter. “I’d give a million dollars … if I possessed your originality,” Williams wrote. “You see things. You know things. You read human interest like a book. And above all you can tell it.”

The letter — proof that Hemingway’s first newspaper job helped to mold him into the venerated wordsmith he became — convinced Paul he was on the right track. “The voice of Tubby Williams,” Paul writes, “gave me new inspiration and confidence that there was still a story to tell about Hemingway’s early life.”

Hemingway at Eighteen is Paul’s chronicle of the pivotal year when Hemingway wrote his first words for publication (not counting his high school paper in Oak Park) and embarked on the first of many death-defying adventures, as an ambulance driver on the Italian front during the First World War.

Hemingway’s six-month stint at the Star, one of America’s great newspapers, has been overlooked or under-explored by biographers. Recent Hemingway books have focused on everything from misdiagnosed brain trauma to his alleged role as a Soviet spy, so a closer look at some of his earliest writing seems overdue.

And Paul, retired after a 40-year career as a writer and editor with the Star, is perfectly suited to dig deeper to Hemingway’s beginnings. Star journalists are a “brotherhood,” he writes, and adhered to a no-nonsense writing code: “Use short sentences. Use short first paragraphs. Use vigorous English.” It sounds like the introductory class in a writing course called Hemingway 101.

Even though he was a rookie reporter, Hemingway was tossed into the seamy side of a city with enough violence and corruption to rate as a mini-Chicago. “This is as dirty a political town as the old smoke ville on the lake Mich,” he told his parents.

He undertook the rites of passage of the cub reporter. He covered crime and filed light features on a tractor show. He wrote obituaries and was barred from a major hospital after exposing graft and mismanagement.

There’s a reason so few biographers have probed Hemingway’s Kansas City days — it’s impossible to identify most of the articles he filed. By-lined stories were rare in the newspapers of the time, and Hemingway rarely mentioned specific pieces in letters to family members back in Chicago.

Paul has done admirable detective work, using correspondence and other fragments of evidence to identify Hemingway’s stories (three are reproduced in an appendix). And he makes a convincing case for others that bear his stamp — crisp writing, an eye for detail and characters that come alive on the page.

Hemingway left the paper in mid-1918 and spent the second half of this formative year as an ambulance driver with the American Red Cross. Paul puts less emphasis on his time in Italy — it rates only a couple of chapters — because his service in the mountains north of Milan was cut short.

Within weeks of arriving, and just shy of his nineteenth birthday, Hemingway was almost killed by a mortar shell. The Italian soldier beside him died in the explosion and Hemingway’s legs were peppered with shrapnel. He suffered additional bullet wounds as he carried another wounded soldier to safety.

His bravery earned him a medal and left him with the live-for-today attitude that would carry him through future adventures. The near-death experience shattered his “great illusion of immortality,” he later explained, and left him determined to “go out in a blaze of light.”

Hemingway at Eighteen is a valuable contribution to our understanding the origins of one of the most revered authors of the twentieth century. Hemingway went to Kansas City a “modest, rather shy and diffident boy,” Paul quotes one of his friends as observing, and emerged “aggressive and opinionated” — and with a head-start on the life experience he would channel into fiction.

He also learned a lot about writing, even though his newsroom colleagues did not realize it at the time. Nobody, a Star editor recalled, pegged him as “a ball of fire” with a “brilliant future as a writer.” And fellow reporter Clyde Roberts recalled his disappointment when he phoned in a big story and was told Hemingway was on the rewrite desk that day.

The Faces of Feminism: An Interview with Barbara Bourland on “The Force of Such Beauty”

Which only proved, Roberts said in hindsight, “how much I knew about writing.”

Dean Jobb teaches creative nonfiction and journalism at the University of King’s College in Halifax, Nova Scotia. His latest book, Empire of Deception (Algonquin Books), was the Chicago Writers Association Book of the Year and tells the stranger-than­-fiction story of 1920s Chicago swindler Leo Koretz.

Steve Paul is an award-winning writer and editor who worked at the Kansas City Star for more than 40 years, including stints as book critic, arts editor, restaurant critic, and – before his retirement in early 2016 – editorial page editor. He is a former board member of the National Book Critics Circle and the author (and photographer) of Architecture A to Z, the editor of Kansas City Noir, and coeditor of War + Ink: New Perspectives on Ernest Hemingway’s Early Life and Writings.