For Omar Sakr, “Poetry Is Air” 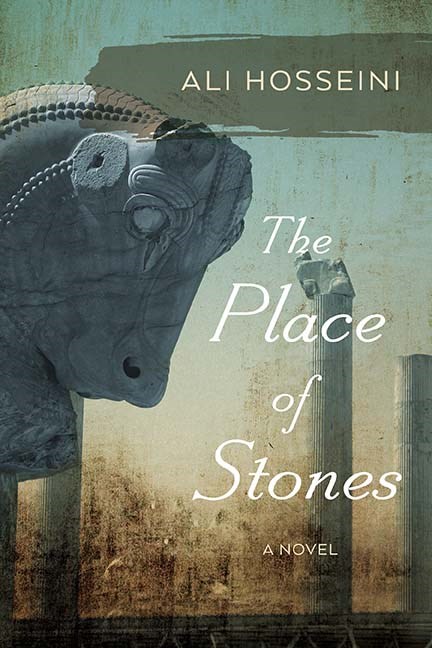 The second novel of Iranian-American writer Ali Hosseini is actually his first: The Place of Stones was originally published in Persian in Iran in 1997 with the title Sangriz, the name of the small rural village where most of the novel takes place. Twenty years later, and following the publication of his second novel, The Lemon Grove (Curbstone Books / Northwestern University Press, 2012), the story has been revised for publication in English.

In the preface, Hosseini describes the challenges he encountered from the Iranian Censorship Bureau of the Ministry of Culture and Islamic Guidance when he attempted to publish the Persian version of the novel — challenges that Iranian writers continue to experience today. Included at the end of the novel is the letter Hosseini’s publisher received from the Ministry of Culture, detailing the aspects of the book deemed unacceptable for publication. These historical details remind us that many writers in the world work under less-than-ideal circumstances and that freedom of expression in many places is far from a given.

The Place of Stones is a tragic tale of the destruction of a rural community and its families in the face of revolution, war, and industrialization. In the aftermath of the 1979 Iranian Revolution, a war that saw the eventual overthrow of the monarchy and the establishment of an Islamic republic, the village of Sangriz (not far from the city of Shiraz in the southern part of Iran) is in a time of transition. Devastating land reforms ushered in by the White Revolution mean “the land of Sangriz had been divided, with one-half going to the landlord and the other half split among the peasants.”

For the two farming families at the center of Hosseini’s novel, the loss of control of their land, their livelihood, is made even worse by having to deal with an unscrupulous landlord bent on exploiting the reforms for his own benefit:

“All their lives were attached to that dark soil…and if they were separated from it they would die. All they knew was how to work the land — nothing else.”

Hosseini is careful to point out that Haydar and Jamal’s families are not the only ones to suffer. The land reforms have certainly impacted the farmers’ lives, but they have also drastically altered the nomadic existence of the tribal people who have been forced to settle for village life and abandon their migrating herds.

While many villagers opt to move to the city to work as laborers, Haydar and Jamal choose to stay and work what is left of their depleted land. Jamal is to be married to Haydar’s sister, Golandam, a time that should be full of celebration in the village as the two families officially merge. But Haydar is determined to fight the loss of his ancestral land — particularly because the landlord has plans to build a brick factory that will destroy what remains of the land–and his anger results in a violent confrontation with the landlord’s son.

When Haydar is released from jail, the village briefly rejoices in the wedding, but all too soon trouble arises again: riots have broken out in the city in opposition to the Shah’s rule, and war with Iraq is raging. A fateful journey to the war’s front claims the lives of three of the village’s men. Undone by the loss of their loved ones, the village women draw strength from one other: “Bonds of sisterhood had emerged among the women and they began to communicate with one another using the traditional words of mourning. It was as if a wailing as old as history were falling over Sangriz.”

As much as this tight-knit community — a community that “didn’t want a war with anyone” — has endured, the worst is yet to come.

Hosseini’s spare prose evokes a feeling of overwhelming despair in a dark and uncertain time for Haydar, Jamal, their family members, and friends. In this striking and mournful novel, there is a strong sense of deep-rooted family histories and traditions being scattered to the wind as the characters experience little reprieve in the face of forces beyond their control.

Ali Hosseini was born in Shiraz, Iran. His latest novel to be published in the United States is The Place of Stones. Another novel, The Lemon Grove, was published by Northwestern University Press in 2012.

What Do a Solar Eclipse and the Iranian Revolution Have in Common?