Behind the Scenes at Tor Labs 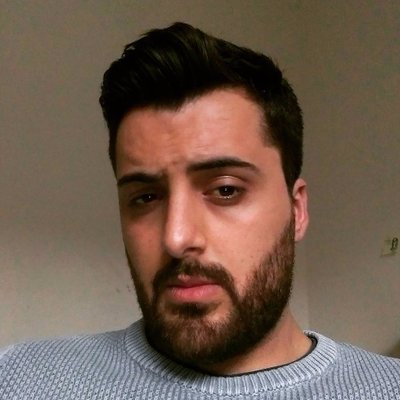 Welcome to September’s edition of “Dear Poetry Editor” at the Chicago Review of Books. This ongoing series offers readers insight on poetry and publishing from editors who shape the content in literary magazines around the world.

This month we hear from Omar Sakr, an Arab-Australian poet from Western Sydney. His poetry has been published in English, Arabic, and Spanish, in numerous journals including: Griffith Review, Wildness, Overland, Meanjin, Cordite Poetry Review, Best Australian Poetry 2016, Peril, Circulo de Poesía, and Al-Araby Al-Jadeed. Runner up in the 2015 Judith Wright Poetry Prize, he has also been shortlisted for the Fair Australia Poetry Prize, the ACU Poetry Prize, and the Story Wine Prize. He is the poetry editor of The Lifted Brow and his debut collection, These Wild Houses, is out now.

Among poets, a misconception about poetry is that it matters all the time. Among others, the misconception is that it never matters. The truth of course is that it is no more inherently valuable than any other activity, and that what matters and what doesn’t is always fluctuating. A world of meaning can be found in the swing of a cricket bat one morning, and be empty of relevance on another day, depending on the context in which it was received.

The same is true of a poem. Imagine how many poems are dismissed after one read—one dismal hour when you weren’t open to it, but that might stagger you the next day? Of course it isn’t just a question of luck or environmental triggers; some of us work hard to ensure we remain as open as we can be for as long as possible. I guess what I’m trying to get at is that sometimes we can be evangelical about art and judge those who seem closed to it, but it is often a question of timing. We open, and we close. We open, and we close. Be patient with it.

Another misconception is that it is inaccessible or archaic, as if poetry can’t come from the streets or suburbs or just say it how it is when really, it’s been doing that forever. Some people act like spoken word is the only accessible form of poetry, and that’s because their only conception of poetry is Shakespeare and they are ignorant of the canon. I blame high school education for this, which should include the study of living poets and not just what is deemed classic by virtue of having been remembered after death.

Poetry is air. It is essential to the continued functioning of my body, but it is also formless. It doesn’t have any edges or shapes or known limits, which is why I’m always amused by those who say it must look like this, or have a certain amount of syllables, or do a certain amount of tricks in order to be considered “real” or valuable. I feel that every attempt to define poetry is also an attempt to kill it. Is there a poem for every type of reader? Absolutely. Will they find it when they need to find it, however, is another question.

To be a little less abstract, poetry to me is a focused linguistic investigation of the self and of the world. As to my mind both are sites of perpetual tragedy, my poetics are often kind of bleak. Part of me wants to resist that, since I am inescapably aware of what people want to read, but increasingly, I resent the notion that redemption must be present in art, especially as it does not appear to be the case in life.

I am drawn to those poets who have something to say about this, who write trauma, who write body, without fetishizing it, who write as an act of reclamation, celebration, and rejection all at once. Poets who can find beauty in bleakness. I’m thinking of Jericho Brown, Eduardo C. Corral, Danez Smith, Natalie Diaz, Ocean Vuong, Najwan Darwish, Patricia Smith, Layli Long Soldier, or, more locally, poets like Ellen van Neervan and Alison Whittaker.

Don’t think this means they are all of a hue or necessarily sad. On the contrary, there is such a fierce joy here in having lived to speak back in a world that wants neither your life nor your voice.

Delving into the Soul of Art in “The Long Corner”

I doubt there’s a common perception out there of what The Lifted Brow is, to be honest. For example, on every cover of the print edition it says that we are “a quarterly attack journal” but a common joke among the staff is that nobody knows what this means except that maybe you should throw it at someone.

Okay, I made that last bit up. But it is definitely eclectic. We publish art, creative non-fiction, fiction, comic strips, and poetry, and each section works independently of the other. Our final issue of every year is the only themed issue we do, the only time we attempt to cohere seamlessly, but even then, by virtue of the fact that we all have different aesthetics, it winds up being a delightful motley. I think this is ultimately to our benefit as it ensures we are never predictable.

As an editor, no, there is nothing I regret choosing to publish. Nobody makes the decision to put a poem out there except me. And as I said earlier, it’s a mistake to think that something has to matter all the time. Sometimes it doesn’t. So even if, hypothetically, there was a poem I had published early on that I now think isn’t great—at some point in time, I did think it was great. It mattered to me then because I was open to it, and it may even matter again some day. Do you see what I’m saying? I know that any artistic judgment I make is situated in a specific time and—like my body—is always changing. Though I fail often, I try to maintain a fluid understanding where regret isn’t possible for long and there is only a sense of what things were, what things are, and what they are becoming.

It is so easy to apply that philosophy as an editor. As a poet, I seem to regret everything I’ve published because it can never be as good as what I’m working on now. This is, of course, nonsense, but since it is damaging to my perception of self-worth I am rigorous in maintaining it.