‘Null States’ Maps Out the Geopolitics of Tomorrow 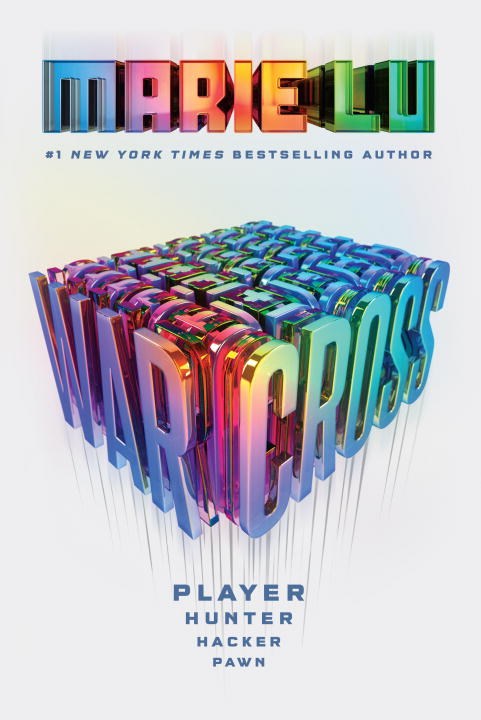 Marie Lu’s newest book, Warcross, opens immediately into fast-paced action. Our heroine Emika Chen is very much down on her luck: she has rent to pay, food to buy, and only $13 to her name—not to mention the gambling debts her deceased father left behind. But Emika has a few key skills, and she uses them to try to skate by (literally, with her Marty McFly-esque hover-skateboard). She’s a bounty hunter tracking down the bad guys for the NYPD in a futuristic society with an unmanageable crime problem linked to illegal online gambling sites. She’s also a hacker, which landed her a juvenile record years ago. She possesses a skill born from an obsession with Hideo Tanaka and his virtual reality game Warcross ten years ago—a skill that ultimately changes her life in every way possible.

For the millions who log in everyday, Warcross isn’t just a game—it’s a way of life. Some play to escape reality and others try to make a profit. Bigger than all of our contemporary entertainment events combined, Warcross holds an annual Championship tournament. In a last-ditch effort to grab some cash, Emika accidentally hacks herself directly into the game in the opening ceremony. Then she gets a call from the mysterious heart-throb game inventor Hideo Tanaka, inviting her to Japan, paying off all of her debts, and offering her a job with a payout she can’t refuse. Emika needs to turn her hacking skills into spy skills and help Hideo uncover a security threat from inside the game. And to do this, she needs a spot on one of the actual professional teams competing in the Championship.

As if the beginning wasn’t fast enough, it is after Emika is jetted off to Tokyo where the international Championship games are held that the plot really takes off. She meets her teammates, who are a diverse international bunch. They are all experts in their game positions: Asher, the team captain, is in a wheelchair; Hammie, the sly and quick player, has spunk and a sharp mind; Roshan is kind and a little shy; and lastly there’s Ren, the popular DJ whom Emika suspects is involved in the plot against Warcross.

And that’s just the beginning. Warcross is a beautifully diverse book. Lu uses the landscape of Warcross’s international obsession to her advantage, peppering the plot with every type of character and identification. The diversity was refreshing and appreciated, and Lu’s masterful writing proved that this type of diversity is, and should be, organic in storytelling.

The writing is also deftly nuanced. In explaining Emika’s tumultuous past, there are passages that are fierce with conviction and heavy with emotion. The way technology and code weaves its way into the everyday qualities of life are proof that Lu is uniquely qualified from her years of working in the video game industry to create this expansive world.

Lu has said that this book is “a love letter to all [her] favorite things.” And even if gaming, technology, and worldwide competition aren’t your favorite things, you’ll find something to enjoy about Warcross. With our tattooed, rainbow-haired Emika, we get a fierce and headstrong protagonist who shows us her strength and determination instead of just telling us about it. With the closed-off young genius inventor Hideo Tanaka, we get a layered and complex love interest whose guarded expressions and intense eyes are swoon-worthy without being sappy. With the well-developed backstory of both Hideo and Emika, we get a solid and heartbreaking look into grief and mourning and a whole mountain of motivation. There are even Easter eggs for video game lovers hidden in the dialogue or within the game worlds.

This story is colorful and hi-tech, and yet it’s also completely plausible and realistic. There are hairpin turns full chapters of combat action and deeply felt passages of emotions that are raw and honest. The ending lives up to the rest of the novel: exciting and page-turning, not quite a cliffhanger, but definitely open-ended enough to make Warcross #2 highly anticipated. Without giving away any spoilers, I’ll just say this: Lu’s greatest accomplishment here was presenting a conflict with moral ambiguity and a “villain” whose ultimate goal is anything but black and white. There will be readers on both sides of the aisle with this one.

Warcross the game is a cross between Quidditch, Ready Player One’s The Oasis, and The Matrix. Warcross the book is sure to do for the gaming industry and sci-fi lit what The Hunger Games did for dystopian fiction. Whether you’re male or female, coding-expert or video game newbie,Warcross will draw you in to its immersive world and keep you reading late into the night.

Marie Lu is the author of the New York Times #1 bestselling The Young Elites and Legend series.