18 Books You Need to Read This Fall 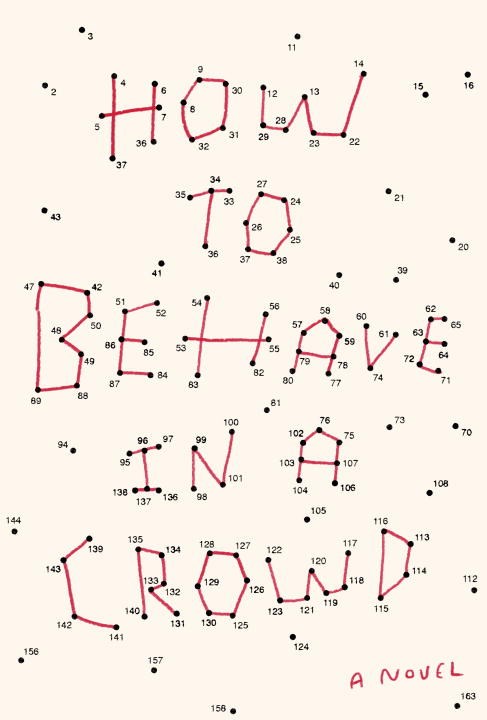 Isidore Mazal is an eleven-year-old boy in a small French village, and the couch in his home has a mysterious stain. His siblings’s alternate legends of the couch stain opens Camille Bordas’s new novel, How To Behave In a Crowd, about a gifted family dealing with grief. The novel manages to be both comedic and elegiac, a thoughtful examination of youth, adulthood, and grief.

Camille Bordas is the author of the novels Les treize desserts and Partie commune, both in French. Though Bordas grew up speaking French, as she says in the acknowledgements, English has become her “second first language.” She is married to the writer Adam Levin, author of The Instructions, and now lives in Chicago. I recently chatted with her via email about Chicago, anthropology, and her writing process.

Rachel León: On a non-book related note, welcome to Chicago! How are you enjoying the city and its literary community?

Camille Bordas: Thanks! I love Chicago, but I don’t know that I can really speak of its literary community, because I’m a bit of a hermit and don’t party much…I do hang out with awesome writers, but they’re the ones who come over to our apartment and can stand Adam Levin‘s smoking indoors. (For the corny-sounding-but-true record: Adam Levin is my husband, and he also happens to be my favorite American writer.) Chief among our visitors is Christian TeBordo, who teaches fiction at Roosevelt University and curates the best reading series in town down there. Jesse Ball, Catherine Lacey, Sara Levine, Jessica Anne…Chicago has so many great writers! Alexai Galaviz-Budziszewski lives here too. I don’t know him, but I love his work. Stuart Dybek is another one I haven’t met, but I like knowing that we all live in the same city. And in terms of publishing, great things happen here too—Tim Kinsella, an amazing writer in his own right, is doing a beautiful job as publisher at Featherproof. I loved that book that they put out a couple years ago, See You in the Morning, by former Chicagoan Mairead Case.

Also, since my book was published, I had to come out of my cave, and I got to visit a number of independent bookstores that are a little too far for me to visit often enough, but they’re a gigantic part of Chicago’s literary community, and I would encourage everyone to visit them, particularly Unabridged Books and its amazing staff. And we tend to forget the suburbs a bit, but there’s a new reading series in Oak Park that is killer (“Authors on Tap,” hosted by Javier from Book Table), and the booksellers at Lake Forest Bookstore definitely know what they’re doing.

Rachel León: I wondered if the origin of this novel came from the character of Isidore. Was that the case?

Camille Bordas: You’re right, it all started with Isidore’s voice. I don’t know exactly why his, but from the beginning I needed to write from a child’s perspective. I wanted to write about someone who goes through the motions and kind of always does what he’s supposed to, but I didn’t want him to be lacking personality. An adult who behaves like Isidore you might think is a little weak, or submissive, but with a child, you can’t really know, you just wait and see how the apparent shyness and good behavior will evolve. I wanted to track his changes.

For me, the beginning of a new book, the voice of it, always comes easily. It’s after about 20 pages that things become complicated. The perspective from which I write is never really the problem. In my second novel, in French, I wrote from the perspective of objects, for instance, and I never thought I needed to be a tea-kettle to imagine what a tea-kettle would think of the wallpaper in the kitchen. Writing fiction from any point of view, even from that of a French 30-year old woman like me, is an exercise in imagining being someone else, how they would speak, what obsesses them, who they hate, their favorite jokes…I’ve learned that when the writing gets hard, you need to stay close to the voices you’ve created, that, little by little, they’ll lead you to and through their specific plots.

Rachel León: Your first two novels were written in French. Is your writing process the same in both languages?

Camille Bordas: The process was roughly the same, actually, because I never map out my books or know in advance what’s going to happen. When I have clear vision, I can see about three sentences ahead and that’s it. Most of the time, I work one sentence at a time. If you think “Today, I’m going to start writing a 350-page novel in a foreign language,” I can see how that would be a little crushing, but because my golden unit is the sentence, it seemed more manageable.

In that way, writing in English was like writing in French: you’re in the dark and you try to feel your way out. What was different, though, is that English allowed for less fucking around. That’s why I think my novel in English might be tighter than my previous ones in French. But maybe that just came from experience. Who knows.

In a foreign language, no matter how well you speak it, there’s less of an opportunity to “watch yourself write,” which is how we say it in France, when a writer is obviously entertaining himself more than the reader. I couldn’t really do that while writing How To Behave in a Crowd, because of the focus I needed to keep on the basics of grammar, which in French I have completely internalized and don’t have to think about. But at the same time, being more focused on the shape of a sentence allows you to be more free in the sentence’s content itself…it’s like improvising on the piano in a way: you’re so aware of the structure that the notes you actually play end up surprising you. So, in the end, it was this paradoxical mix of more concentration and more freedom.

Rachel León: You have a Master’s in Anthropology. How does this background influence your work?

Camille Bordas: I think it was actually my background in fiction writing that influenced my choice to get a Masters in Anthropology. We didn’t have MFAs in Creative Writing in France at the time when I was receiving my education, so it was never an option for me—and if it had been, I don’t know that that’s what I would’ve done.

Anthropology was my opening to studying human behavior, stories that people tell, how they live…it taught me to be attentive to detail…it’s not fiction, obviously, but what I studied probably feeds my fiction more than seminars on craft would have. It’s hard to point out how exactly though…Vonnegut studied Anthropology too, at University of Chicago, and in his introduction to Slaughterhouse Five, he says this: “One thing they taught was that nobody was ridiculous or bad or disgusting. Shortly before my father died, he said to me, ‘You know, you never wrote a story with a villain in it.’ I told him that was one of the things I learned in college.”

And also, I do believe that academics, in the Humanities in particular, maybe, are very close to writers in a way. They create problems for themselves. If the problems in question never get solved, no one else’s life will be shattered but theirs. It’s a crazy thing to want to do. They’re obsessed. They’re relentless. That’s why my book is also about them.

Rachel León: Your novel is funny yet also tender and smart. As a reader are you drawn to novels that also strike these different chords?

Camille Bordas: Yes. In rapid succession, if possible. I like contrasts. I like what Patrick DeWitt does in The Sisters Brothers for instance. A murder, a killer joke, a deep thought, a murder, a crushing insight, a slapstick joke, an intelligent dialogue about toothbrushes. Until the ending breaks your heart.

Rachel León: The novel’s ending is so rich and clever. Did you know how you were going to wrap up the story before you began writing?

Camille Bordas: I didn’t know where it was going to go, no. I never know. If I know in advance, I lose all interest in actually writing the thing. It would be like watching a soccer game I know the final score of. Even though my books are never really plotty, I’m super attentive to every little detail of my characters’ actions, no matter how small,  and their consequences, because it’s the actions and their consequences that I know will end up leading me to the best possible ending for a book. Or a story, for that matter. Adam Novy, who’s a great novelist (and from Chicago, too, even though he lives in L.A. now) talks about plot as a “machine of desire.” He talks about plot as an ever-tightening death spiral of diminishing opportunity. And that’s exactly how I see it: at first, your book can be anything, but then the second your characters start speaking or acting, the more they do, the more limited their options become. My characters decisions led me to the ending of the story, as new-agey as it may sound. It really is what happened.

Rachel León: Your latest novel was recently published and last December you had a story published in The New Yorker.What is next for you and your writing?

Camille Bordas: Man, I wish I could tell you. I wish I could even tell you for certain that it will be fiction, but I don’t know. I’m writing on a story right now, but I started a novel that I’ll go back to when I’m done promoting How To Behave—I find it hard to be in two novels at once. But I wrote an essay last month and I kind of got a kick out of it, so I might do more of that in the future. Hard to say.

FICTION
How To Behave In a Crowd by Camille Bordas
Tim Duggan Books
Published August 15, 2017