‘The Doll Funeral’ Is One Creepy-Ass Walk in the Woods 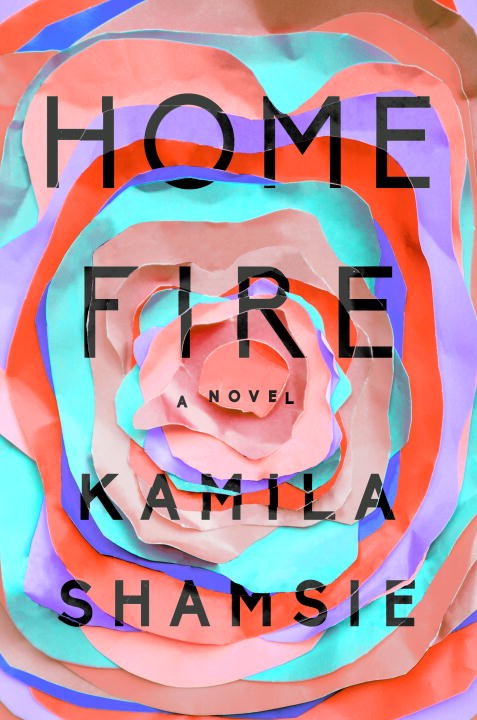 There are endless ways to tell and retell stories, even if most rely on similar structures and tropes. That’s why Antigone, a play written by Sophocles around 441 BC, still remains powerful and relevant after millennia. Kamila Shamsie’s contemporary take on Sophocles’ work, Home Fire, a novel that follows its characters from the United States to London to Raqqa to Pakistan, is remarkable in several ways. Besides its timely subject matter, Shamsie is brings new life to ancient characters, developing a handful of distinct perspectives with modern prose.

Home Fire begins with Isma, the elder sister and guardian of younger twin siblings, Aneeka and Parvaiz, escaping the woes and responsibilities of her life in London. As a child of a radical jihadist, Isma fears her and her siblings will always bear the burden of their family name, and that she will not be allowed to pursue an education in the States. However, after admittance to university in Amherst, Massachusetts, Isma meets Eamonn, the son of a powerful politician who worked to help capture and imprison men like her father. Meanwhile, Parvaiz has committed an unknown offense that has caused a rift between him and his sisters. The narratives of these characters soon become inexorably interconnected and reveal the complex intersections of religion, politics, love, and personal identity.

Shamsie divides the novel into five sections by character, so that each point of view provides insight to which the last was not privy. Isma’s maturity and constant attempts to care for her younger siblings lend a certain patient cadence to the novel’s early pages. It’s easy to see her lifelong anxiety and wariness of the law as consequences of her father’s extremism. Isma is so concerned over traveling that she practices going through customs with Aneeka, which provides clues to the sisters’ disparate worldviews.

“You know, you don’t have to be so compliant about everything, Aneeka had said during the role-playing. Isma’s sister, not quite nineteen, with her law student brain, who knew everything about her rights and nothing about the fragility of her place in the world.”

Isma’s own apprehensiveness showcases her more seasoned perspective, the writing in her chapters less frenetic than those of her younger sister. For the most part, Shamsie maintains steady pacing over each chapter, other than when writing from Aneeka’s point of view. Aneeka’s chapters diverge in length and structure, offering a more scattered and experimental midsection to the novel, which comes as a pleasant surprise. The change in style also aligns with Aneeka’s frantic and confused loyalties—her range of emotions is apt-suited for the aesthetic variation.

Parvaiz’s malleable adolescent sensibilities and struggles with toxic masculinity are also well done. Having grown up without a father, he is willing to go to great lengths to find a male role model, and is resistant to the careful lifestyle of his older sister. After meeting Farooq, a muscled soldier who knew Parvaiz’s father, Parvaiz is desperate to reimagine the man who was absent in his youth:

“Farooq would talk and Parvaiz would listen to those stories of his father for which he’d always yearned—not a footloose boy or feckless husband but a man of courage who fought injustice, saw beyond the lie of national boundaries, kept his comrades’ spirits up through times of darkness.”

As Parvaiz goes to more extreme measures to grow closer to the memory of his dad, he becomes increasingly amenable to specious political and religious ideology. The pressures and manipulations of the older radical challenge Parvaiz to consider who he wants to be.

Already longlisted for the Man Booker Prize, it’s safe to say Home Fire has quickly made its mark as a notable book of the moment. Shamsie’s patience in plot allows the novel to accelerate like a runaway toboggan, gaining speed with every page, the ultimate destination as unavoidable as a gargantuan tree near the base of the hill. The ride is exhilarating, and even as the shadow of tragedy nears, it’s impossible to look away. What Shamsie has accomplished is a readable and engrossing work of literature, one not only important to current political conversation, but also that holds timeless truths and a story that never grows old.

A Chef’s Hunger For More in “Savor”

The Subtext of Friendship in “Best Of Friends”