What If You Died and Woke Up in Chicago? 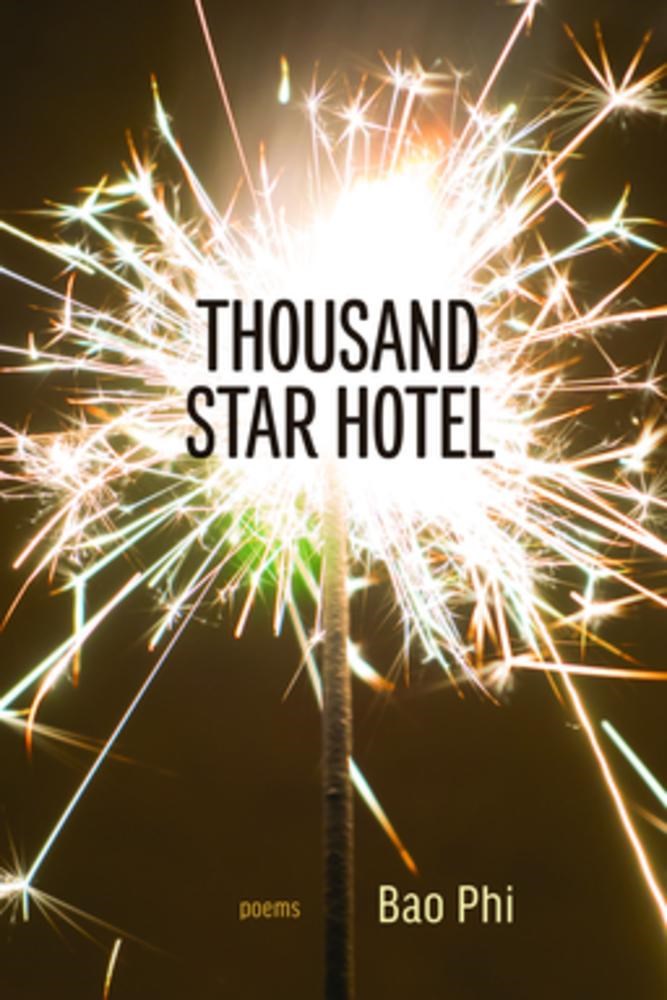 Bao Phi has a survivor’s ear for danger. He is attuned; he writes with the adrenaline-filled attention of someone whose safety has depended on a particular tone of voice. He is also a champion slam poet and an advocate for the urban poor. In Thousand Star Hotel, his second book of poems, Phi explores both the complexities and the simplicities of human experience. As the first poem in the collection ends, “How you say it / is as important to the life of the word / as the word itself.”

With this invocation Phi invites each reader into his world—which is also our world. The strength of this book comes from the clear and forceful voice. The words leap off the pages, half alive already. Phi’s choices of form are apt; the prose poems feel natural, and the lineated poems use page space to breathe. The linebreak tends to be an indicator of a pause or specific phrasing. While this works well overall, the strong voice that unifies the book loses some subtlety amid its sheer momentum. When something’s meant to be clever, you can tell, and Phi’s short lines can be distractingly emphatic.

Much of this book has the feel of being notation, like a musical score. I mean this stylistically, not critically—though occasionally the 2-D approximation of the poem does fall short of its 3-D glory. Phi is a writer for whom poetry is an oral act. Just as Homer’s Iliad and Odyssey were born of a long oral tradition, Phi’s stories are also conveyed in real time and with real vocal chords as a part of the ongoing human history from which they’ve been historically excluded.

And the stories themselves are incredibly compelling. The characters and paradigm gain dimension organically, and the reader immediately recognizes a character they met twenty pages back. The speaker is smart, loving, fearful, and angry—sometimes all in one poem. It is true, though, that some poems feel like drafts of each other. It’s akin to having four slightly different versions of the same dish at a potluck—confusing, but still good to eat.

This book isn’t a journey as much as it is an immersion. Phi has tapped into an achingly tangible well of experience. Thousand Star Hotel is a fierce, burning indictment of racism and xenophobia. As Phi reminds us especially in poems about his daughter, we are created equal but born unequal. In his words, “The fortune is not the fortune, it’s the cookie. / Those who can eat will eat.”

These complex moments ring nonetheless with emotional certainty. At his best, Phi taps into an intimacy born of the bare narrative. He writes, “I didn’t watch football until my daughter was born, and now it’s too late to stop watching even though I know we’ll always lose.” From one of my favorite poems in the book:

my dad shook my shoulder; we’d amble to fish

from some mucky pond by the side of a crumbling highway,

the fire he let me make on the shore

very little light and even less warmth but all the danger.

Some days I would wake up and drive moon boots into

Passion with the Power to Create and Destroy in “Truly, Madly”

to a windowless school.

Thousand Star Hotel asks a question many of us recognize: how hopeful is it possible to be while remaining oneself, and honest, and sane? As Phi writes, “Love is not neutral. / Never.”

Eliot famously said that “genuine poetry communicates before it is understood.” This is a good figure for an idea, but I certainly don’t believe all genuine poetry communicates before comprehension. Perhaps Thousand Star Hotel is an instance of the exception; this is a different kind of poetry, a volume written by an experienced orator who understands how to tell a story. These poems don’t happen, they elapse. They add on to a story that isn’t yet over.

Thousand Star Hotel doesn’t end with a call to action, and it doesn’t end with optimism. This book can be understood—in Eliot’s sense—before its echoes begin to die away. Its staying power is not brought about by words that sound well together. Instead, it resurfaces in the mind again and again in precise images and sheer factual heft. In a time when everything new we learn about the world may seem terrible, this book is a reminder of the power and value of truth.