If John Hughes Wrote a ‘Game of Thrones’ Dragon Comedy 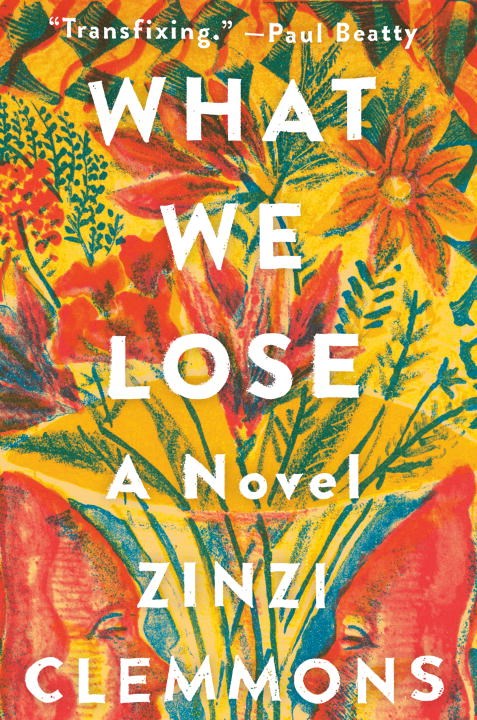 Like her protagonist in the semi-autobiographical What We Lose, Zinzi Clemmons is the Pennsylvania-raised daughter of a South African immigrant mother and an American father. In her novel, a woman named Thandi is pulled between different worlds—black and white, American and African—and her struggles with identity are at the heart of this coming of age story. The themes explored in What We Lose—race, identity, family, and loss—are familiar, but their presentation here feels entirely fresh and new.

Though Clemmons has noted Toni Morrison’s The Bluest Eye as an influence, it’s easy to pick up hints of Ishmael Reed’s Mumbo Jumbo and Gwendolyn Brooks’s Maud Martha, too. Like Reed’s Mumbo Jumbo, Clemmons supplements her witty prose with images, and like Brooks’s underappreciated novella, What We Lose is made up of poetic vignettes that combine to create an unforgettable portrait of a young woman’s search for identity.

Race is one theme to which a novel can often find something new to add, despite how frequently it’s revisited in literature. Though its handling of race is often more subtle than direct, Thandi acknowledges her race:

“But when I call myself black, my cousins look at me askance. They are what is called coloured in South Africa—mixed race—and my father is light-skinned black. I looked just like my relatives, but calling myself black was wrong to them…. American blacks were my precarious homeland—because of my light skin and foreign roots, I was never fully accepted by any face.”

But Thandi’s awareness and conflict about belonging is mostly internal, even when precipitated by external events. She’s not only caught between black and white: her parents have money, but all the black kids in her town are poor. She’s American with strong South African roots. She doesn’t quite feel like she belongs anywhere. As she says, “I was a strange in-betweener.”

Thandi’s family seems to provide some anchor, until her mother is diagnosed with cancer. Thandi meditates on race and class after learning her mother’s chemo center is filled with poor black patients. She confesses:

“I never told my mother that, until then, I had thought of cancer as a disease of privilege. I hated how it had been elevated above and beyond all other diseases. I hated the ribbons, the bracelets, the ubiquitous awareness campaigns, the constant sponsorships.”

She then compares cancer to AIDS and the way the two diseases seemed to be opposites and later talks about the discrepancy of life expectancy rates between men and women, whites and people of color. These insights are interesting not because they highlight Thandi’s intelligence but because of their juxtaposition next to the tale of her mother’s struggle and ultimate death.

The passing of her mother ignites Thandi’s search for someone to fill that void. Again, Clemmons’s portrayal of loss manages to feel as if the motif isn’t often explored as the ultimate outcome of Thandi’s choices, though inevitable, feel surprising.  And Thandi ruminates about the aftermath of her mother’s passing in such stark beautiful terms:

“Loss is a straightforward equation: 2-1=1. A person is there, then she is not. But a loss is beyond numbers, as well as sadness, and depression, and guilt, and ecstasy, and hope, and nostalgia—all those emotions that experts tell us come along with death. Minus one person equals all of these, in unpredictable combinations.”

Such beautiful poignant prose makes What We Lose the kind of novel you might find yourself marking up as you underline a sentence on every other page. Clemmons’s prose is sharp, and though the book is slim, it’s a rich novel with more depth and innovation than many novels double its length.

FICTION
What We Lose by Zinzi Clemmons
Viking
Published July 11, 2017

Zinzi Clemmons is a co-founder and former publisher of Apogee Journal, a contributing editor to Literary Hub, and deputy editor for Phoneme Media. Her writing has appeared in Zoetrope: All-Story, The Paris Review Daily, Transition, and The Common. Clemmons lives in Los Angeles with her husband.

Sisterhood Beyond Womanhood in “When We Were Sisters”

The Transmission of Trauma: An Interview with Coco Picard about “The Healing Circle”