The Best Nature Writing of 2017 So Far 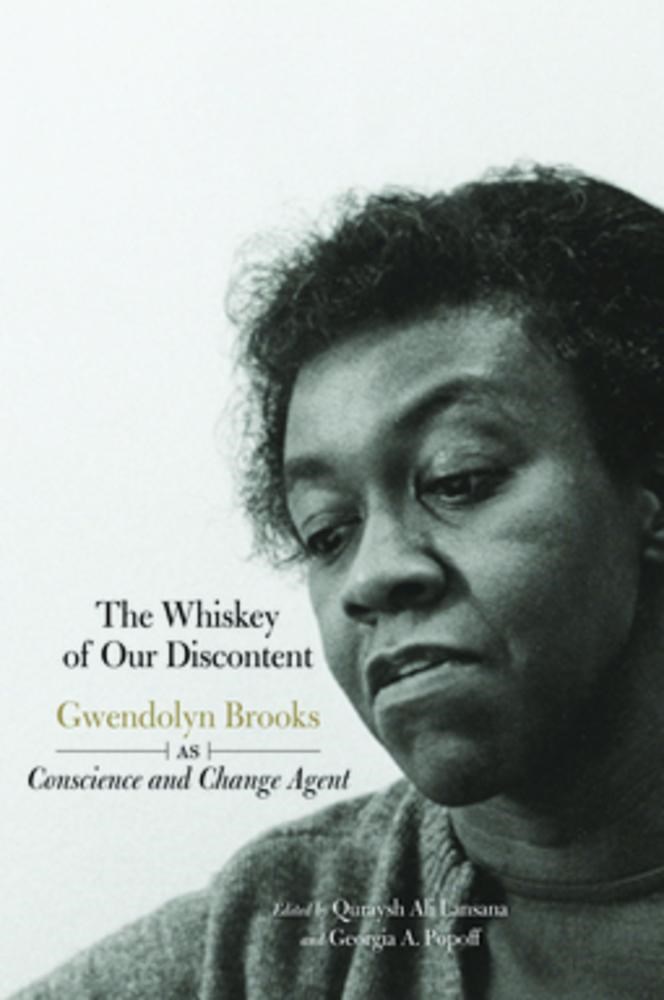 One of poet, activist, and educator Clint Smith’s most widely engaged tweets reads, “’We tried to tell ya’ll.’—Ancient African-American proverb.” In the context of our current political nightmare, Smith’s message is clear—those of you just waking up weren’t paying attention. Or, more likely, you were privileged enough not to bother paying attention until now.

In the literary community, there’s no denying there’s a parallel—though complicated and at times exploitative—awakening, as more of publishing and academia begin to discuss the racial and gender disparities of the traditional American canon. In other words, the absence of diverse voices in our literary education and contemporary commercial literature have become more common topics of conversation. Prolific, Pulitzer Prize-winning poet Gwendolyn Brooks is part of this discussion—not because she is suddenly being discovered but because those paying attention have been fighting for her recognition and canonization all along.

The Whiskey of Our Discontent: Gwendolyn Brooks as Conscience and Change Agent, edited by Quraysh Ali Lansana and Georgia A. Popoff, offers an expansive collection of essays on Brooks’ work and legacy. There is consistent in-depth analysis of her monumental contributions to American letters as well as a multi-angled examination of both her inclusion and exclusion from the American canon of literature. The result is a critical and creative homage to Brooks the artist, the Chicagoan, the black woman, and the educator. This collection thus not only considers Brooks’ rightful place in academic discourse, but also showcases how prominent writers, friends, and mentees have been graced by her selflessness, community organizing, and influence over the years. Indeed, The Whiskey of Our Discontent is a reminder—Brooks always has been and always will be one of the most artistically and politically important American poets.

Divided into four main sections—critical essays, a symposium on rioting and Riot, personal and creative reflections, and legacy—this collection of thirty essays tackles the longevity of Brooks’ individual poems as well as her work as a whole. One essay by James Allen Hall, titled “The Politics of Neglect,” considers why Wallace Stevens is much more prevalent in Ivy League curricula than Brooks and why her work was absent in Hall’s own education. He notes:

“I set out in this talk to understand why it is that I finished my BA, my MFA, and my PhD only knowing one poem of Gwendolyn Brooks. That is not to say that I did not encounter other poets of color, but I can’t remember a single time after high school that I was taught a poem by Gwendolyn Brooks. And I took a lot of classes.”

Hall does not suggest that Brooks is not anthologized and canonized, but he does dissect how she is still marginalized even in this context. Stevens appears in more class titles, is given more pages in anthologies, and more critical essays offer insight to his work. Moreover, Hall finds Brooks is often pigeonholed into African American literature classes and not found in other general literature classes. He concludes this neglect is due to Brooks focusing her work toward a black audience rather than mainstream publication, a fact that reveals the inherent racism in the traditional canon that still exists today.

Meghan O’Rourke’s essay, “The Eros in Democracy: An Aspect of Love, In Ice and Fire,” considers the ending of Brooks’ book length poem “Riot,” specifically examining how it functions as a political act. O’Rourke argues that “Riot” is intended to reveal intellectual and emotional blind spots:

“It’s something of a critical truism that the United States has a particularly impoverished tradition of politically engaged literature. It’s also something of a critical truism—or at least and oft-invoked quandary—that, as W.H. Auden put it in his elegy for the poet W.B. Yeats, ‘poetry makes nothing happen.’ But Riot, like Claudia Rankine’s Citizen: An American Lyric—which became a kind of ‘event’ in poetry the year of Ferguson and in the aftermath of Trayvon Martin’s death—reminds us precisely what poetry can do that is different from prose. That is, poetry is able not only to articulate a vision, but to embody it.”

In the creative reflections, avery r. young’s essay, “Blacks: A Permission to Be Blk” is a standout for its gorgeous prose and intimacy. It reveals the profound positive effect Brooks had on the work of many young black writers and her continued social and cultural influence over Chicago’s literary scene.

Additionally, there are writings from both the collection’s editors, a “Pulitzer Jury Report” by Major Jackson, and a brief afterword by Haki R. Madhubuti, who concludes the collection:

“Gwendolyn Brooks is our beginning, in-between, and period. Her work represents a full view of her people, not always accommodating or elegant, but always abundant with love and necessary tomorrows.”

Together, these essays sketch the life of an artist who wrote brilliant, wide-ranging poetry in the face of decades of marginalization, who dedicated her life to educating and promoting black writers, and who left an incomparable body of work that places her among the titans of American letters. Throughout the book there is a gorgeous range of academic and creative writing; each piece has its own personality.

Whether you’re just getting to know the work of Gwendolyn Brooks or have been a lifelong fan, The Whiskey of Our Discontent is a crucial text for considering one of our foremost writers and activists.

NONFICTION
The Whiskey of Our Discontent:
Gwendolyn Brooks as Conscience and Change Agent,
Edited by Quraysh Ali Lansana and Georgia A. Popoff
Haymarket Books
Published June 20, 2017