13 New Books You Should Probably Read This June 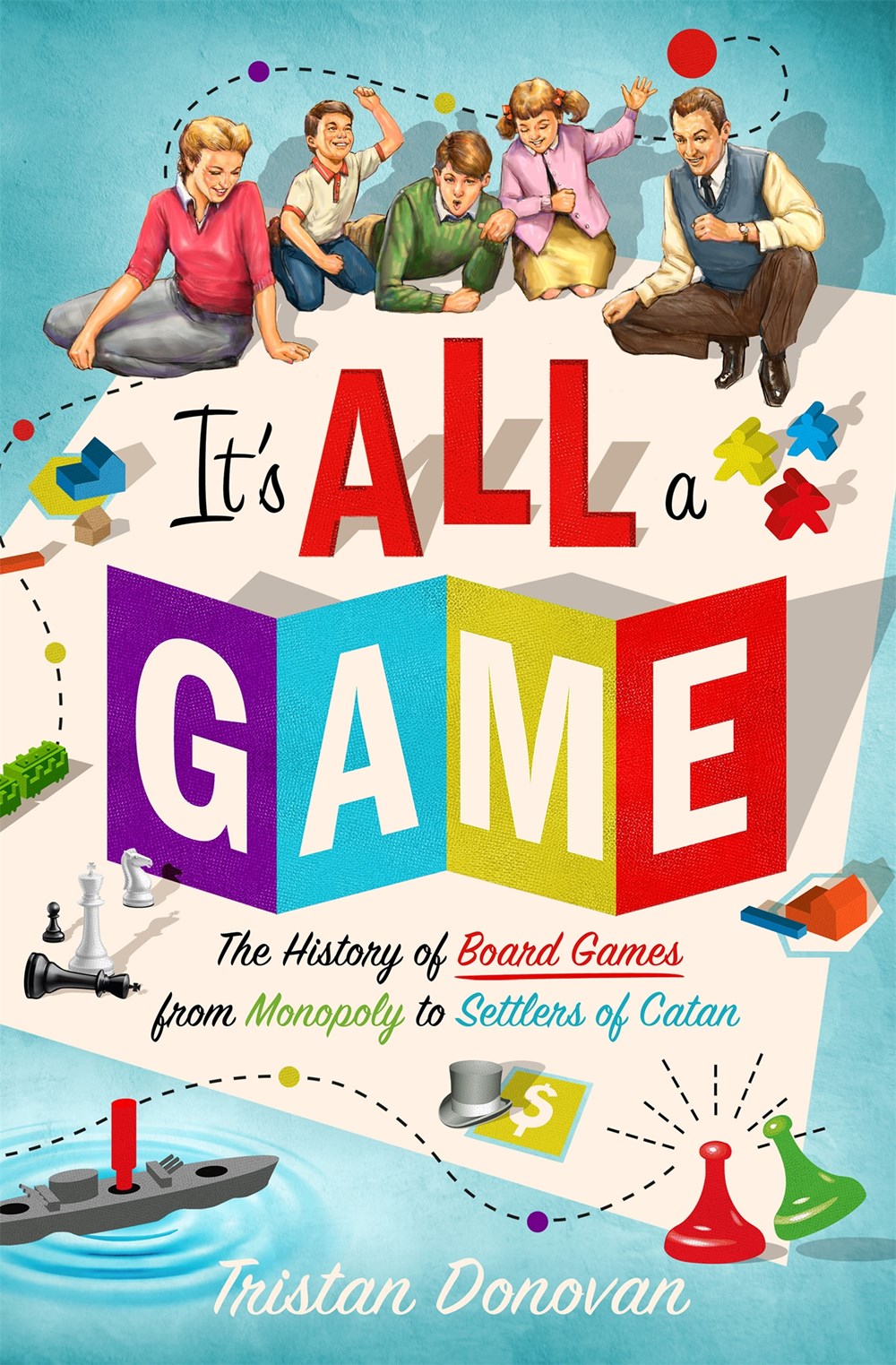 Every year, friends from Maine drive to our place for the weekend. This visit coincides with the beginning of spring—school vacation week—but more than that, the arrival of Bill, James, and David means learning to play a batch of new board games. Evenings stretch into mornings as my wife and I roll dice, turns cards ninety degrees, place wooden tokens on hexagonal corners. We inevitably wind up buying one of the games we’ve played after the friend caravan heads back home.

The resurgence of board games, be they elaborate or simple, fosters the kind of camaraderie absent from the internet. Tristan Donovan knows this. His new book It’s All a Game is a fascinating and insightful discussion not only of games past, but the socioeconomic and historical factors that contributed to their popularity.

Donovan’s survey of gaming history is presented in something resembling chronological order, though strands of history weave and repeat throughout. One suspects Donovan is something of a chess fan based on the game’s recursion—his introductory passage is set in Washington Square Park, where hustlers were once able to make a living during the game’s heyday. This scene yields to a historical discussion, tracing chess’s origins and the way the game changed over time as travelers brought home their boards and pieces, making changes based on regional variations. We learn of the globe-spanning narcissism of American wunderkind Bobby Fischer, the stung pride grandmaster Garry Kasparov felt when artificial intelligence defeated him at the game to which he’d devoted his life.

Chapters devoted to various games establish histories and dispel myths. Fans of Monopoly, for example, might be surprised to find that the game’s widely circulated origin story is bogus. For years, Charles Darrow has been given credit for turning Atlantic City into the setting for buying and selling property—Darrow, as it turns out, stole the game almost wholesale from a man named Charles Todd, who had made his own copy of a widely circulated game named (you guessed it ) Monopoly, set in Atlantic City. Todd’s handmade copy contained key misspellings—that property you know and love was once spelled ‘Marven Gardens’—making Darrow’s completed version easy to trace back. But Todd’s copy of the game finds its origins in Illinois, where a woman named Elizabeth Magie invented an anti-capitalist, pro-single tax game she called The Landlord’s Game.

Donovan packs the book with anecdotes and names, taking time to elucidate on the social winds which made each game so popular. Backgammon, with its ‘doubling cube’ encouraging players to quadruple or octuple up their wagers, becomes the perfect metaphor for the excesses of the post-Watergate disco era. The all-American reputation of Monopoly allows escape maps to be smuggled to prisoners of war in doctored game boards during World War II. Anxiety about SARS and Zika forms a Launchpad for the wildly popular Pandemic.

It’s All a Game is great for game fans, of course, as well as fans of trivia—the detail and care with which Donovan discusses the games and eras herein are extensive. With much of our time nowadays devoted to screens and news, he hits the nail on the head by saying that the kind of camaraderie bred by games can be an antidote to “internet fatigue”—spending time with each other often falls to the wayside. On your next game night, the anecdotes and stories found in It’s All a Game will serve to further tighten your connections.

NONFICTION
It’s Only A Game by Tristan Donovan
Thomas Dunne Books
Published May 30, 2017