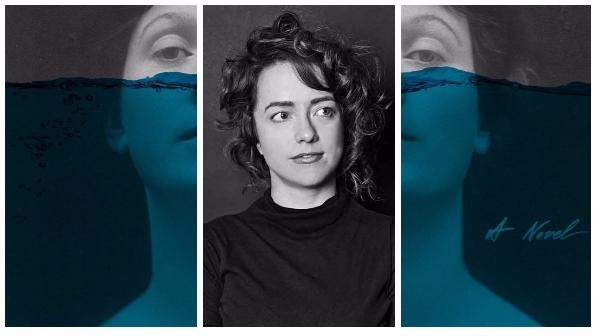 Isadora Duncan lived an extraordinary life. A dancer of international acclaim, Isadora’s distinct artistic philosophy, tumultuous romantic relationships, and peculiar death make her an interesting, though little remembered, 20th century icon. She is the title figure of Amelia Gray‘s new novel, Isadora, which is—to say the least—not your run-of-the-mill historical fiction. Rather than recount the dozens of notorious tabloid stories that built Isadora’s legend (including the scarf that killed her), Gray hones in on the artist herself, delving into a period of tremendous loss after Duncan’s two children drown in a horrible automobile accident.

The result is a stunning work filled with profound emotional insights and downright splendid prose. Indeed, Gray’s sentences move with a natural cadence that mirrors Isadora’s philosophy as a dancer. With each movement, Gray gradually reveals the ambitions and losses of her characters.

I was lucky enough to chat with Amelia on the phone about tackling the genre of historical fiction, the complexities of grief, and writing processes for short stories vs. novels.

Aram Mrjoian: So what drew you to Isadora Duncan as a character? How did you decide to construct this historical fiction behind her?

Amelia Gray: I was on a magazine assignment about “it girls.” I didn’t know much about Isadora, but the more I learned the more I was fascinated by this creative, one-of-a-kind person from the near past who I knew nothing about. She swiftly became the container for my own thoughts and feelings, which is kind of what happens to me with any character. For the first time it was a character that actually existed. It was a strange thing. I’m new to historical fiction, but I came to it with interest in her particular, astounding life and then imbued my own life into it.

Aram Mrjoian: One thing that interests me about that idea is how we classify things by genre. What makes this book really unique, for me anyway, as opposed to other historical fiction, is that instead of using a specific space and time to construct plot, you’ve put a lot of emotional truth into these characters that supersedes those aspects. How did you get a handle on these historical characters and make them your own?

Amelia Gray: I think you’re exactly right. When I read historical fiction, I’ve often felt in the writer an overwhelming interest in place and time, sometimes at the expense of an interest in character or emotional guideposts of the time. Even in great historical fiction, I find myself getting lost in the intrigue of the era or the particular energy of the place. When I was writing Isadora, I wanted to learn more about pre-World War I and how people thought before Freudian logic was popular. That led me down an interesting character wormhole. I found myself thinking more and more about how people would perceive tragedy, since the central form of the book is about grief and tragedy. So thinking about that construction from various angles became the most interesting thing.

The people Isadora kept around her are fascinating in real life, and it was fun to write, but the emotional breadth of the story is what got me to stay with it for so long.

Aram Mrjoian: As you mentioned, grief is certainly a central theme in this book. I might be over-analyzing, but there seems to be a lot about traditional gender roles and the ways men and women approach art and work and grief. As a mother, obviously Isadora grieves in a different way than the people surrounding her. Did you think about that on a character level or on a larger scale?

Amelia Gray: You’re not overanalyzing, I think about this stuff a lot. There’s certainly a gendered way in which people are thinking about grief. There’s also a gendered way in which people are thinking about work. There’s a very strong class-based way Isadora’s lover (Paris Singer) approached life decisions, because at the time he was one of the wealthiest men in the world. So how does the man who has everything he’s ever wanted grieve the loss of a child in an era in which he wasn’t even recognized as the father? There are all these levels of interaction and intrigue, and I wanted to get at the narcissism of human experience. When unexpected tragedy strikes, the tragedy kind of inserts itself into a person’s life, or the other way around.

Aram Mrjoian: Isadora is divided up into a few big sections, but it’s really composed of these tight vignettes that zoom in on one character. How did you decide on that structure and what interests you particularly in stringing all those small bits together?

Amelia Gray: The first draft of the book was really focused on Isadora, who is the most unreliable person I’ve ever thought about or written. So it was chapters and chapters of this endless, weird, delicious writing and character work, but when I read it I understood it wasn’t going to work. In subsequent drafts, I started thinking about how other people in Isadora’s life played off her. I started thinking about her sister, Elizabeth, who never made it as the kind of genius or had the kind of success Isadora did. Then, Elizabeth’s lover, who is his own strange, inept, scheming character, started to emerge. Finally, Paris, Isadora’s lover, started coming together as a framework for the story. He takes care of a lot of the practical things, even though Isadora gets the first and last word. These characters started providing a frame and a foil, so the more time I spent with them I found they provided their own emotional arcs. That was when I knew I was starting to get more of the book.

Aram Mrjoian: To backtrack a little bit, in order to accurately nail all of these character arcs and the wide range of geographical locations, did you have to do a tremendous amount of research?

Amelia Gray: I love research. In a lot of ways, my research process was holding myself back. I have a bunch of incredible work and writing on Isadora. I talked to people who study her and took two dance classes, but I realized if I let myself run too hard in research mode I’d end up with a narrative fascinated by the time and place more than the emotional arc of the characters. I needed to hold myself back from learning too much, even about Isadora’s life. I held myself to the part of her life I wrote about.

Now I get to go back to this great Peter Kurth book and read all of the exciting, dramatic stories about Zelda Fitzgerald throwing herself down a flight of stairs out of jealousy or Paris offering her Madison Square Garden for a party. That would’ve colored the book in a way that was too much. Her life was just too great!

Amelia Gray: With a novel I force myself to have more patience with ideas. With “House Heart” in particular, I had slightly smaller goals. I was writing based off of two different articles about women dying in crawl spaces and chimneys. A lot of the stories in Gutshot are about the real sense of care people place in living their lives and how that can get twisted pretty deeply. “House Heart” is an example of that. Living in an organized way doesn’t mean you get to avoid the insanity and disorganization and badness of life.

A Gothic Tale Anew in “Born of No Woman”

Aram Mrjoian: Another short story of yours, “Labyrinth,” touches on that idea, but—from my reading anyway—ends pretty optimistically.

Amelia Gray: With “Labyrinth,” I created this sympathetic coward and set him into a maze, which is sort of the structure of any short story. You create a character that embodies some kind of idea and then it’s off to the races.

In a similar way, with Isadora, I kind of wrote my way through, and about three-quarters of the way in knew how it would end. Then I found myself eager to write the ending. I once listened to Joyce Carol Oates talk about how she likes to keep the last paragraph of novels in her computer and hand-writes the lead into it. I’ve never found myself able to do that, I have to write my way in and through the story. Once I’ve invested a good amount of time thinking through it, I find it starts to come to a natural conclusion.

Aram Mrjoian: I ask this question to almost everyone I interview at the end, but have you read anything great lately?

Amelia Gray: Yeah! I just finished Kristen Iskandrian’s novel Motherest. It’s funny and heartbreaking. I also just read Rosecrans Baldwin’s new book (The Last Kid Left) that will be coming out soon. I’ve been enjoying some books that move at a nice clip lately and catching up on my backup galleys. We have a good year in books ahead of us.

Amelia Gray is the author of four books: AM/PM, Museum of the Weird, THREATS, and Gutshot. Her fiction and essays have appeared in The New Yorker, The New York Times, The Wall Street Journal, Tin House, and VICE. She has been a finalist for the PEN/Faulkner Award for Fiction and for the New York Public Library Young Lions Fiction Award, and is the winner of the FC2 Ronald Sukenick Innovative Fiction Contest. She lives in Los Angeles.

A Love Letter to Adventurous Women in “The Arctic Fury”

A Bride of Poetic Ambition in “More Miracle Than Bird”