Join Us For a ‘Conversation’ About “The Books That Matter Now” 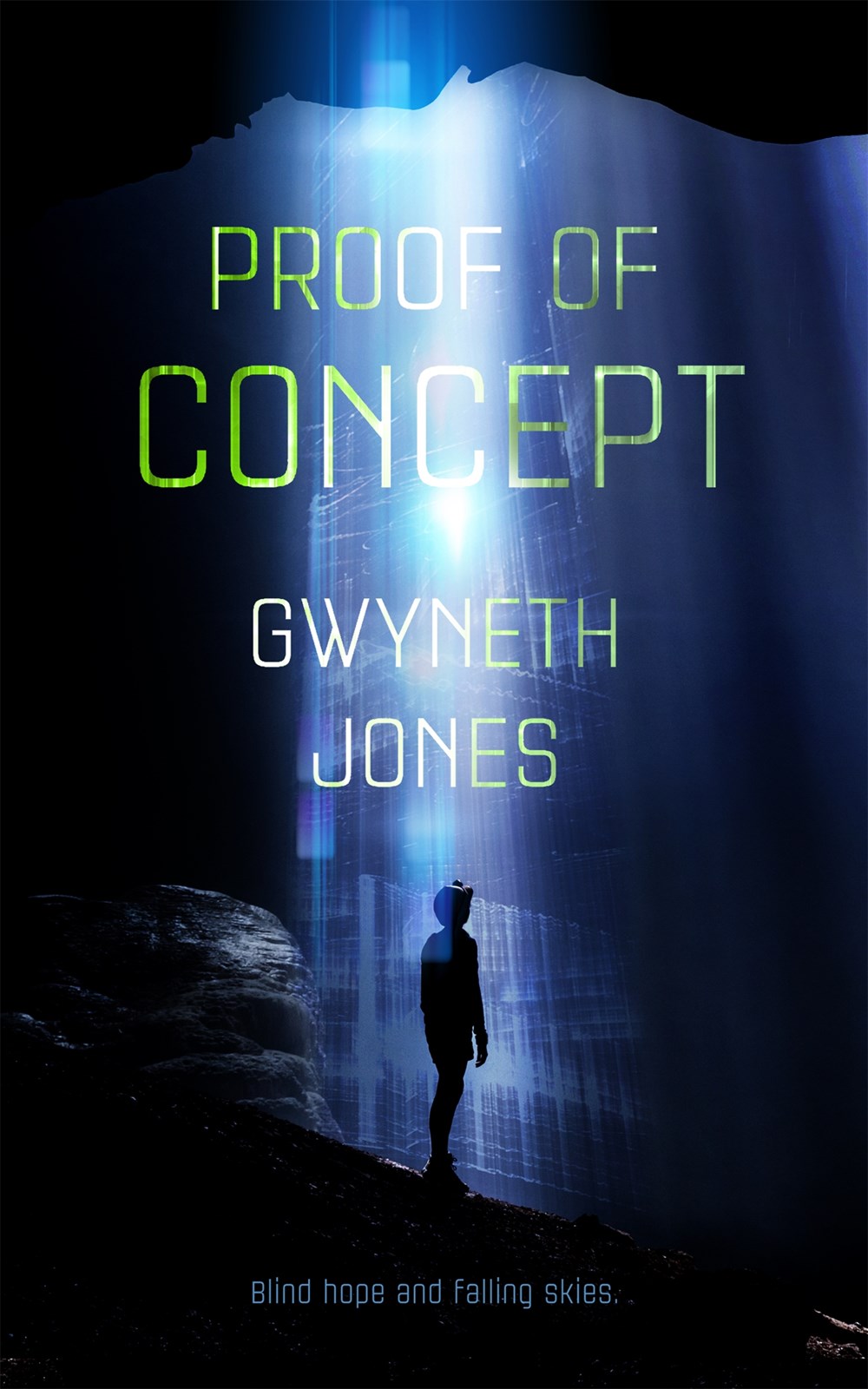 The planet Earth is beyond the point of no return, and its collapse is no longer possible to ignore. As the public becomes increasingly embroiled in apocalyptic certainty, the central question is not “How do we fix the world?”, but rather, “How do we escape?”

This is the eerily familiar setting of Arthur C. Clarke Award-winning author Gwyneth Jones’s new novella, Proof of Concept, which seizes upon contemporary anxieties about the future in a new, terrifying way.

The agent of apocalypse in Proof of Concept is rampant environmental degradation. Earth has far surpassed the limits of sustainability and, although the process has not yet completely destroyed the planet, the future looks bleak. For this reason, most people have become “hivezens,” named after the massive, metallic, hive-like compounds/city-states they inhabit. The desolate and barren landscape between these hives is populated by mutated and diseased wildlife and scavs, a nationless people scraping a dirty and polluted existence from what remains.

In this dire setting, the rallying cry of the collapsing human race is “The Great Escape,” a quest to discover a way for humans to travel to other planets. A few outposts have been established on Earth’s moon and Mars, but these are small, and the living conditions are arduous. For this reason, the majority of Earth’s remaining resources are poured into projects promising scientific discovery. One such project is a highly advanced lab called “The Needle,” a structure built far below Earth’s surface in a massive underground cavern, aptly named the “Giewont Abyss” (stemming from the Polish mountain under which it is located). The Needle is stocked with the most advanced equipment and the smartest minds, all working towards one goal: cracking the “deep code of Einstein’s Universe,” i.e., escaping the matrix of time and space, and thus enabling faster than light travel.

It is this lab that provides the immediate setting for Jones’ story. The novella opens on a press conference covering a last-ditch effort by the scientific community: a one-year, complete-isolation mission dedicated to discovering the key to faster than light travel, the elusive “proof of concept.” This mission is unusual in that it entails a united effort of two different scientific groups. One, led by the populist Dan Orsted, is little more than a community of pseudoscientific but popular television stars. The other, led by the revered thinker, Margrethe Patel, includes many of the greatest scientific minds Earth has to offer. At the center of this final effort lies the mysterious A.I. Altair and his host Kir, an ex-scav adopted as a child by Margrethe, and the protagonist of the novel.

The mission starts well, but as the isolation continues, it becomes apparent that something is wrong. It would be irresponsible for me to delve further, because much of the delight in this story stems from the gradual unfolding of its thrilling, scientific mystery, which progresses at a pace so rapid that in the hands of a less expert writer, it would certainly become nauseating. However, under the subtle guidance of Jones, each revelation is as natural as it is surprising.

While the plot of Proof of Concept is brilliant, the novella’s greatest strength is its complex world. Despite its brevity, Proof of Concept details a fascinatingly complex universe that feels as realistic as it is disturbing. It is clear that Jones spared no time or effort in her research. Despite being advanced, the technology and theory at work in The Needle (which in part includes quantum computers, virtual reality, and Freudian headsets which allow wearers to explore their deep subconscious) feel like clear and believable extensions of current scientific thought, never defaulting to unexplained “magic.”

Jones also imagines intricate, subtle, and disquieting sociological changes that these new developments and the collapsing environment would produce. For instance, the world’s population pressures lead an authoritarian government to control food production and contraception. This ruling body heavily favors the 1% and openly dabbles with eugenics. But as with the rest of the book, these developments are not one-dimensional. Population pressure also leads to a breakdown of the nuclear family, which, in turn, leads to changing attitudes toward sexuality and gender. For example, the central characters of the book break from the familiar binaries of the contemporary world in the virtual reality simulator they must use for sex. In an activity called “play time,” the researchers take on bodies both female, male, and everywhere in between.

In Proof of Concept, Jones presents a future that might not be too far off. The scientific mystery is compelling and the conclusion is satisfying, albeit troublingly ambivalent.