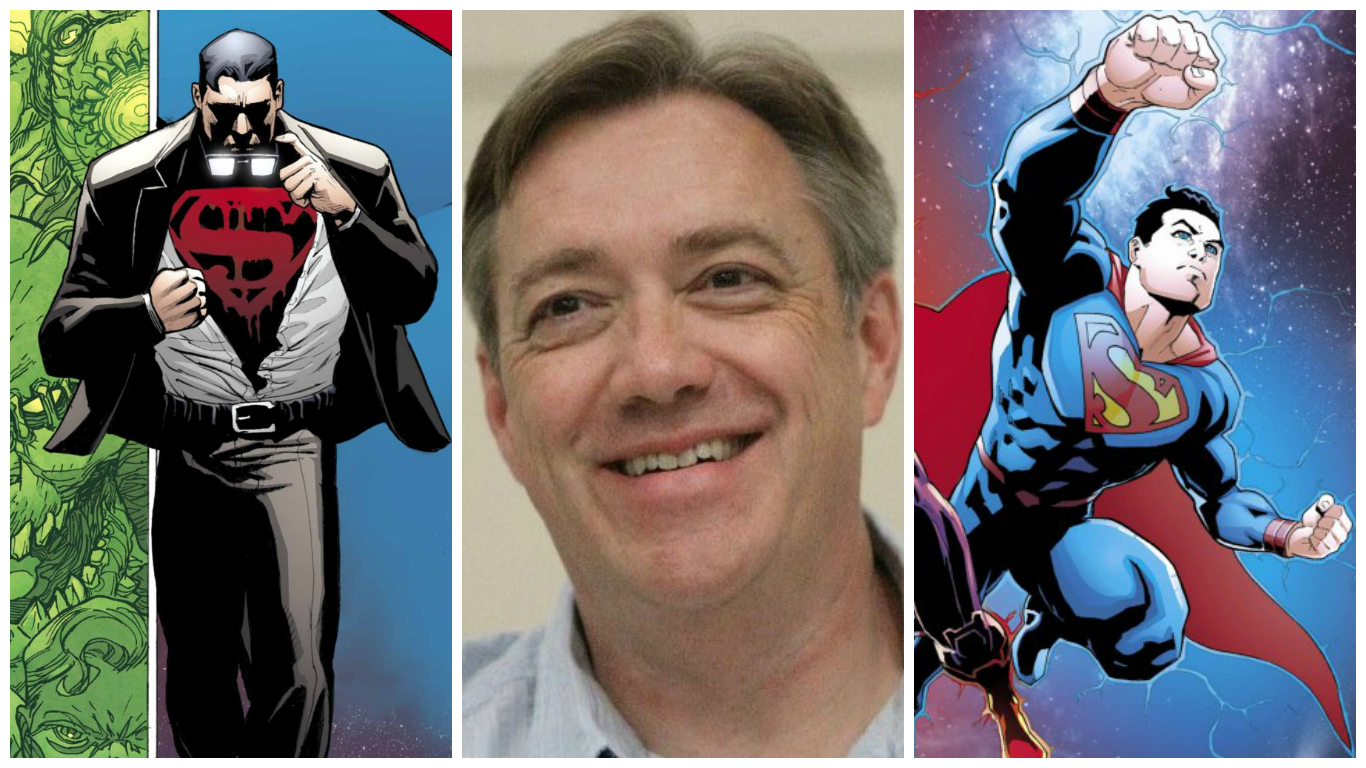 In 1992, a mild-mannered writer from Minnesota killed Superman. It was kind of a big deal — thousands of people wore “Death of Superman” memorial armbands, including Jay Leno on The Tonight Show. To this day, the Man of Steel’s fatal fistfight with the genetically engineered monster “Doomsday” is one of the most iconic scenes in comics history.

Of course, Superman didn’t stay dead for long — that same Minnesotan writer, Dan Jurgens, helped bring him back to life a few months later. More recently, two versions of Superman have been flying around the DC Comics universe: the “original,” older Superman (who was living as a civilian with Lois Lane and their son) and a younger Superman on Justice League duty. But last summer, they killed the younger Superman in preparation for a company-wide relaunch, DC Rebirth.

Dan Jurgens was one of the three writers (along with Patrick Gleason andPeter J. Tomasi) who just relaunched Superman this spring in the four-issue story arc, Superman Reborn. Today, Kal-El’s got a new suit and a new identity. Also today (and tomorrow and Sunday), Jurgens will be at the Chicago Comic and Entertainment Expo (C2E2); you can meet him in Booth P10. I recently spoke with him about how major comics event series are planned, why Superman is still relevant in the 21st century, and what the future holds for the world’s most iconic superhero.

Adam Morgan: There have been hundreds of versions of Superman, but who is Superman to you? What drives him? When writing him, what’s important to get right about his voice?

Dan Jurgens: You’re right in saying that there are hundreds of versions of Superman, but I think it many ways the best versions all come down to a couple of traits.

Superman is an inspirational figure, both to readers and other characters in the stories. He inspires hope. He is a man of integrity, quiet authority and subtle majesty. By quiet authority, I mean that he doesn’t have to tell people what to do or how to behave. He leads by example. People pick up on it and naturally follow.

In terms of subtle majesty, I’m referring to his visual presence. When drawn properly, I think there should always be an aspect of Superman commanding the room. Not because he’s trying to so much as people respond to him that way.

He respects others and they, in turn, respect him. Most of all, he brings out the best in people.

Adam Morgan: What do people often misunderstand about Superman (in the real world, that is)?

Dan Jurgens: I’m often asked if Superman’s time has come and gone… if he no longer fits in the world because we’re now more harsh and negative.

My general response is to say that points out the even greater need for him. If we’re to say that a character of integrity with a great moral compass no longer appeals to us, it’s a far more sad commentary on who we are than who Superman is.

We ought not turn away from a character who embodies that which we all should aspire to.

Adam Morgan: Seeing Superman as a father has really shed new light on him as a character since the Rebirth launch. As a writer, have you drawn upon your own experiences as a father?

Dan Jurgens: Yes. In a way, when readers now see Superman, they tend to see him through Jon’s eyes. Fatherhood makes Superman a bit more human, I think, as he ends up struggling with some of the same issues that many of us having struggled with as either parent or child.

It also gives us nice insight into how Superman has to adjust. Let’s face it, he might be invulnerable in terms of physical threat, but the fact that he has to care for a family makes him more vulnerable.

Adam Morgan: When writing for DC, do you collaborate with editors on the story for a particular arc, or do you and the artist(s) pitch something to them?

Dan Jurgens: I might throw out the initial idea or direction but it happens in the context of DC’s editorial structure. We’ll gather in a conference room and kick around various ideas and character developments until we really flesh it out and set it in place. These discussions might also take place with the creative teams of other related Superman titles.

Adam Morgan: Superman is one of the only superheroes who is also a writer himself. Do you take that into account as part of the way he sees the world?

Dan Jurgens: I take that into account for both Lois and Superman.

I think it helps form their abilities to comprehend the world around them. I also think it fits well with a character who’d rather find a solution than just punch it into oblivion.

Adam Morgan: In the wake of Superman Reborn, what’s next for Superman?

Dan Jurgens: It’s taken some time but we’ve really managed to position Superman in a place that feels right for him, Lois, Jon and the rest of Metropolis. We want to continue to explore that and offer some fresh takes on it because it really is going to be a blend of things that have worked in the past along with some new things we’ve cooked up. As you pointed out, the fact that Superman now has a son has changed things up quite a lot and it’s given us quite a lot to play with.