Today, Amazon opens a brick-and-mortar bookstore in Chicago—in my own neighborhood of Lake View, no less. Like the vast majority of Chicago’s literary community, I’m pretty pissed about that, so I was comforted to see the following post on Rebecca Makkai‘s Facebook account last night (repurposed here with her permission), where she implores Chicagoans to stay away from Amazon and invest their book-dollars where they’re needed most: our beloved independent bookstores. 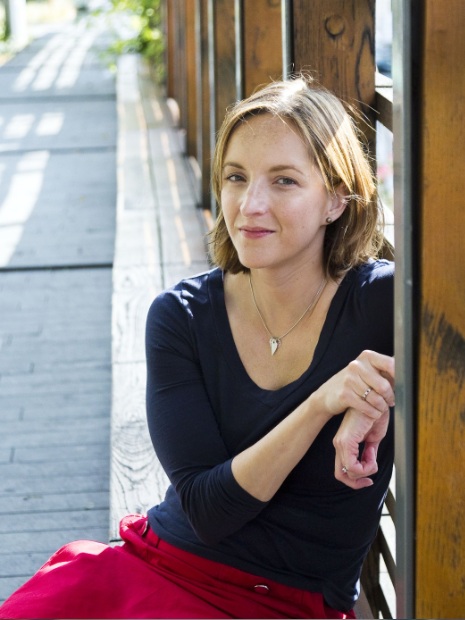 Rebecca Makkai:
“With Amazon at the gates and whatnot, this feels like a good time to remind you how best to enjoy some of Chicago’s incredible independent bookstores. Today would be a REALLY good day to get your indie on. Ahem.”

The Book Cellar
“Get a latte and roam the aisles, which are thrillingly tall. Then get a glass of wine and sit there and write. Go up to the desk to ask for Kurt Vonnegut, because he’s too special to live on the shelves. It’s the same Vonnegut you can buy elsewhere, but you’ll feel like you EARNED your Vonnegut.”

Bookends & Beginnings
“You’re technically in Evanston, but that shouldn’t stop you from enjoying the giant giraffe. This one’s in an alley, so it always feels like you’re in a secret bookstore. It has the best kids-section-with-a-sightline-from-books-adults-might-look-at, which is no small thing.”

The Book Stall
“I know it’s in the suburbs, but also it’s right between one of the greatest independent toy stores and a coffee shop, so you can pretend you’re holiday shopping for your kids when really you’re buying yourself Elena Ferrante and a latte.”

The Book Table
“I actually haven’t been here yet because it’s in Oak Park, which is actually in South Dakota, but the city’s best handseller, Javier Ramirez, works here now, so maybe just go in and hug Javier?”

City Lit Books
“Sit by the fireplace with your new read. Head down the street to Lula Cafe afterwards. Or head there before your friend’s reading and come in pleasantly buzzed. Your friend won’t mind, I promise.”

Open Books
“Buy a huge stack of used books and feel really good about all the literacy programming you just funded. Which is kind of a good excuse to run back and pick up two more books.”

RoscoeBooks
“I once had a dream that this place had a train set running around the whole thing, and that there were bobbleheads of famous writers. Neither of these is true, but it’s a gorgeous new store and you should shop here anyway. This is a perfect one for browsing right after dinner. Don’t know why, but it’s true.”

Sandmeyer’s Bookstore
“Duck in for the air conditioning during Printers Row Lit Fest, and stay because it’s just so damn sophisticated. You might have gone in looking for something pedestrian, but you’re going to leave with a beautiful book on Bauhaus and feel really good about it.”

Unabridged Bookstore
“Go here to feel cool. I don’t know why, I can’t explain it, but you’re a cooler person when you stand in this store. You walk out and all day long people want to be near you. This is not a joke. Try it.”

Volumes Bookcafe
“I’m not saying that you should stalk David Eigenberg from Sex and the City; I’m just saying that he shops here, and once he showed up to shop when I was doing an event here, and I was basically the only person who didn’t see him, and if you wanted to stalk him for me that would be cool. So do that, and drink some coffee or booze, and buy a book from the great local author section. Also you can make a day of it and head down the street afterwards to pick up some weird old out-of-print stuff at Myopic Bookstore.”

Women & Children First Bookstore
“Go here when the world is terrible and you remember that stupid men are in charge of everything and you feel like crying. Pick up some Audre Lorde and James Baldwin and Susan Sontag and feel more politically energized than you’ve felt since senior year of college. Hang out for an event like The Conversation: a Chicago literary series and leave with your brains on fire.”

57th Street Books/Seminary Co-op
“I’m lumping them together, but really they’re good for different things. Sem is great for spotting people with elbow patches. Some of them have Nobel Prizes, and if you follow them around and buy what they do, you’ll wind up smarter. 57th is by far the most splendidly labyrinthine store in the city, and I suspect it’s great for making out with a date, NOT that I’m advocating this — but if you do and then you get married, “Fifty-Seven” would be a great name for a baby.”

“What did I miss? Help me fill in the gaps. And please show our indies your love this week — they always need it, but now more than ever.”