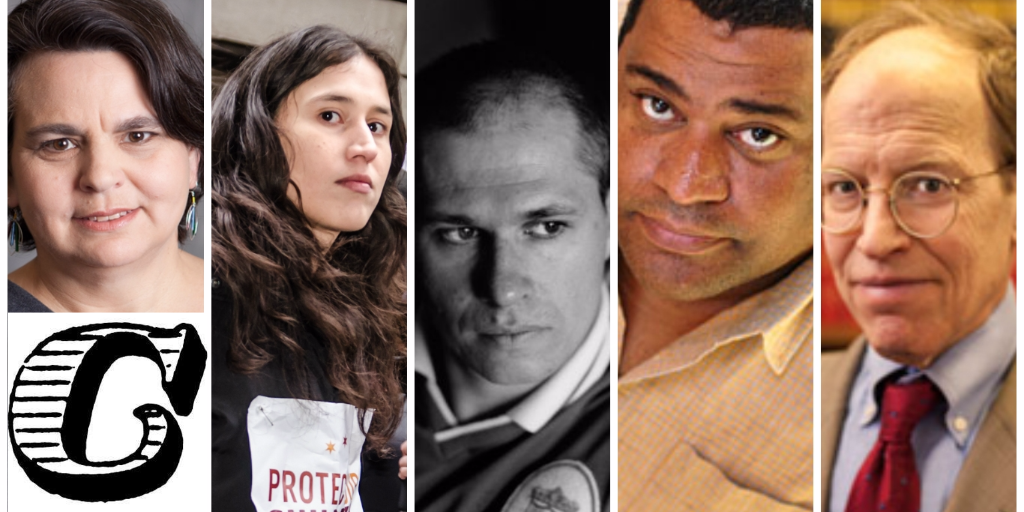 Update: Unfortunately, we won’t be able to stream this month’s event after all. Rest assured the event is still happening tonight at Women & Children First, and we’ll be back with a live stream in March!

On Tuesday, February 28 at 7:30 p.m., the Chicago Review of Books will live-stream the second edition of The Conversation. If you can’t make it to the event in person, you can watch our stream right here via Facebook Live. The inaugural event last month was standing-room-only and was later featured in the New York Times.

The Conversation is a new a literary and cultural series at Chicago’s Women & Children First Bookstore. This Tuesday, literary stars Chris Abani, Aleksandar Hemon, Thomas Geoghegan, Kelly Hayes, and Rebecca Glenberg of the ACLU will have a timely conversation about “Civil Disobedience.” This is not a reading, but a conversation that will open up to include the audience. The conversation will continue afterwards at Las Manos Gallery on Foster, where we’ll eat, drink, argue, and organize.

Each conversation will end with a Takeaway (kind of like optional homework)—an article to read, an organization to engage with, a movie to go home and watch, a protest to attend. But even better: after the event, the conversation will always continue at a nearby bar, gallery, or restaurant where we can eat, drink, argue, and organize.

A Satire of Russian Life in Alisa Ganieva’s “Offended Sensibilities”

The Conversation is a free, no-ticket event, open to all, but donations will be collected at the afterparty to fund a local nonprofit. Click here for more event details, and like our Facebook page to get a notification the minute we go live at 7:30 p.m. The video will also be available to watch online after the event.

Join Us For a ‘Conversation’ About the Body