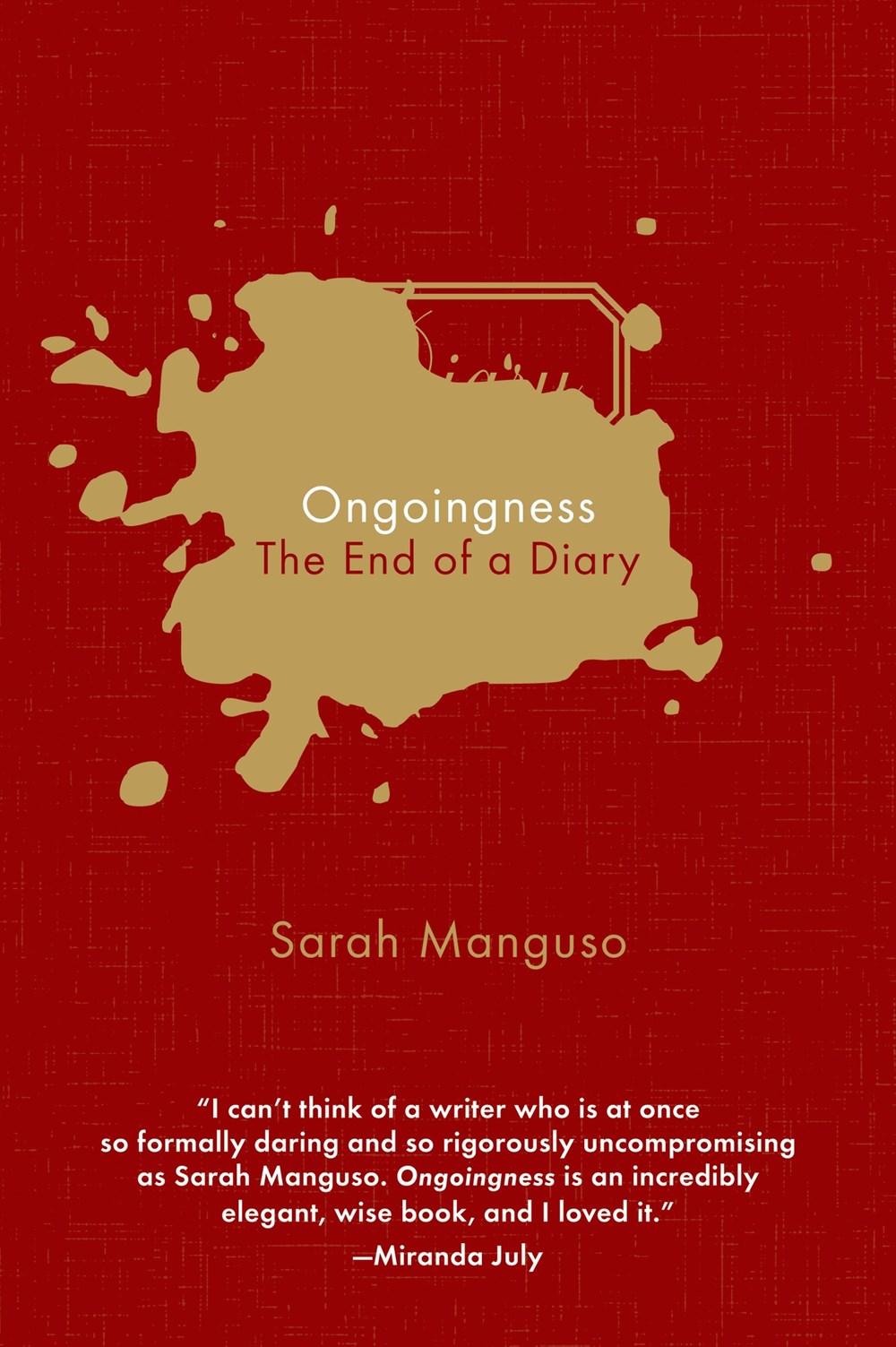 Most people keep diaries to remember big moments, but Sarah Manguso kept hers to preserve the tiniest of details. For twenty-five years, Manguso, who’s published seven books to nearly universal acclaim, wrote daily and fastidiously to produce a diary of more than 100,000 pages. As she writes in Ongoingness, a slim meditation on the act of writing (and re-reading) her diary, the fear of forgetting anything, even the moments she’d characterize as “nothingness,” was akin to losing her life.

The birth of her son, she writes toward the end of her book, seems to have cured her of this fear, and she eventually brought the diary to an end. Ongoingness, then, isn’t a continuation of that personal tome, but a reflection on what it meant to write it—and what it revealed to her about her own way of thinking about and being in the world. Illuminating and often quite funny, her insights transcend mere self-help platitudes: They grab at the heart and jolt the brain into feeling and understanding the world with more compassion.

Ongoingness comes out in paperback this month. To mark the occasion, I spoke with Manguso about what it was like to write the book and what she learned about herself in the process. Her interviewing style proved to be as amusing and thought-provoking as her writing.

Amy Brady: Who or what inspired your title Ongoingness?

Sarah Manguso: In 1992, George Trow went on a road trip with the writer Alison Rose. Ariel Levy wrote about it in New York Magazine. It was on that trip that Trow made the following complaint about life: “The ongoingness of it is, frankly, a real problem.” I loved that line so much, and I never forgot it. It adhered to the book quite early on. You might know that Trow eventually went insane.

Amy Brady: I recently described Ongoingness to a friend as “like a hundred lightning bolts going off in my head.” Every page was insightful. Did the process of re-reading your diary and then writing this intensely personal book about it reveal anything new about yourself?

Sarah Manguso: I hope the lightning bolts weren’t damaging to your circuitry! Writing the book led me to the end of an obsessive worry about “lost” time. It was an exercise in examining and documenting a change of mind that by now seems permanent.

Rereading the diary, on the other hand, was equal parts interesting and boring—I’d forgotten a lot of things, but as I read, I remembered them. Some of it was good reading. Some of it I’d have preferred not having remembered.

Amy Brady: There’s a passage where you describe a former college boyfriend reading your diary. Then you write: “I still don’t care whether anyone reads it.” After publishing Ongoingness, is this still true? Did the intense—albeit overwhelmingly positive—reaction to this very personal book change your feelings about keeping your most personal writing private?

Sarah Manguso: Nope. The book is one thing, the diary another. They are cleanly separate; none of the diary appears in the book, and I still can’t imagine deliberately publishing any part of it as writ. But it isn’t kept in a vault; it’s on my hard drive, in the cloud or wherever. Come and get it! You’ll be mostly bored, I promise. Some of it has, in one form or another, found its way into writing that was later published. But it wasn’t just pasted in; more likely I was thinking about something and wrote it down and then kept thinking about it and rewrote it elsewhere.

Amy Brady: All through Ongoingness you question the concept of time—what it means and how to contemplate it. Do you find yourself thinking about time in more expansive ways now that you’ve written this book?

Sarah Manguso: The book I wrote after Ongoingness is about ambition and failure, which, I realize only now, does also involve time: the simple anxiety that accompanies missed deadlines, missed opportunities. Running out of time is a relatively concrete and pedestrian worry, though, so maybe I’m thinking about time in less expansive ways.

Amy Brady: The sections about your son were deeply moving. Do you plan to encourage him to keep a diary?

Sarah Manguso: Thank you. I won’t encourage him to keep a diary unless he starts showing an affinity for it. From here on out, it’s up to him.

Amy Brady: Is it too much to call the act of writing therapeutic?

Sarah Manguso: Writing helps me think clearly, and in that way it provides a sort of therapy. Scribbling into a notebook, though, with no intention to revise—that sort of writing doesn’t help me. It starts out a mess and stays a mess. But I hear it’s possible to find great relief in doing it. I’d say to continue doing whatever keeps you sane and kind.

Sarah Manguso is the author of seven books, including 300 Arguments, Ongoingness, The Guardians, The Two Kinds of Decay, Hard to Admit and Harder to Escape, and the poetry collections Siste Viator and The Captain Lands in Paradise. Her essays have appeared in Harper’s, McSweeney’s, the Paris Review, the New York Review of Books, and the New York Times Magazine, and her books have been translated into four different languages. She has taught creative writing at Columbia, Princeton, NYU, the New School, the Pratt Institute, the Otis College of Art and Design, and St. Mary’s College, and she is the recipient of a Guggenheim Fellowship and the Rome Prize.