Coming of Age in ‘West Virginia’ 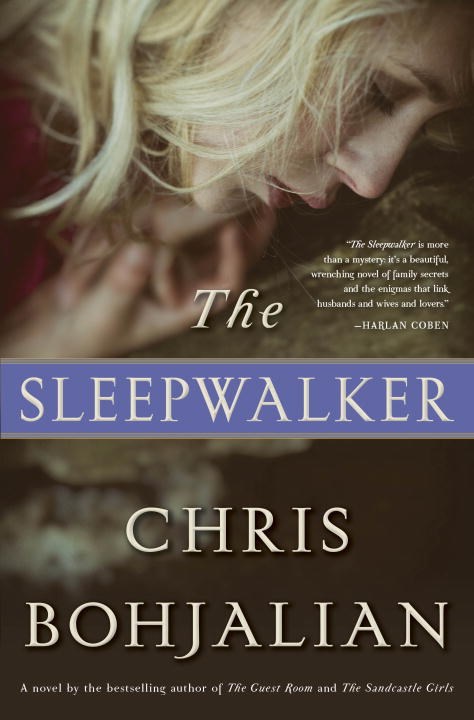 In high school, a friend of mine was an infrequent sleepwalker. Once, her family woke to find her sitting in the tub, having drawn a bath in the middle of the night without realizing it. Since then, I’ve been mildly terrified of sleepwalking. Rationally, I know most parasomnias are harmless, but there’s something chilling about a person who is both awake and not-awake, both themselves and not-quite-themselves, moving about at night.

Chris Bohjalian—author of The Guest Room and The Night Strangers among many others—has harnessed the narrative possibilities of parasomnias in his new novel, The Sleepwalker. Set in small-town Vermont, it’s about a mother with a history of sleepwalking who disappears one night, and her family’s ensuing search. Bohjalian has a knack for writing prose that slips by effortlessly, as well as an uncanny eye for detail and place, all of which are on display in this wick-burner. I recently spoke with Bohjalian about sleepwalking, mystery, and his writing process, which now includes 2-3 movie trailers a day.

Adam Morgan: What drew you to the concept of sleepwalking? Do you have any experience with parasomnias?

Chris Bohjalian: Originally I thought I was going to write a book about dreams: that great Freudian abyss. So, I met with the director of the sleep center at the hospital in Burlington, Vermont to learn more about what the brain is doing when we sleep. He had just come from a patient who happened to be a sleepwalker, and so our conversation rather naturally went there. And he started telling me stories about people who sleepwalk and the extraordinary things they have done. Virtually anything you can do when you are awake you can do while sleepwalking. I grew hooked fast: I knew I wanted to write a book about a sleepwalker instead.

And, yes, I did witness one sleepwalking moment in my personal life. When my daughter was ten years old in 2004, she was with my wife and me in a lovely boutique hotel in Rome. On our first night there, she rose from her bed and walked out on to the balcony. We were on the fifth floor. We awoke and rescued her in what might have been a nick of time. She recalled nothing and never walked in her sleep again.

Adam Morgan: Your novels always have a strong sense of place. As a writer, how do you make settings feel so real?

Chris Bohjalian: It’s usually one of two things: experience or research. In some books, such as The Sleepwalker, I am writing about my own backyard: my corner of Vermont. I know it well because I live here.

In other cases, I am writing about a more distant world: Aleppo, Syria in 1915 in The Sandcastle Girls, for example, or the Eastern Front during the Second World War in Skeletons at the Feast. That demands meticulous research, either in person or via interviews, photos, and film.

But I do try and choose topographies or places that are inherently interesting or cinematic. Vermont, for instance, is a great character. Often we are a microcosm for the issues confronting all of America. Also, our weather can drive you crazy. One moment the state is phantasmagorically beautiful. The next? We endure the endless gray days of November.

Adam Morgan: When writing novels that center on a mystery, are you a planner or an explorer?

Chris Bohjalian: What a great distinction! I love it. I guess I’m an explorer. I have no idea where my books are going. I depend on my characters to take me by the hand and lead me through the dark of the story.

Adam Morgan: How has your writing process changed over the years?

Chris Bohjalian: I’m honestly not sure it has changed in a meaningful way. I still begin around six in the morning and write until lunch. I still count my words. I still try and write a thousand words a day, though I seldom do. (And when I do, a lot wind up on the cutting room floor.)

Here are two small differences: I now begin my day by watching movie trailers. I watch two or three. Those impeccably edited two-minute previews catapult me into whatever emotional place I need to be in for whatever scene I’m hoping to write that morning. Very often I watch the same trailers and often I watch trailers for movies I’ve seen and know well. It doesn’t matter. It’s all about the music and the moments and the Proustian memories they lift from my subconscious.

I also spend a large part of the afternoons between April and October on my bike. I bike 25 to 60 miles most days those months, and often stop to write character notes or whole scenes on my iPhone. That night or the next morning, those notes are worked into my novel. I work about ten hours a day: six or so in the morning and another four in the afternoon and evening.

Adam Morgan: Sleepwalking has always terrified me. Do you often write about what scares you? Why or why not?

Chris Bohjalian: Another great question! Yes, I often write about my biggest fears. Exhibit A? The plane crash that sets The Night Strangers in motion. But I also want to write about those things that are meaningful and bigger than me and more important than me. It’s why I wrote about sexual slavery in The Guest Room or the Armenian Genocide in The Sandcastle Girls. And I hope a novel such as The Sleepwalker helps us to think a little bit about the secrets every family has behind closed doors — and the secrets that exist in most houses between husbands and wives or parents and children. We all have secrets — every one of us.

Chris Bohjalian is the author of eighteen books, including The Guest Room; Close Your Eyes, Hold Hands; The Sandcastle Girls; Skeletons at the Feast; The Double Bind; and Midwives. His novel Midwives was a number one New York Times bestseller and a selection of Oprah’s Book Club. His work has been translated into more than thirty languages, and three of his novels have become movies (Secrets of Eden, Midwives, and Past the Bleachers).