In Which 17 Writers Bring Edward Hopper’s Paintings to Life 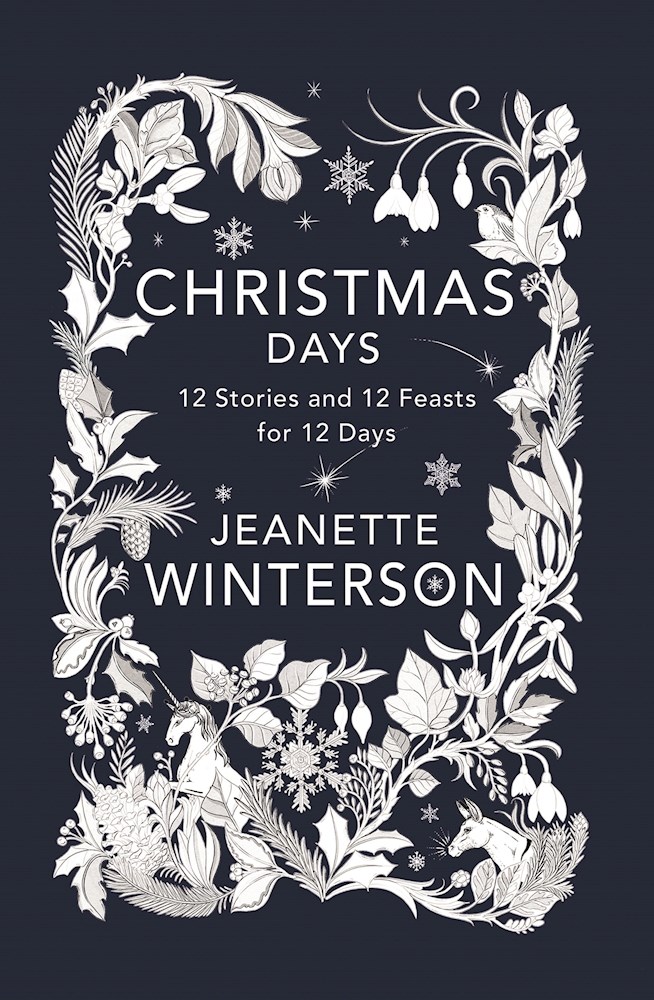 Like many people, I am a huge sucker for this time of year. It largely has to do with the winter weather. Or, perhaps, the elongated break I get between fall and spring semesters as an educator. Despite all of this, there still are the usual Christmas trappings of family, food, and that nonsense about peace on Earth and good will towards all.

Jeanette Winterson is equally susceptible to the tug of yuletide. As she writes in the first entry of Christmas Days: 12 Stories and 12 Feasts for 12 Days, she still holds onto the nobler aspects of the occasion despite the sinister motivations of corporate overlords:

I know Christmas has become a cynical retail hijack bit it is up to us all, individually and collectively, to object to that. Christmas is celebrated across the world by people of all religions and none. It is a joining together, a putting aside of differences. In pagan and Roman times it was a celebration of the power of light and the co-operation of nature in human life.

Again, I’m a sucker for the season, but I hold to my own conflicted outlook. I don’t take to Winterson’s optimism as tightly as I would like. I’m closer to the unreformed Charlie Brown who didn’t fall for Linus’s speech.

Regardless, Christmas Days—a collection of 12 shorts with accompanying recipes—embodies compelling aspects of the holiday. Without being overly sentimental, Winterson’s stories ride a line that embodies the optimism of the season contrasted with the deeper, pagan roots of the winter solstice.

One of the principal texts of Christmas, undoubtedly, is Charles Dickens’ A Christmas Carol. It’s been made and remade many times over: adapted straight off, such as in the 1984 superb CBS movie featuring George C. Scott; turned into animation, like A Christmas Carol (2009), helmed by Jim Carrey; packed with Muppets, à la The Muppet Christmas Carol (1992); or spun off into a wholly different creation, as in the black comedy Scrooged (1988), starring Bill Murray.

The text has been worked over in so many ways that its message of redemption and kindness is baked into the holiday like so many nuts and raisins into barely edible fruitcake. Yet arguably the most compelling aspect of the story isn’t Scrooge, but the ghosts who appear with ill-tidings. The archetypal Christmas story actually has more in common with Halloween than it does with Santa sipping Coca-Cola.

This eerieness is something Winterson often returns to in her stories. Indeed, she notes in her opening piece that the original Celtic start of the holiday season began with Samhain—today’s Halloween. Christmastime emblems like holly and evergreens have a complicated history; they were used as decorations not due to their aesthetic qualities but because they were heartening symbols of life everlasting when the winds and the cold killed off so many in ancient winters. Gaelic and Germanic tribes lugged around pine trees because they were seen as a promise of renewal during the year’s darkest time, not unlike the sinister Biblical mythology of the rainbow—an optical illusion of God’s promise not to kill everyone in a flood again.

Perhaps that’s why my favorite Christmas films are darker, such as Gremlins (1984), Die Hard (1988), and Krampus (2015). These are films that best embody the joy of coming together under the dark skies and frigid temperatures that would kill our ancestors by the bushel. Winterson’s Christmas Days approaches the holiday through many different techniques. Her recipes are completely charming, and their inclusion is fitting because of both Christmas’s association with feasting and its deep history. In a way, placing recipes for mulled wine and steak sandwiches plugs this collection into the deeper meta-arc of Christmastime traditions—of being visited by past, present, and future.

For a fine bit of fireside reading with a needed dose of sour to combat the often overpowering sweetness of Christmas, this book should do the trick.

Jeanette Winterson is the author of seventeen books, including the national bestseller Why Be Happy When You Could Be Normal?, Oranges Are Not the Only Fruit, and The Passion.