How Jason Diamond Went ‘Searching For John Hughes’ and Failed 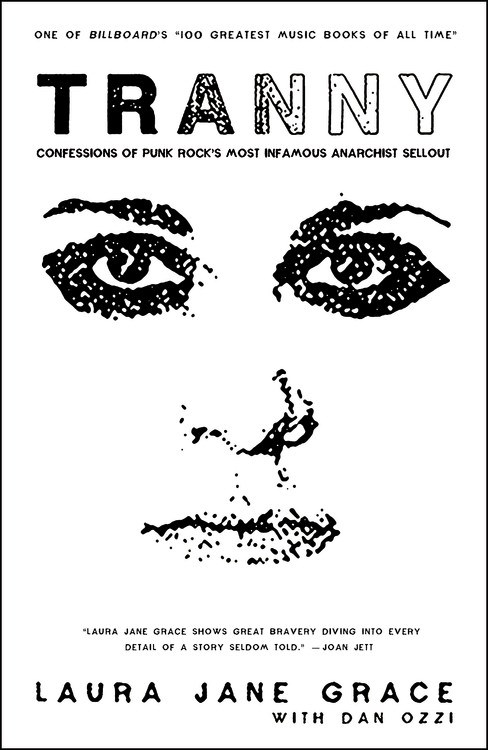 In Tranny: Confessions of Punk Rock’s Most Infamous Anarchist Sellout, Laura Jane Grace shares not only her struggles with gender dysphoria and her eventual transition, but also an inside look at the punk-rock scene that spawned and later became hostile towards her band, Against Me!

When I met members of Against Me! in 2008, one said, “Hi, I’m Tom,” and I replied, “I know.” But I didn’t know anything. On that day, Laura Jane Grace was known as Tom Gabel, and she was in the middle of a miserable summer on tour with her bandmates in constant conflict while supporting an album her fans hated. Against Me! had just released New Wave—their first major label release, and Grace was hiding a bag of women’s clothing in a closet back home so she could be her true self with the doors locked.

Tranny is not the memoir of a specific series of events. It follows Grace from childhood up to the present. Although gender dysphoria and transitioning have been large parts of Grace’s life, she presents herself here as a complete human being—not just a transperson, but a musician, a parent, a friend, a partner. Grace is not a trans musician; she is a musician who happens to be trans. She tells her whole story, including her struggles with addiction, with artistry, with major labels, with the law, and with critics. Grace does not revise or justify her own past, even when it is problematic; instead, she appears to observe herself, and the result is an honest, genuine text. Fans of Against Me! would expect nothing less from the most infamous anarchist sellout.

The best thing about Tranny is that although it was co-written with Dan Ozzi, it sounds like Laura Jane Grace. The diction and tone throughout the book are the same as those Grace uses in interviews and on stage. This effect is largely achieved by the inclusion of journal entries from every stage of Grace’s life. Not only do readers get her recollections and reflections on past events, we also get her in-the-moment thoughts and feelings about those events. Occasionally, an event is reflected on and discussed before the journal entry in which it appears, but attentive readers will have no trouble following the sequence of events.

Overall, Tranny is a well-crafted memoir that will impress not only Laura Jane’s existing fans but also anyone interested in punk music or transgender rights.

Grace is currently touring in support of the book. The tour will conclude on December 2 at Women and Children First in Chicago, IL, where she currently lives.

Tags
Against Me! Tranny