‘Nineveh’ Dives Into the Anthropocene Swamp 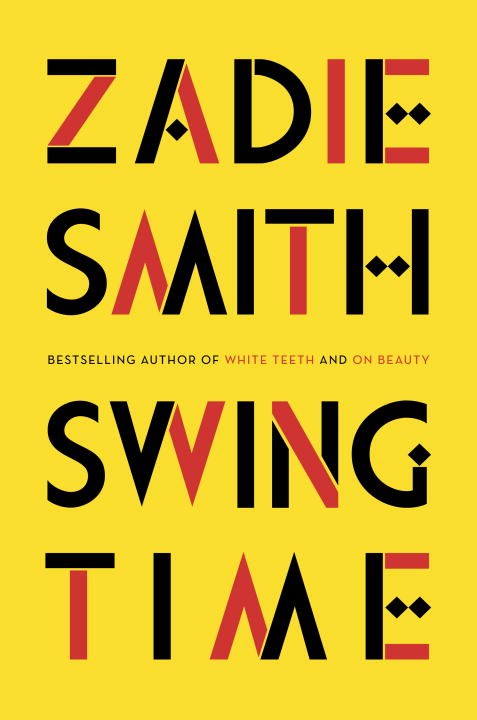 In the middle of Swing Time, there’s a scene in Gambia, where a pop diva has built a charity school. After the school’s opening, our unnamed narrator asks a local boy who completed his higher studies in Kansas why he came back from America to live in his home country. He tells her in his humble way that even though people here are destitute and illiterate, they do not have contempt for other tribes.

“Under God’s eye, we have our difference but also our basic equality. In New York, I saw low-class people treated in a way I never imagined was possible. With total contempt.”

Zadie Smith’s latest novel has many other passages that point out Americans’ entrenched racism. Since the shocking US election results last week, it has become increasingly important to face up to the deep-seated stereotypes and prejudices which white people harbor. And who better than Zadie Smith to hold a mirror up to society? She has always been very perceptive when it comes to capturing all the subtleties of racial prejudices—not only the Caucasian attitude but also the jaundiced-eye view which people of color sometimes unconsciously take.

Swing Time interweaves two story lines—one narrates the friendship of our unnamed protagonist (who for the sake of clarity I’ll refer to as X) with Tracey, while the second follows X in her twenties, working as an assistant for Aimee, a pop idol fashioned after Madonna. The book traces the formative years of X in Northwest London. As in all her novels, the city features prominently in the former part of the novel and Smith captures the pulse of London during the 80s and 90s: a bustling melting pot, boasting an eclectic array of people.

The narrator and Tracey have much in common—they are both biracial, North London council estate girls who love dancing. They form a close friendship but are unable to sustain it as their paths diverge. Tracey is successful in pursuing her dancing ambitions, but is not as successful in avoiding the pitfalls which come with success. On the other hand, X finds her footing in the glamorous world of Aimee, who lives in her own little bubble and is used to having all her whims satisfied, even if it’s adopting a baby from Gambia “as easily as she might order a limited-edition handbag from Japan,” or her impulsive decision to build an all-girls school in West Africa.

The two narratives dovetail against Smith’s larger themes of race and personal identity. Swing Time is shrewd with the question of how much of our self-perspective can be attributed to racial history, parental pressure and peers.

As I’ve mentioned, Aimee decides to enhance her philanthropist image by building a school in Africa. Like many celebrities, she has the attention span of a goldfish, so it’s left to X to supervise the ongoing work on the school and to revive Aimee’s flagging interest in this project. The Gambians initially treat her as an outsider while she acclimates to the downgrade in lifestyle. She is self-conscious when she buys a wrapper for her mother that costs as much as the local teacher’s yearly salary.

During her visit to West Africa, X observes the exercise in futility of dispensing foreign aid in Africa without any planning, which results in no substantial improvement in the prevailing standard of living. The writer sheds light on how such generous, yet inconsistent, donations from people like Aimee—who have too much money to spare—only result in welfare projects that turn into white elephants.

X’s mother is the most well-rounded character in the book, as Smith paints a vivid picture of her personality and zealous aspirations with scalpel-like precision. She has a habit of browbeating everyone around her and would rather be erudite than affable. Her husband, meanwhile, is a good-natured but bland postman, intimidated by his Nefertiti-lookalike Jamaican wife. She is pedantic, as if every act is a deliberate attempt to move away from the domesticity of her present life and her underprivileged background.

The bookshelves in her house soon fill up with secondhand books on activism (history, race, gender) or what her father calls, “All the ‘isms’.” She is always taking new courses from the Open University, name drops ‘The Angel of History,’ scoffs at nighttime television and doesn’t allow her daughter to play with dolls. X is acutely aware from a very young age of how she is not a priority for her mother. She yearns to be the center of her attention, which is hogged by the tomes in which her nose is always buried.

X takes after her father who lets people have their way with him. She learns to be the mediator; a trait of compliance she imbibes and employs for the rest of her life in all her personal dealings. Her mother’s intellectual awakening and rising activism means that she and father are always playing catch up. In Smith’s characteristically insightful style, the narrator describes her early years of living in a house with two mismatched parents succinctly:

My childhood took place in a widening gap. I watched my autodidact mother swiftly, easily, outstrip my father.

The book at times reads like a bildungsroman, but X is passive in all her relationships and seems to learn nothing from her life experiences. She remains stagnant, just as intimidated by her mother and Tracey in her 20s as she was in her childhood. And therein lies my niggle with X as a protagonist: it’s never clear where Smith wants to take her. X is a spectator through which the writer elucidates her views on charity, poverty, racism and media. But even in the end, there is little movement or resolution for X.

Swing Time is about coming full circle and finding some semblance of personal identity in a hybrid—and at times confusing—society. It may lack the verve and exuberant wit of White Teeth but that won’t diminish the book’s impact. Swing Time is starkly different from Smith’s other novels because of its singular point of view. Smith’s name is synonymous with well-crafted sentences and razor sharp yet subtle humor. Here, the latter was conspicuous by absence. But it was interesting to see Smith adopt a more somber and mature tone. More than anything else, Swing Time is about coming to terms with your place in the world. In the narrator’s own words:

I saw all my years at once, but they were not piled up on each other, experience after experience, building into something of substance – the opposite. A truth was being revealed to me: that I had always tried to attach myself to the light of other people, that I never had any light of my own. I experienced myself as a kind of shadow.

“Being Wrong is a Lifelong Occupation”

We All Surrender to Zadie Smith