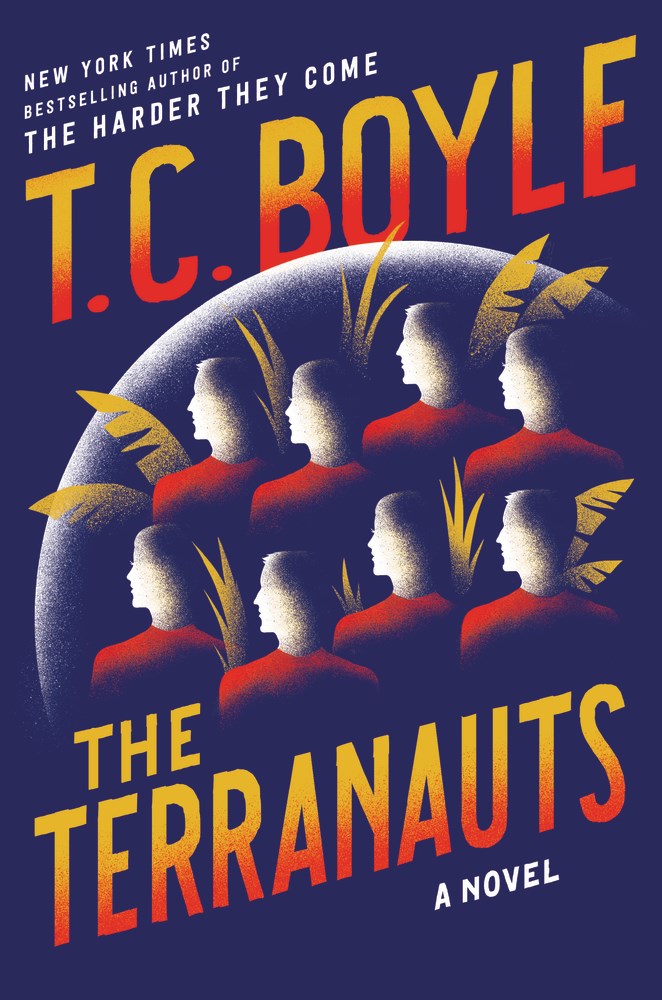 There’s nothing quite like a T.C. Boyle story. The author of more than twenty-six novels and over a hundred short stories, Boyle writes highly-imaginative—at times almost melodramatic—sentences with enviable control and a morbid wit. His subjects are many: enterprising marijuana farmers (Budding Prospects, 1984); the self-assimilation of a Japanese man into American culture (East is East, 1990); illegal immigration (The Tortilla Curtain, 1995); the links between right-wing politics and violence and their effects on familial relationships (The Harder They Come, 2015); to name just a few.

His most recent novel, The Terranauts, hits shelves today. Based loosely on the early-1990s Biosphere 2 experiment, the book introduces us to eight scientists who agree to live for two years in a closed ecological structure designed to mimic Earth’s environment. After “closure” (the sealing of the dome), the scientists are left to fend for themselves while Mission Control—and the rest of the world—watch their every move. In equal turns funny and upsetting, The Terranauts explores the best and worst of human nature while questioning the future of humanity.

In this interview, Boyle and I discuss the book’s anxious themes about climate change and commentary on the fraught relationship between science and religion. He also makes clear his thoughts about the power of ecological literature to change minds and his feelings about reality T.V. (Hint: he’s not a fan).

Amy Brady: Some of the more prominent themes in The Terranauts—anxieties about the environment and the future of humanity, the desire for isolation—can be traced to your previous novels, including San Miguel and When the Killing’s Done, to name two recent examples. What draws you to these themes?

T.C. Boyle: Since childhood I’ve been fascinated with the world around us and how our species fits into it. We are animals, “the third chimpanzee,” as Jared Diamond has it, and yet something else too, given our ability to use language and tools and to reflect on questions of cosmology and ontology. If it weren’t for the deadly impediments of math, chemistry and physics, I might well have become a field biologist like Alma, the heroine of When the Killing’s Done. That said, I keep revolving these questions of our stewardship of the planet (or lack of it) through my novels and short stories, exploring various scenarios such as ecotage and global warming in A Friend of the Earth or the ethics of removing invasive species in the aforementioned novel—and the new one, The Terranauts, extends and expands on this pattern. If the earth is, in fact, radically altered by our activities so that it will no longer support the conditions that allowed our species to emerge and thrive, what do we do then? Take refuge under glass in an artificial world? Plant colonies on the moon? On Mars?

Amy Brady: Has living in California, with its droughts and other environmental issues, influenced your thinking and writing about the environment?

T.C. Boyle:  Absolutely. Since I grew up in New York, the environs here—especially in the Sierra Nevada, where I spend several months a year, and in coastal Santa Barbara, where I make my home—will always seem exotic to me. The Sierras, in particular, where I often have the privilege of being the only great ape out roaming the peaks and canyons and have had close encounters with bears, coyotes, rattlesnakes and (on four separate occasions) mountain lions. The current drought here, now in its fifth year, is an environmental lesson writ large. Climate change is not just theoretical anymore: it is here and harrowing us now. In some place on the mountain where I reside in the Sierras, as many as one in four of our magnificent pines is standing dead.

Amy Brady: How much of The Terranauts is based on the history of the Biosphere 2 experiment? And what drew you more to that experiment, its possibility or its well-documented failures?

T.C. Boyle: Since the original Biosphere 2 experiment was designed to last for a hundred years (fifty two-year closures) and made it only six months into the second closure before it was abandoned, it seemed irresistible to imagine a second and third fictional closure of this astonishing glassed-in greenhouse of 3.15 acres that housed four men and four women and a suite of 3,800 species of plants and animals. I had the factual material from Biosphere 2 (including a host of press articles, as well as accounts by the Biospherians themselves) for authenticity; all I had to do was create fictional characters and set the wheels in motion for Closure II in order to see what might happen. The biggest problem for the Terranauts/Biospherians?  Growing enough food to keep from starving while at the same time balancing out the oxygen/carbon dioxide levels. The second biggest? Getting along with one another.

Amy Brady: I couldn’t help but think of reality T.V. culture as I read The Terranauts. The media’s obsession with the Terranauts’ hook ups, the gossip, the “winners” and “losers” – Ecosphere 2 is practically the new Big Brother house! Did you watch reality T.V. while writing this book?

T.C. Boyle: The original experiment was from 1991-1993 and my fictional second closure is from 1993-1995, long before reality TV became a (sad) reality in our depleted culture, and yet here were my Terranauts, on camera 24/7 and overseen by a Mission Control that was in fact so controlling it presented me with haunting echoes of Orwell’s Big Brother. However, I did not take my inspiration from TV (I have zero interest in reality TV; I have great inner resources with regard to free time—for instance, I know how to read). One of my short stories from the late 1990s reflects on the early days of the Internet, dealing with a soft-porn site (See Sexy College Girls at Home and at Play!) in which every moment is recorded and broadcast in real time. What would that be like for the participants? I wondered. Not to mention the society at large? Maybe, somewhere in the back of my brain, I felt that that notion needed a bigger canvas, which helped propel me to write The Terranauts. By the way: the story is called “Peep Hall” and appears both in After the Plague and T.C. Boyle Stories II. On one level it’s about survival (making money), and on another about privacy (intimacy) vs. surveillance—and this was long before our current surveillance society really took hold.

Amy Brady: Another theme present in your previous novels is the fraught relationship between science and religion. We see it again in The Terranauts—the creator of Ecosphere 2, an enormous scientific undertaking, is nicknamed “God,” for instance. Is The Terranauts a commentary on humanity’s futile attempt to play God? Or, looked at the other way, a celebration of science’s endurance in the face of oppressive religious beliefs?

T.C. Boyle: Thank you so much for bringing this up, Amy. We have forsaken religion as a kind of voodoo in favor of the rationalist’s religion, science.  But, of course, as we have decoded the human genome and mapped out our neurological and endocrine functions, we see that free will is very much a mixed bag—more and more we understand that we are driven by biological necessity, which only makes sense, given that we are walking aggregates of cells.  (Which, by the way, is why I thought the nature film “March of the Penguins” should have been rated XXX instead of being give the G-rating that allowed impressionable little children to see it.)  Needless to say, science doesn’t give us the ultimate answers any more than religion does—somewhere out there, distantly, the two converge and we are left, sadly, with a big dense expanding cloud of voodoo.

Amy Brady: Do you think literature—especially books that address important social (and political) issues like climate change—have the power to change minds? Do you consider that possibility when writing?

T.C. Boyle: Yes. Art can have an effect far greater than any number of polemics. The problem with ecological literature (excepting transcendental writers like Annie Dillard, Aldo Leopold or John Muir) is that it is nearly always prohibitive and depressing, whereas a novel like A Friend of the Earth or San Miguel or even The Tortilla Curtain can draw the reader into the story in order to make his/her own judgments. Keep in mind too that I do not begin any of my novels or stories with an axe to grind or a point to make: I write in a kind of dream, groping my way forward day by day to discover how I feel about an issue, a place, a hope, a defeat, or, in the present case, a glass house that encloses the select and excludes all the rest of us. Is that any way to run a world?