Margaret Atwood’s Version of ‘The Tempest’ Plays It Safe 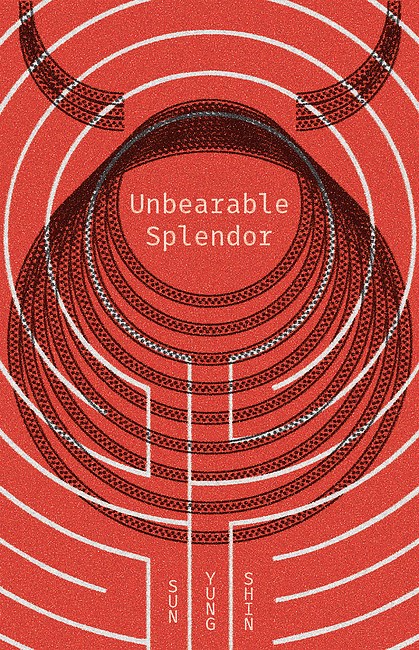 Look to your local bookstores, your libraries, for the incomparable new work by Sun Yung Shin, this Unbearable Splendor that has hit the shelves from Coffee House Press. But be sure to ask for assistance in finding this book, as it will difficult to place—yes, it’s as reviewers say, part poetry, part prose, “poetry as essay,” yes, a book that masterfully brings together disparities as far ranging as Asterion and Korean history, language and media, science fiction and science fact. This is a hybrid text, whose form has an essential function—to fill in this hole, or, as Shin places it, this “Uncanny Valley” left in the wake of her being “knocked loose,” made a “family of one,” an orphan stripped of her family and country of origin. Unbearable Splendor will be difficult to shelve in a single space—perhaps even impossible. Fortunately, this is to the book’s betterment.

Beyond the difficulty of definition, at the center of Unbearable Splendor is Shin’s exploration of identity in the aftermath of displacement. As a Korean adoptee, she grew up in America, with no memory of her parents. In her haunting essay, “Exactly like You,” she points out that “Abandoned and then re-familied, re-kinned, an adoptee is many things, including, I would posit, both a form of ongoing transit and re-territory, a re-form.” She adds that “If our form is different, if we are no longer recognizable, if no one speaks our language, who are we?” There is no easy answer, with even the word adoptee as one that “sounds unfinished.” Words often fail (or maybe worse: succeed), and Shin’s etymological exploration is captivating. Take, for example, the word “Orphan.”

“Orphan is a gorgeous word. Sublime. The first syllable or reminds me of gold ore, or simply the word or, which means the possibility of alternatives, the certainty that another choice is to follow the little word or. English has so many of these tiny words that mean so much—and, the, an, if, so…”

It would be difficult not to be captivated by Unbearable Splendor, at not just what the book accomplishes, but also for its sheer audacity. At just over a hundred pages, this book is like a literary white dwarf star, small but densely compacted with the likes of androids, future clones, fetal dreams, monsters and their prisons, and, yes, finally, Antigone, who could very well be the “Original Cyborg.”

With Antigone, the themes of the book seem to take an even sharper focus. Shin writes, “What is a cyborg but a hybrid creature of excess? A thing that exceeds the sum of its parts. A thing that has extended its powers, enhanced, even superpowered. Antigone, the supernatural. The uncanny. Unheimlich, Freud’s word. Un-home-like. Antigone the homeless, Antigone the stranger, Antigone the royal, Antigone, in place of mother.” Shin fearlessly deconstructs these concepts in a bid to construct a self, and the results are often mind-bending, but, more importantly, breathtaking for the reader.

One of those breathtaking pieces, and one of my favorites, happens to be “The Other Asterion, or, The Minotaur’s Sacrifice (A Story),” which is the most narrative piece in the book. It takes an alternate look at Borges’ “The House of Asterion,” following, in Shin’s tale, the guard of this Minotaur’s metaphysical prison. It seems, at first, an odd direction for the book to take, but it’s soon clear how well this story fits in. “From the time of birth to the time of death, every word you utter is part of one long sentence,” the guard surmises. “This sentence is utterly, heartbreakingly unique. Never before and never again.” In many ways, every piece in Unbearable Splendor is part of one long sentence. There are other Asterions that occupy different rooms in this prison, all at once, and even the guard begins to mirror and then foreshadow him. “All those Asterions were also the real, one Asterion. Yet each moved and thought with an individual will, as if one Asterion was as dense as a hundred people, but without being heavier, without being burdened. They all fit somehow within, simultaneously, in Asterion.” Asterion, just like Antigone, just like the cyborgs and future clones (and Korea itself), is fractured, holed, an exile, an other. A stranger even to one’s self.

Approaching this book from positions of identity and interest, each piece here seeks to conquer the uncanny valley found in the stranger; the hybrid nature of the text is essential because it can also be attributed to anyone that has been ever been viewed as a foreigner. And if it’s like Shin shows us in Unbearable Splendor, that humans are more like machines than we’d ever like to imagine, so too is a book. Like a lean, mean, efficient literary machine, Sun Yung Shin’s Unbearable Splendor uses its hybrid nature to arrive on bookshelves as something very true, heartbreaking, and, ultimately, unbearably human.