Janice A. Lowe Takes Poet Activism to a New Level 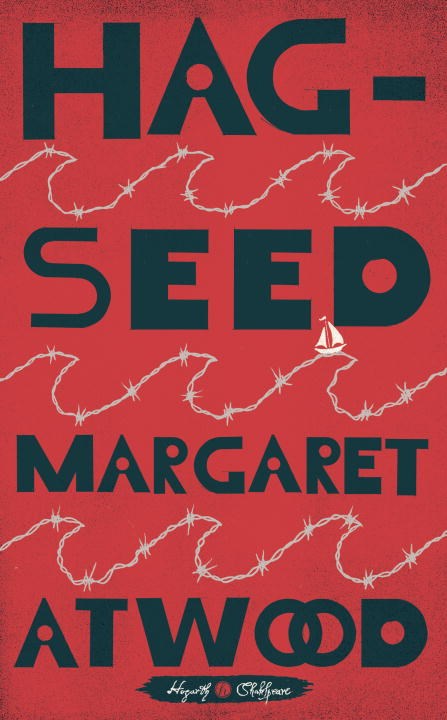 For over 400 years, Shakespeare’s works have been ingrained in our culture. They have been read in schools, performed on stages, and retold in every medium imaginable. It takes great talent to reimagine one of Shakespeare’s plays into something fresh, which is why the Hogarth Shakespeare project has asked such acclaimed novelists as Jeanette Winterson, Howard Jacobson, and Margaret Atwood to champion their retellings.

Her Prospero is not a sorcerer, but a man. The magic Felix Phillips controls is the magic of the theatre, and it has brought him critical acclaim as the artistic director of the Makeshewig Theatre Festival. Felix is on the verge of putting on his wildest Shakespearean vision in his production of The Tempest, when he is suddenly and unceremoniously ousted by his treacherous second-in-command. Exiling himself, Felix adopts the guise of Mr. Duke and begins to teach Literacy Through Literature at Fletcher County Correctional Institute where he teaches Shakespeare to prisoners until the year he’s given the opportunity to enact his revenge.

As an adaptation, Hag-Seed sticks close to the source material. Felix Phillips is Prospero, and facsimiles for The Tempest’s cast are everywhere. Where The Tempest presents its play-within-a-play, Hag-Seed presents The Tempest put on by the Fletcher Correctional Players. Within Hag-seed, The Tempest is entirely recognizable.

The novelization is as much a lesson in English literature as it is a literary adaptation. Even for those of us who haven’t touched Shakespeare since high school, Hag-Seed is almost painfully predictable. Felix’s dissection of the play for his students, and Atwood’s readers, leaves little to uncover in the reading of the story, ultimately letting the air out of the more climactic moments.

Hag-Seed is compelled by the idea of prisons, and this is where we find Atwood’s mastery. She has, of course, set her novel in a prison and has Felix direct her readers’ attention there on multiple occasions as he asks his students to consider this very idea. It’s hard to miss where she wants us to look. Yet, questions remain in where some of these prisons appear in Felix’s own life, and Atwood leaves us to wonder about one integral prisoner: Caliban, the novel’s namesake. This is one of Shakespeare’s only characters who lacks as clear a counterpart as most of the others. Prospero and Caliban are intrinsically tied, as Prospero declares in The Tempest, “this thing of darkness, I acknowledge mine”, but where is Atwood’s Caliban? What consequence does his presence have for Felix, for the reader?

Despite the simplicity of Atwood’s retelling, there are secrets left to be discovered. Readers looking for Atwood’s wit and mastery of language will find it at work here. It’s a shame we don’t see a reach for something more groundbreaking in Hag-Seed, though perhaps that’s not what we look for in reinventions of Shakespeare, and Atwood more than does justice to the Bard.

6 Shakespeare Adaptations for the Ides of March