‘The Mothers’ Makes a Case for First Person Plural 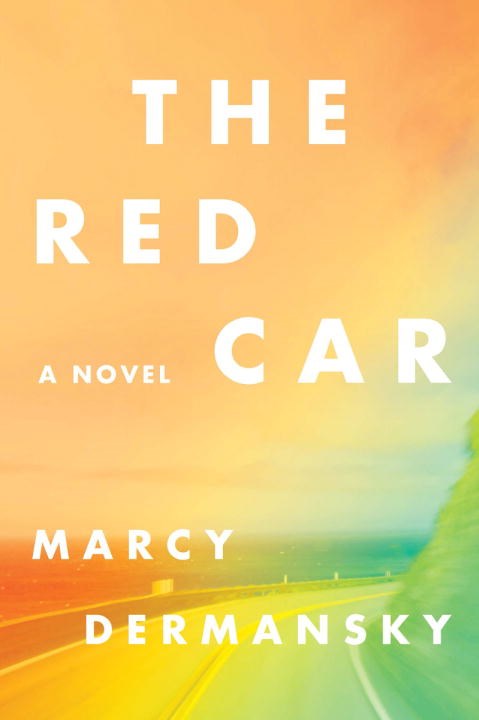 American pop songs about cars usually involve pursuing girls: A boy uses his wheels to impress a girl and win a kiss (or something more) before driving off to woo another. Rarely is he looking for monogamy. One exception to the traditional car-song narrative is Prince’s “Little Red Corvette,” which puts the girl in the driver’s seat and the boy in the position of being left behind. “Love ‘em and leave ‘em fast,” the singer laments as he watches her drive away.

Like Prince’s pop masterpiece, Marcy Dermansky’s genre-bending new novel, The Red Car, upends expectations. Meet Leah, a young woman who has just finished writing her first book. It’s a huge accomplishment for anyone, but especially for Leah, who left a good job in San Francisco to enter a M.F.A. program and who’s now living on a shoestring in Queens as a part-time writer for an aggregate news company. She met her husband, Hans, in graduate school. Brawny, Austrian, and emotionally volatile, he’s not who she thought she’d marry. She had asked her former San Franciscan boss—and motherly mentor—Judy, whether she should go through with the wedding, and she advised strongly against it. Leah, still young and naïve about how much honesty can hurt, never spoke to her again.

Both choices—to go through with the wedding and to ghost Judy—were mistakes. Hans turned out to be controlling and needy, and after leaving San Francisco, Leah found few people to confide in. She works to keep depression at bay by telling herself things could be worse, and for a while, her stultifying marriage is bearable. Then she gets a phone call.

Judy, it turns out, has died in a car accident. When Leah flies to San Francisco to attend the funeral, she learns that her former boss has left her a prize possession—the red sports car she died in. Confused as to why Judy would leave her the car, Leah initially considers selling it. But then something strange happens: she starts to hear Judy’s voice. She speaks not through the car, exactly (this isn’t Knight Rider), but in Leah’s head—and occasionally through her body. Whenever she’s seated behind the steering wheel, Leah becomes not unlike the owner of that little red Corvette in Prince’s song—she wants to drive fast and break hearts. Unfortunately, that impulse is what killed Judy.

The slim novel draws tension from these key questions: Are the car’s malevolence and Judy’s voice from beyond the grave real, and if so, will Leah make it out of California alive? Given its supernatural elements, the book echoes the magical realism of Haruki Murakami (who, we’re told, is Leah’s favorite author). But those elements are only half the story. The book also asks: will Leah find new love? Since arriving in the sunshine state, she has found herself sexually attracted to a range of types: bookish and sporty, focused and dreamy, male and female. If this secondary storyline seems like a strange fit with the first, it is—despite such refreshingly transgressive themes, the two don’t always cohere.

The protagonist’s motives are also occasionally ambiguous. Like most human beings, Leah is an emotional and psychological mystery unto herself—why do any of us do anything? But her unknowability runs frustratingly deep for a character whose brain we spend so much time in.

Dermansky’s writing is taut and smart. And it’s a thrill to cheer on Leah, that admirable badass, wherever the red car takes her next. But it’s hard to see by the novel’s end how much she’s changed or what her future might hold. The Red Car therefore reads more like an aimless joyride than a trip with an itinerary—all great fun, but no clear destination.

‘The Unfinished World’ Will Crawl Under Your Skin