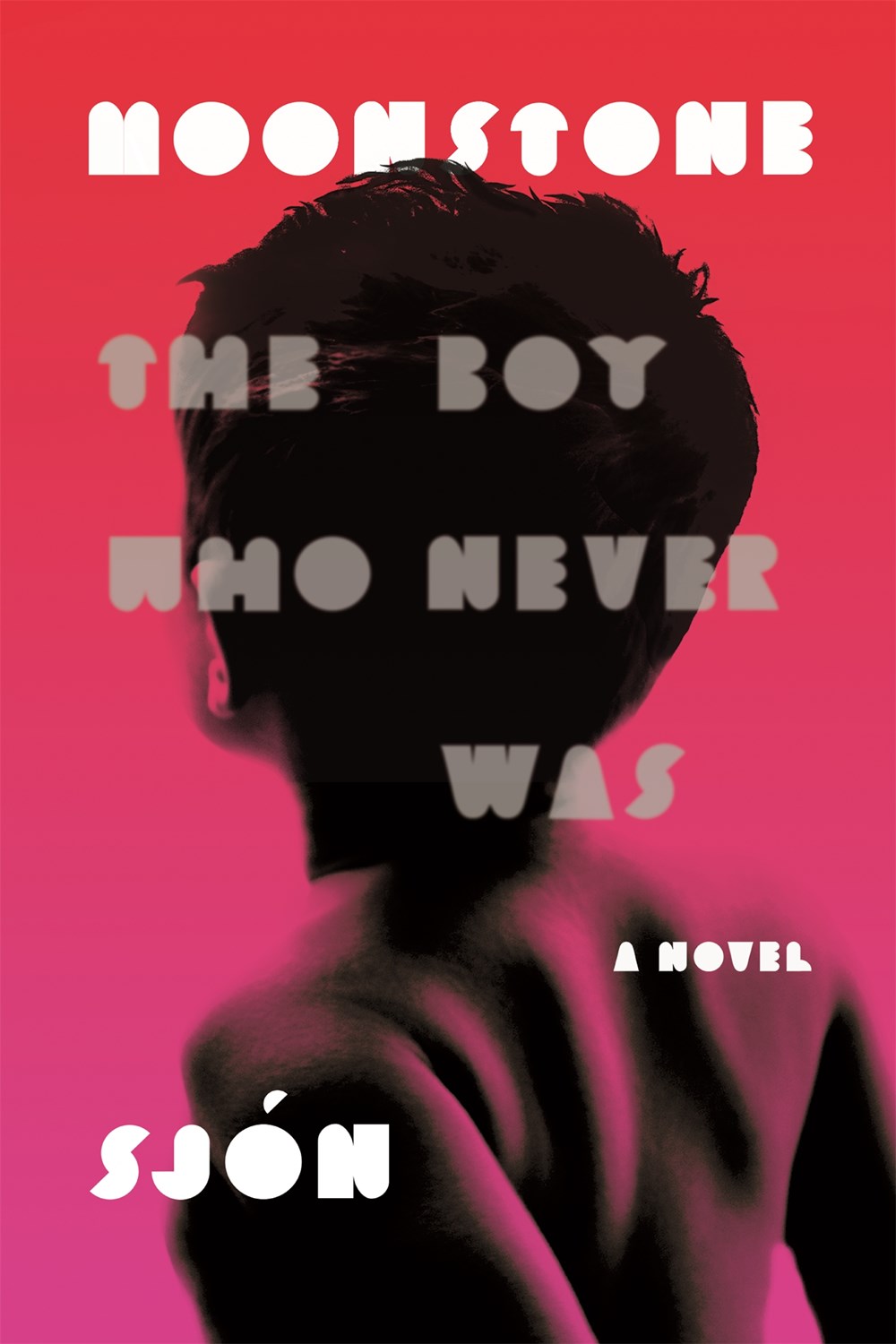 The 2010s may be remembered as the decade when Scandinavian art and culture first truly captured the imagination of Americans. Steig Larsson’s crime novels kicked everything off just before the turn of the decade, and since then we’ve been obsessed with TV series like The Bridge and The Killing (as well as their inferior American remakes), and books from Karl Ove Knausgård, Jo Nesbø, and others, not to mention a renewed interest in the works of Tove Jansson.

But my personal favorite Scandinavian import is a surrealist, minimalist writer from Iceland, thanks to a series of gorgeous translations from Farrar, Straus and Giroux. I first stumbled upon Sigurjón Birgir Sigurðsson—known as Sjón and pronounced “shown”—at a bookstore in Copenhagen last year, where I couldn’t say no to the cover of From the Mouth of the Whale. I recently spoke with Sjón about his new novel, Moonstone: The Boy Who Never Was, the modern filmmakers who inspire him, and why his fourth novel from FSG is so personal.

Note: Sjón is in the United States this week (Monday-Thursday, Sept 26-29) for a series of readings and signings in New York, Cambridge, DC, and Pittsburgh. Click here for details.

Adam Morgan: Most of your books are fairly slim. Why do you prefer shorter novels to longer ones?

Sjón: Well, while I am exploring the material that goes into the making of a particular novel, I also search for the form the narrative “wants” to take, the shape and size of the book. So far no single book has asked to be longer than 240 pages (From the Mouth of the Whale) but I am prepared for the day I find a story that requires a narrative method that stretches beyond that number.

This autumn will actually see the publication in Icelandic of a trilogy collectively called CoDex 1962. It comes to 565 pages and is my “long book.” Hopefully you’ll be able to read it in English before too long. Still, I take special pleasure in condensing a wealth of material into a concentrated, small work that reads like a fragment from a grand historical narrative while retaining a hint of the whole world it stems from.

Adam Morgan: What fascinated you about the 1918 Spanish flu epidemic in Iceland?

Sjón: Like many authors before me—Giovanni Boccaccio, Daniel Defoe, Mary Shelley, Herman Hesse and Albert Camus, to name but few—I saw the potential in revealing a culture through its devastation by a plague. As epidemics reach every level of society, no one is out of their reach. They slaughter paupers as well as princesses. So, to take a look at our tiny capital town, Reykjavik, as it struggled through the fateful weeks of the early winter of 1918 was quite irresistible.

But the fact that we also saw a massive volcanic eruption at the same time, plus the end of the First World War and Iceland becoming a sovereign country on top, made it a unique setting for a novel. Having been handed all of that by history my task became to find a character who lived a life where those great events existed in the background. A queer sixteen-year-old, orphaned cinephile turned out to be the right person for carrying us through the extremes of all that.

Adam Morgan: Judging from the final pages, Moonstone is your most personal book. Why was it important for you to tell Máni Steinn’s story?

Sjón: I am of a generation in Iceland where the LGBTQ community started becoming visible and campaigning for equal social rights. Like many of my friends and schoolmates I had been exposed to the questions of gender and sexuality through the diverse androgynous personas of David Bowie, who we studied as intensely as his music. This led to an understanding of the plight of those among us who were not allowed to live whole, and whose human nature was still vilified by society.

In most of my novels I touch upon those issues in one way or another: in The Whispering Muse you have the trans-character Caeneus who was born as princess Caenis. The vixen in The Blue Fox becomes a male fox once the reverend has taken over her body. And in From The Mouth Of The Whale the walking corpse is a former effeminate young man who had died while trying to conform to his father’s ideas of masculinity.

But I always knew that I would write more directly about it and in context with Icelandic history, especially after my uncle Bósi died from AIDS-related illnesses in 1993. Moonstone is dedicated to him and is inspired by his life and the lives of many of my friends. Some of who, sadly, did not survive the self-contempt and desperation society had instilled in them at a young age and that proved as lethal as any biological virus.

Adam Morgan: Your three previous translations at FSG shared a cover art aesthetic. What was behind the decision to deviate from that aesthetic for Moonstone?

Sjón: As rule of thumb, I do not interfere in the design of the books outside Iceland—where I like to work with the designers on the original editions—and as a result the covers have been wildly different from country to country. I really enjoy seeing the various interpretations the designers come up with. It is like looking in the mirror and discovering yourself in new clothes each time, clothes that you would never, ever have thought of dressing up in, but suit you none the less. I loved the design of the three books published by FSG in 2013 and I think the new one is striking. As for why Sean MacDonald and Rodrigo Corral want to see me dressed in orangy-pink this time around, you would have to ask them.

Adam Morgan: It’s clear from Moonstone that you’re a cinephile. How did Les Vampires impact you as an adolescent in Iceland? What filmmakers inspire you now?

Sjón: Well, I really didn’t watch Les Vampires until I started doing research into the early days of cinema in Iceland. There weren’t that many opportunities to see the silent classic when I was growing up in Reykjavík in the 60s and 70s. Apart from seeing Chaplin’s features which were being re-released at the time and the occasional comedy capers collections on TV it wasn’t until I joined a film club at sixteen that I started watching the masterpieces of the era. There I saw Metropolis, Nosferatu, Intolerance, The General, L’Age d’Or, The Battleship Potemkin, Man With A Movie Camera, The Phantom Carrier, etc.

Until then I simply saw what was on on any given day in one of Reykjavík’s six cinemas. It could be anything from car-chase or kung-fu movies to the latest European arthouse films. You just bought your ticket and let whatever was projected onto the screen happen to you. And I am still a cinema-goer like that. I enjoy all types of films and think that you can’t claim to be a cinephile unless you do. So, to name four very different living filmmakers of the many that inspire me today, I’ll say Béla Tarr, Wes Anderson, Kathryn Bigelow, Apichatpong Weerasethakul, Guillermo Del Toro, and Joel and Ethan Coen. Well, that is seven, but seven is a sacred number in the religion of cinema.

Adam Morgan: You’ve stated before that Iceland is bereft of queer literature. What has the response to Moonstone been like back home?

Sjón: I must say that the overwhelmingly positive reception came as a surprise to me. I really thought that a book that dealt with the body horrors of the Spanish flu, silent cinema, and queer sex would only appeal to my hardcore readers. Instead it turned out to be the formula for a bestseller in Iceland that autumn and my most successful book. It received love from all around. I was stopped in the street, in cafes and shops by people thanking me for it. It was awarded every literary prize in the country apart from the Women’s Literary Prize. But the response that mattered the most to me came from the LGBTQ community which saw it as important that one of their own had become a part of the gallery of characters in Icelandic fiction.