How Brian Evenson Wrote His New Sci-Fi Novella, ‘The Warren’ 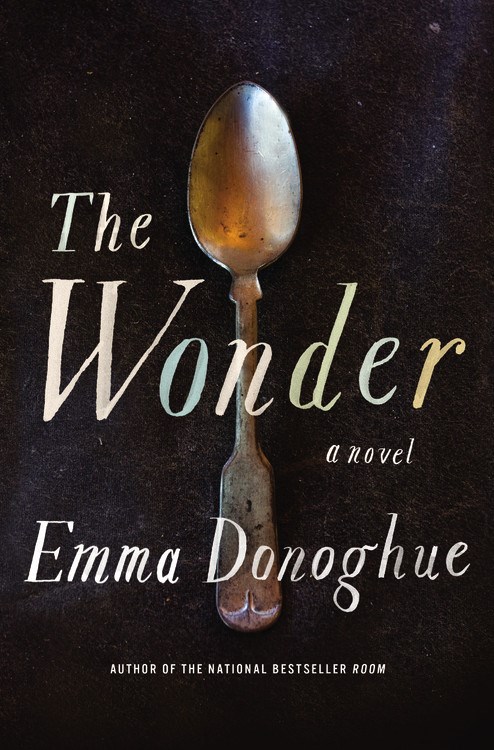 Emma Donoghue’s ninth novel hits shelves today. Set in nineteenth-century Ireland, The Wonder stars Lib, an English nurse trained by Florence Nightingale, and Anna, Lib’s patient, an eleven-year-old Irish girl who claims to be living on nothing but manna from heaven. Part history novel, part Gothic thriller, The Wonder is itself a wonder, brimming with rich historical detail and crackling dialogue.

As its story unfolds, the reliability of both protagonists is thrown into question: can Lib’s medical judgement be trusted when her past remains such a mystery? Is Anna the victim of an elaborate hoax or a willing participant in it? Or is she really experiencing a miracle from God?

Through an email exchange, I spoke with Emma about The Wonder, including the fascinating history that inspired it. We also discussed gender parity in the book world—and in film—and how literature can teach us to overcome cultural prejudices.

Amy Brady: I want to talk mostly about The Wonder, but first: you were recently nominated for several awards (including an Oscar) for your screenplay adaptation of Room. Which is harder: writing a book or adapting it for film?

Emma Donoghue: Adaptation is more technically difficult, but inventing the world and characters of a literary work in the first place is a greater effort of the imagination. Meaning that both are hard in really challenging, satisfying ways!

Amy Brady: You’ve mentioned in previous interviews that it’s hard for women to reach a certain level of influence in the film world. I think it’s safe to say that the world of fiction also has some parity problems. What advice do you have for women trying to break into either?

Emma Donoghue: The parity issue in the book world doesn’t compare! I’ve read that 90% of film directors are men, and 85% of screenwriters, and I’d imagine there are similar figures for many of the techie trades within film. Because films cost so much to make, biases (about what audiences want to see) linger horribly. I don’t know that I have any really helpful experience to share with women wanting to make film, as my own way in was such a happy fluke: I got to write the film of Room because I’d written the book, held the rights, and wrote the script without asking anyone whether I should. The only advice I can think of to share is, network with other women working in the industry, and have grand ambitions.

Amy Brady: Who or what influenced the development of Lib and Anna in The Wonder?

Emma Donoghue: So often I start with a situation, then dream up how the characters would have to be to make them behave that way. In the case of the young Anna, I knew she would need extraordinary strength to renounce food, and I thought her dilemma would be all the more moving if we can see wonderful qualities (idealism, intelligence, even wit) that have been turned to perverse ends. Lib was inspired by that first generation of nurses who were real professionals, under Florence Nightingale, and also by the climate of skepticism in the 1850s, when Darwin’s theories rocked so many people’s certainties.

Amy Brady: The Wonder is largely a psychological thriller. But it’s also historical. Here you’ve captured 1850s Ireland so well—its strange, boggy landscape, its devout Catholicism. And Lib’s background as a Nightingale nurse also reads as spot on. What is it about this time period that drew you to it? And what kind of research did you do while writing?

Emma Donoghue: I picked that decade because in previous centuries, the interpretations of ‘fasting girls’ would have been completely wacky by our standards (miracles, freaks), and just a little later, by the 1870s, the concept of anorexia was being identified in medical literature: the 1850s struck me as a hinge moment, when scientific principles had to coexist with much older ways of thought. I did a lot of research, particularly into the thorny byways of Catholic theology but also into more concrete matters such as the design of cottages or the birds one might have seen in the Midlands then. I always do a lot of research, even if I’m setting a novel now; I’m simply too unobservant and forgetful to be able to describe anything without checking the details!

Amy Brady: Speaking of research, I believe you wrote a PhD dissertation on 18th-century fiction. If you could’ve written any novel from that time period, which would it be, and why?

Emma Donoghue: Samuel Richardson’s Clarissa, which makes the kidnapper as rich a character as his victim, and puts the reader through an astonishing, prolonged experience of captivity.

Amy Brady: The tension between Lib and Anna’s family runs much deeper than religious differences. Everywhere Lib looks she sees suspicion of her Englishness. In some ways, The Wonder speaks to tensions that continue today. Why is it important for writers—and perhaps for Irish writers in particular—to address tension between both countries in contemporary fiction?

Emma Donoghue: As an Irishwoman who has much more in common with the educated English nurse protagonist than with the Irish peasant characters, I so enjoyed setting them against each other, not just for the minor battles but for those moments in which Lib, too, has to learn, concede and change. As someone who’s emigrated twice (first to England, then to Canada) I’m fascinated by these microcosmic cultural differences and tensions. I think fiction is one of the best possible ways to educate readers out of their prejudices.

Amy Brady: What are you working on next? Any projects you’d like our readers to know about?

Emma Donoghue: Sure. I have one foot in the world of film these days—doing a screenplay of my last novel Frog Music, as well as adapting other writers’ books for TV and film. And my newest venture is writing for young readers: The Lotterys Plus One (for the 8-12 age group). It will come out in Spring 2017.

Faith and Fanaticism in “Haven”