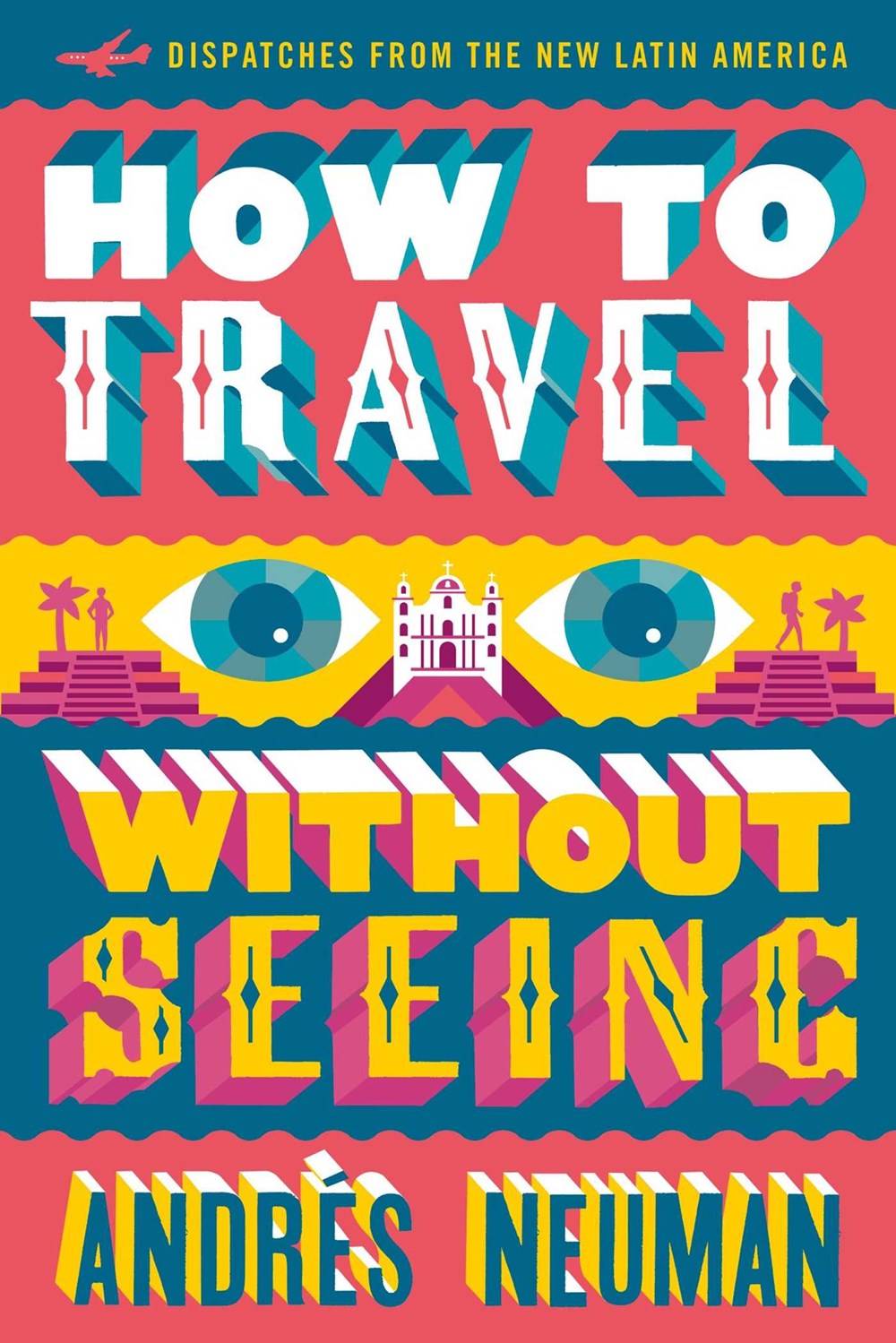 Roughly midway through Andrés Neuman’s How To Travel Without Seeing, his chronicle of an 18-city book tour throughout Latin America, Neuman is presented with a choice: to go or not to go to Honduras?

It’s 2009, and in his dispatches thus far, news of the coup in Honduras has appeared numerous times. It seems like everyone in Latin America is talking about it. When his publisher tells him to cancel the visit, Neuman seems to renege: “If it were up to me, I’d go…if I go, I could take notes on everything I see.”

I was rooting for him. For one, I’d been teased by the idea for several pages. But more importantly, I wanted to see a time and place through the eyes of a talented and discerning writer. And yet when Neuman’s publisher replies, “But aren’t you writing about what you aren’t seeing?” Neuman acquiesces. “That’s a good point,” he says. He doesn’t go.

I was disappointed here and throughout Neuman’s “dispatches” of his trip through Latin America. Though interesting observations arose, the book ultimately underwhelms because its very form strips its writer of his writer-hood. This form, meant to match both the exhaustive itinerary of his book tour and contemporary travel more broadly, is outlined on the opening page of the book:

This is an intriguing idea, and in the book’s first chapter, Neuman presents an equally intriguing perspective on contemporary travel, which he sees “as contradictory as globalization itself. While the latter produces a tension between universal convergence and local difference, contemporary travel oscillates between the apparent arbitrariness of geographical movement and the reality of change in each successive area.”

As the book wore on, I came to feel nostalgic about this passage, wishing that Neuman would have chosen to further analyze why we might “travel without seeing” versus writing a book that embodies this sort of travel, this sort of seeing (or more accurately, the lack thereof). An essay backing up this argument—with specific anecdotes from his travels—would likely be compelling, the way many of Adam Gopnick’s personal essays about life in Paris succeed on multiple levels: memoir, cultural study, history, philosophy. This is what Teju Cole, at a recent talk promoting his own collection of essays, deemed “layered thinking”—that in order to write a successful essay, one must combine three or four different elements into one cohesive whole.

While certain disparate themes are strung throughout Neuman’s text (immigration forms at airports, language differences, the recent death of Michael Jackson), none of them ever really cohere or offer much perspective about Latin America or contemporary travel or Neuman’s character. He fails to write with thought because he has chosen, by the form he’s laid out for himself, not to. Rather than accepting his limitations, or exploring or analyzing those limitations, or writing about what he can learn from a place of acceptance of those limitations (all of which any writer faces), his work simply reifies those very limitations.

The result reads, well, exactly as you’d think a writer’s observational notes might read, untouched by deeper reflection, subsequent drafts, or any editing. Thus Neuman occasionally sounds like a first-year college poetry student trying too hard to create meaning rather than letting the reader discover any for himself. Too many times there are sentences like the following that take simplistic metaphorical leaps as if to hit the reader on the head with vague notions of literary significance:

These are notes a writer might set down initially, concepts which in later drafts would be made much more dynamic through scene, dialogue, character, and voice.

Unsurprisingly then, the best parts of the book are when we hear the voices of Neuman’s friends or people he meets in various countries, which he wisely lets rest like found poetry. “How horrible,” someone in Ascuncion states, “How time flies. And how that great son of a bitch enjoys himself.” In Panama, a friend tells him, “It’s just that people here steal cell phones all the time. And then they have the nerve to pick up your calls.” And in San Salvador, another friend tells him, “When I was young…I had many boyfriends with sweaty palms.” Unfortunately, we never learn more about any of these characters.

Perhaps it’s unfair to criticize Neuman for doing exactly what he set out to do: he chose to publish 250 pages of first-draft observations, and he’s accomplished that. He’s proven that he has traveled without seeing. And yet given his evident talents as a fiction writer, I find How to Travel Without Seeing a missed opportunity. It’s the work not so much of a writer but of a performance artist.

Yes…I can see it now, his handwritten observations collected in the center of a gallery exhibit on the new Latin America. Like most do at museums, I approach, read a couple, and move on.