‘How to Travel Without Seeing,’ Or, How to Write Without Writing 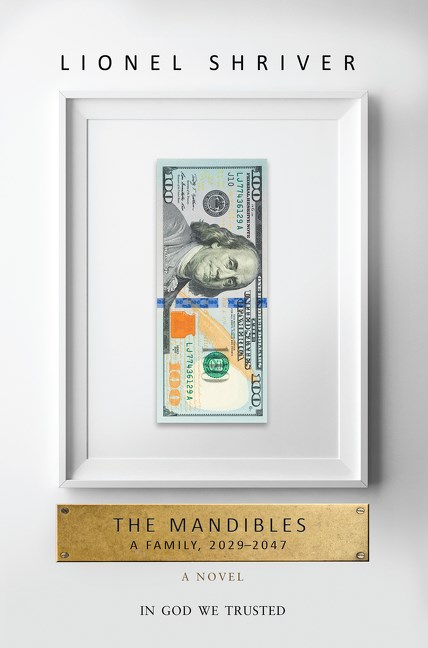 Given her past aptitude for sussing out complicated issues and her surgeon-like precision with character, a book in dystopian finance fiction seemed like a natural step in Lionel Shriver’s progression in letters. The Mandibles: A Family, 2029-2047 delivers on economic rigmarole while also tackling massive, interconnected issues of class, race and family dynamics. This is a gauntlet only a select few (George Saunders, Jennifer Egan, and Margaret Atwood) can pass through.

Which made Mandibles all the more notable when it debuted in June. A well-written book about our economic and social future is much needed given current events. After all, an egotistical business mogul who’s had his share of economic problems (i.e., four bankruptcies) is a presidential nominee, threatening to obliterate any hope to be had in racial equality, wealth distribution, and social justice.

Set 100 years after the Great Depression, Shriver’s dystopic America faces similar economic and social turmoil: the US has defaulted on its loans and the precious dollar is worthless; poverty is rampant. Shriver zeros in on the Mandible family, sprawling four generations and exploring financial ruin from the wealthy patriarch Douglas Mandible—who built his fortune in book publishing—to his 13-year-old great-grandson Willing.

Deciding on a concept should be a walk in Central Park for Shriver. Same goes for the financial parts. She’s literally made a career out of epic-length paragraphs of social rhetoric and policy patter. In her National Book Award finalist So Much For That, though Shriver kept the info-dumping sparse, she’s never relied on tact when writing about the zeitgeist, but it’s never hurt her before (at least…not until this week’s keynote address at the Brisbane Writers Festival, when tact may have been a good idea).

With The Mandibles, the balance between economic pontificating and character intimacy is less symmetrical. Shriver chocks the first 200-or-so pages with financial talking-head sessions that read more like cut-and-paste jobs than realistic dialogue. One of Shriver’s biggest strengths has always been her X-acto knife care with characterization, particularly in So Much for That. Take protagonist Shep Knacker after learning of his wife’s terminal illness: “He pressed her hand, just. ‘I will take care of you.’ It was a big promise, one he would fail. But he would fail valiantly, and that was the promise he made to himself.”

The Mandibles never matches this level of intimacy, leaving readers with a colder-than-cement sentiment towards the family. The closest Shriver comes is the relationship between Willing and his aunt Enola. There’s a moment when all four generations are forcibly removed from Willing’s home and he volunteers to lug Enola’s collection of hard-copy books. Still, this is largely a product of satire as Shriver envisions a world where owning physical copies of books is all but impractical.

Beyond pawns in a sprawling satire, what we do know about these characters is that they are tough to root for, and at times even offensive. Shriver is known for welcoming visceral reactions from readers, but there’s a line between keeping a passionate reader and losing her or him entirely. Example: Willing’s uncle Lowell, a former Georgetown economics professor who thinks his son would make ideal pray for a pedophile.

Even worse is the consistent degrading treatment of the book’s only major black character, Leulla, which Shriver defended during her speech in Brisbane. Several Mandibles, including the patriarch, decide Leulla’s dementia is so intolerable the best way to deal with her is to bind her to a chair and walk her on a leash. If this is meant to be satirical, Shriver is asking too much from her readers.

In Shriver’s future, whites are the clear minority. America’s first Latin American president addresses the country in Spanish, the now-dominant language for a country of “Lats.” The minority white population forms the foundation of the book’s satire as Shriver reverses many racist stereotypes by placing whites at the butt of the jokes: pressing one for Spanish and two for English; reversing immigration trends as Mexico builds a wall to keep Americans out; and white folks referred to as “Western-European Americans.”

But Shriver devotes so much of the book to this role reversal between “Lats” and whites, she does so at the expense of neglecting African-Americans. After Luella, the only black character in the book is Selma, who is given only a few pages of existence in the story—more than enough to leave readers shaking their heads. Lines like, “’I love the pitcher of all them rich folk having to cough they big piles of gold’” and “ ‘Sides, I don’t see why the gubment ever pay anything back,” are tough to read as social satire.

Early reviews of The Mandibles lauded it for its topical appeal: the collapse of our economy. And in the context of her catalogue, yes, The Mandibles is a solid example of Shriver writing about the issues of our time. But this is a flawed novel, and whether she likes it or not, Shriver isn’t exempt from due criticism. More important than this book’s weaknesses is that the list of great writers who can deliver a quintessential book about our socio-economic future just got smaller.