An Irish Star Is Born in ‘Dinosaurs on Other Planets’ 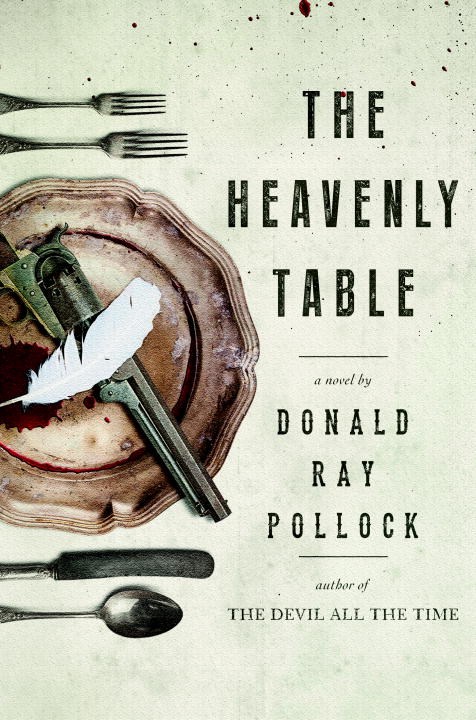 Donald Ray Pollock’s latest novel, The Heavenly Table, feels both timely and timeless, a contradiction that nevertheless holds together in satisfying and surprising ways. Set in 1917, The Heavenly Table is a wide-ranging story that centers on the impending death of one way of life and the forthcoming birth of something new and uncertain for an America stepping fitfully into the 20th century.

Perhaps the tone might best be summarized by one of the principle characters, Ellsworth, a sad sack farmer in southern Ohio who struggles with his past, his good-for-nothing son, and a wife who has long since lost her passion for life:

…Ellsworth rubbed his chin and recalled standing around the stove in Parker’s store one night last winter and someone, maybe Tick Osborne, saying that these were what people called ‘modern times’…but before they could begin arguing the pros and cons of exactly what that was going to mean in the long run, Jimmy Beulah spoke up and said, ‘End times’ is more like.’

The Heavenly Table is evocative of Sherwood Anderson’s Winesburg, Ohio, both in the setting and the large cast examined by a knowing, free-floating narrator. Pollock’s prose is even akin to Anderson’s compressed, plain language, though with ample doses of the bluntness and grit of Cormac McCarthy and Flannery O’Connor.

Multiple plots come to a head in Meade, Ohio, a growing burg with a bustling Army training camp for the ongoing war in Europe. The town is a symbol of the ravenous modernity dawning in rural America, eventually enveloping a trio of sharecroppers turned bank robbers on their way to Canada, a battle-hungry lieutenant with a Classical education and a dark secret, the aforementioned Ellsworth searching for his wayward son, a delusional sanitation inspector, and a wistful vagrant nicknamed Sugar, the only person of color of note in the book who struggles with endemic racism and his own demons.

Dozens of other characters could be listed, and Pollock has a way of providing a clean, clear sketch in a paragraph or so whenever the reader comes across someone new. Such a tactic might come off as something too front-loaded, as if the author didn’t feel confident in letting the nuances come off in the showing, instead opting for telling. But Pollock’s prose is so delicious that these rapid-fire details are a delight, little morsels that quickly satisfy the who, what, when, and where.

As mentioned previously, this book feels both timely and timeless. Many of the characters encountered are having a hard go adjusting to changing times, not unlike a number of Americans today, especially those of the white and rural sort. Contemporary sad stories of the massive spike in suicides and painkiller addiction among this demographic feel as if they begin not just with the Great Recession but at The Heavenly Table, too, as these characters, feeling left behind, stumble drunkenly in their listless lives. 1917 isn’t as far away as you might think.

More importantly is how Pollock contrasts the despair and out of reach promise of the times with older, far more human problems that, no matter the era, never fully recede into the background. Each character hungers for something that they can never fully grab. Consider Sugar, the most put-upon and, possibly, most sympathetic character in the novel. He’s had a life full of dashed ambitions, partly of his own doing, and partly white America’s ever-present thumb pressing down on him. Here he gives voice to a deeper thread that ties together all the various strands:

As far back as he could remember, there hadn’t been a day when he wasn’t yearning for something he didn’t have. And that wore a man down after so many years, fighting that feeling day after day without any letup. Why couldn’t he ever be satisfied? Why did he keep fucking up?

This is a novel both about the times we live in and about what makes us human. Pollock’s characters are rendered raw (and not without a bit of humor) as they struggle in the piss and shit comprising these “modern times.” And although what each character wants is (for most) impossible to achieve despite coming teasingly close, it is in their striving and endurance we see a reflection of our own selves both in the here and now, and the greater scheme of things.