‘Solar Bones’ Is a Single, Novel-Length Sentence That Works 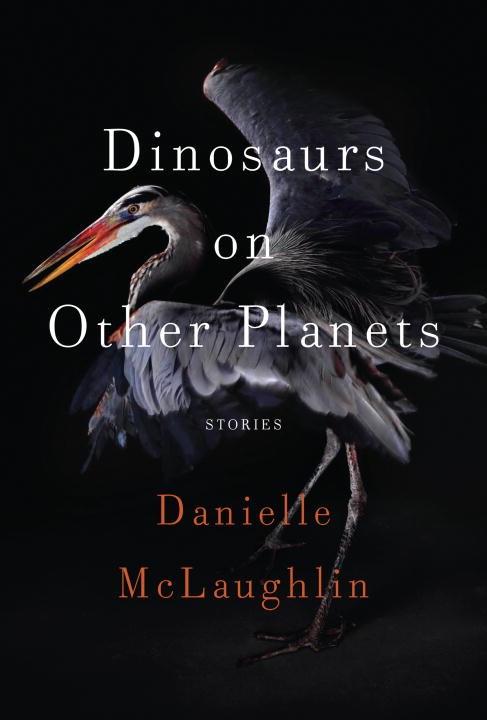 In “A Different Country,” a highlight of Danielle McLaughlin’s thoroughly engaging collection Dinosaurs on Other Planets, Sarah visits her boyfriend’s family in rural Ireland. They’re a fishing family, whose bodies and habits signify a hardscrabble life: the brother is missing part of a finger; the pregnant sister-in-law chain smokes to calm her anxieties about money. As Sarah listens to them chat over a meal of fish, she hears her boyfriend’s accent shift until “it became something different, something foreign.” She never left Ireland, but her journey from bourgeois Dublin life to this working-class dinner table has landed her in “a different country.”

The entire collection is set in Ireland. But McLaughlin’s scrupulous attention to regional details and the nuances of human behavior renders each story unique. In “Night of the Silver Fox,” a predictable plot point gives rise to a brilliant case study in growing-up hard: a fish-truck driver named Kavanagh and his teen-age hired hand, Gerard, deliver fish to a mink farm. Money is already tight between them, and now the mink farmer claims to be too broke to pay for their services. A fight nearly breaks out between the farmer and Kavanagh, but the farmer’s daughter, a coquettish teen roughly Gerard’s age (and whom Gerard is hopelessly in love with), intervenes by taking Kavanagh “down to the shed” to see some unusual foxes.

The true meaning of their absconsion is made clear by the farmer who becomes utterly despondent before pleading with Gerard to think of his daughter as “a good girl.” Gerard, not yet seventeen, is left to grasp the significance of the situation—and to deal with ensuing heartbreak—while consoling a man twice his age. It’s a story as multi-layered and clear-eyed about what it’s like to be a young, cash-strapped lad growing up in rural Ireland as any in Colin Barrett’s acclaimed Young Skins from 2015.

McLaughlin’s talent for character-driven storytelling has been evident since at least 2014, when the short story that gives this collection its title first appeared in The New Yorker. “Dinosaurs on Other Planets” introduces us to Kate, a retired grandmother whose husband has grown distant and unmoved by her sexual advances. A visit from their daughter and grandson unexpectedly includes her daughter’s newest lover, a man named Pavel who is closer to Kate’s age than her daughter’s. In turns both surprising and achingly real-to-life, the story follows Kate and her family as they attempt to navigate their fraught relationships without revealing too much of themselves—they’re all too proud to let each other know the saddest details of their lives.

The collection is perhaps at its best when examining mother-daughter relationships. In “Silhouette,” two sisters take their ailing mother to the beach for the day. Their attempts to be civil—to their mother and to each other—in the face of their mother’s constant, needling criticism, is what drives this moving story forward. The main character in “Along the Heron-Studded River” is a father, but it’s through his point of view that we witness a mother who’s suffering from mental illness struggle to stay strong for him and their daughter. Both stories cut through the heart with their emotional realism.

Few short-story collections capture so well such a diverse group of characters—their economically-signifying mannerisms, the reasoning behind their selfish and loving actions—without teetering into stereotypes. Dinosaurs on Other Planets is more than a compelling read—it’s a study in compassion, a beautifully-written reminder of how often human behavior is dictated by forces and loved ones beyond our control.

The Mechanics of Visibility in “All the Secrets of the World”