The Author of ‘Falter Kingdom’ Is Possessed 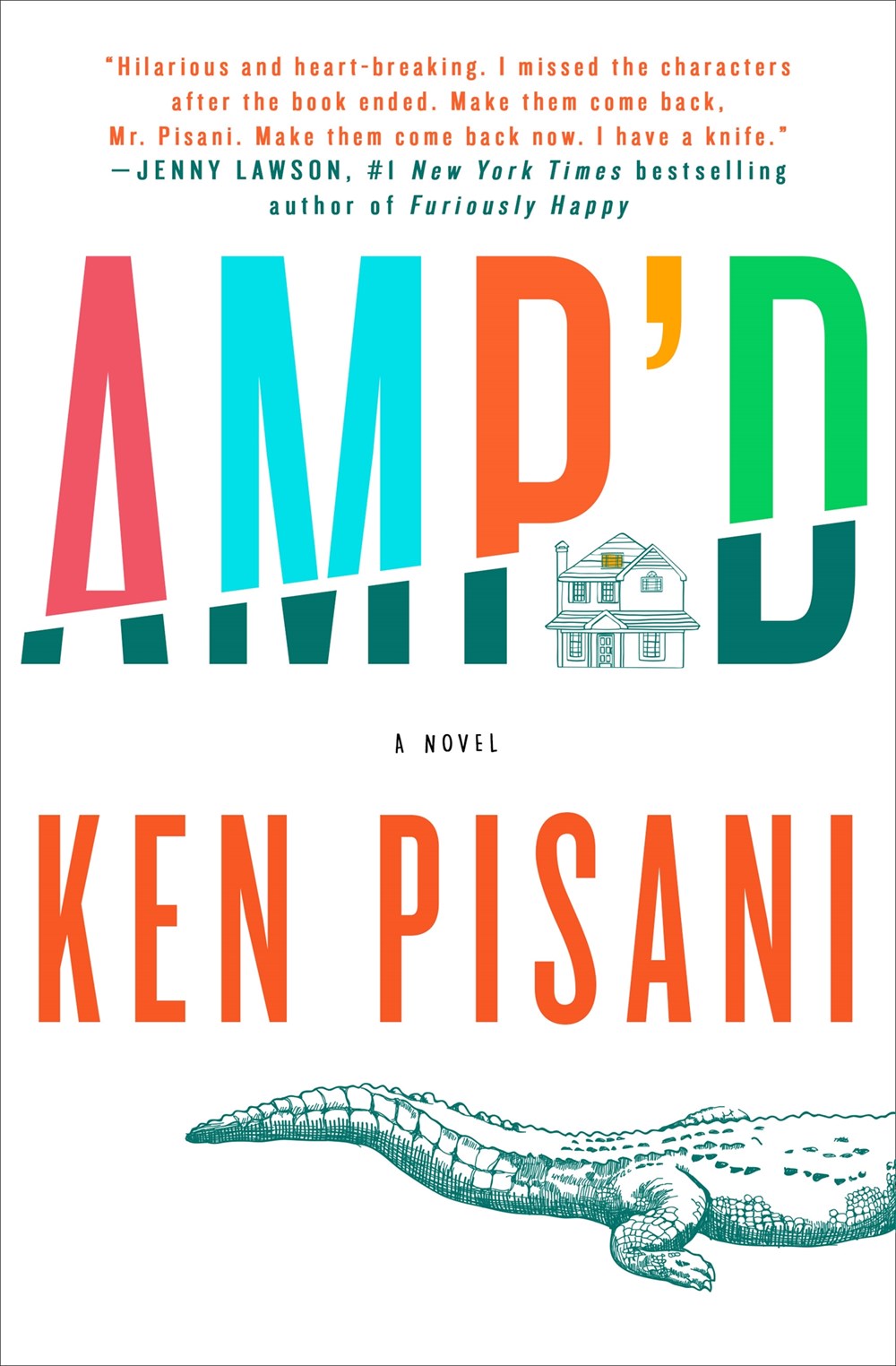 Literature isn’t exactly rife with amputee characters. Maybe the best known example in all of American letters is Herman Melville’s Captain Ahab. But where Ahab goes on an obsession fueled revenge bender by taking an entire ship and crew to go after one certain whale, Aaron—the protagonist in Amp’d—seeks out the exact opposite: complete disengagement from the larger world.

Aaron is a recently divorced high school teacher who loses his left arm when his car is T-boned by an SUV in the middle of a busy intersection. As he makes clear from the beginning, “…I’m not the guy who beats the odds and overcomes adversity, I’m the guy who wakes up in the hospital to find out his arm has been amputated and says, Fuck me.” It’s this kind of self-depreciating humor that guides a quirky, engaging story line and fuels more than a few laughs. The humor and tendency to withdraw lay a thin mask over a certain kind of grief for Aaron, the kind that seems rooted in self-pity and regret. Aaron’s poor life choices propel the story forward, but it’s ultimately grief that puts wind in the comedic sails. Still, this is America, and there are few things Americans like more than a good redemption story, even if it’s redemption from one’s own self-destructive tendencies.

After physical therapy, Aaron moves into the attic of his childhood home in Paris, Illinois and begins to gauge his life anew. He contrasts himself with Randy Pausch, Warren MacDonald, Aron Ralston and others he considers “exceptional, because they are the exception; the rest of us are not brave or strong or fearless…We don’t welcome the challenge of adversity but run from it, and the only struggle we offer when it catches us is to weep and flail and cry out for it not to be so.” Aaron goes on to position himself as an everyman who cares less about establishing some semblance of a normal life than he does about avoiding life all together. But in the same way that making no choice at all is still making a choice, his decision to sidestep the world carries repercussions.

Aaron becomes dependent on his father who, coincidentally, has also given up on life post-divorce. When he’s not driving Aaron to appointments, he’s parked in front of the television watching SportsCenter. Aaron’s mother has taken up with a younger local firefighter and moved out leaving Aaron’s father with the house and a four-foot-long pet alligator named Muhammad Ali Gator.

Aaron revisits his childhood pediatrician for medical marijuana and Vicodin. He punches his brother–in-law in the face when a dinner table argument turns personal. After some heavy drinking, he gets a tattoo on his not quite healed stump. Within the world of this story, those things are simply the baseline. It’s only when his father and his father’s lawyer, Mr. Weber, decide it’s time for Aaron to get a job, roughly halfway through the book, that the action in the story really spins out. Over breakfast one morning, Mr. Weber asks Aaron what he wants to do since he no longer considers teaching a viable option. Aaron says, “I thought I’d try my hand at NASCAR.” Mr. Weber goes on to tell Aaron that he’s got, “Inertia. You’re at rest so you stay at rest. Because if you set yourself in motion, you’re afraid your life would move in ways you can’t control.” Aaron begrudgingly takes a job counting fish for the Illinois Department of Conservation which starts a chain of humorous complications with consequences that ripple through the rest of the book.

Amp’d is a lot like life—sad and funny and messy and weird, occasionally all at the same time. What really makes this novel work is Pisani’s ability to tell a good story, one that doesn’t heavily imbibe on worn out tropes or easy answers. Aaron struggles with change big and small, and it doesn’t come to him easy, but it’s also what makes the book so much fun to read. Later in the story, Mr. Weber tells him, “For a guy with one arm, you’re remarkably good at pushing people away” and it’s true. He’s great at it. But at the same time, Aaron is such a train wreck of a character that it’s difficult to not keep reading. The same way that other characters can’t quite leave Aaron alone, neither can we.

An Ever-Ending Story in “Absolute Music”

Given that Pisani is a television writer, a playwright and a cartoonist, it makes sense that Amp’d moves at a brisk pace with a rich mix of pathos and humor. Aaron’s attempt to disengage sets him up for challenging and unexpected turns, but Pisani guides us along with a deft authorial hand and an eye for comedy. He shows what it means to be human and leaves us with the sense that even when everything in life has gone to hell, there are still plenty of reasons to laugh.