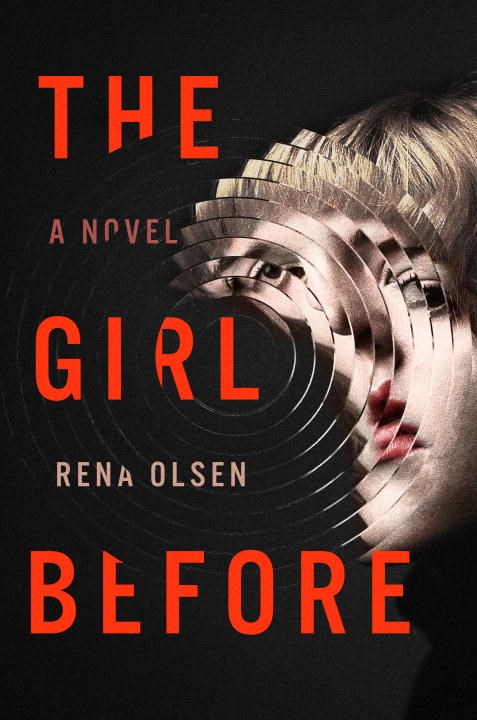 It’s a publicist’s (and an author’s) dream: having your book dubbed “the next Gone Girl.” In February, the Wall Street Journal wondered whether debut novelist Rena Olsen’s The Girl Before might fit the bill. While Olsen’s protagonist, Clara Lawson, is undoubtedly more naïve than shrewd Amy Dunne, there’s a strong reminiscence of Gillian Flynn’s complex and contradictory protagonists in The Girl Before.

Olsen’s debut is a psychological thriller, an evocative story where things are not as they seem on first glance. When Clara Lawson is ripped from her home—and the small child clinging to her—the backstory unfolds piece by piece, resulting in the realization that first impressions are often unreliable. The novel tackles tough topics like human trafficking, sex slavery, rape, and murder. A book easily read in one sitting, The Girl Before is a story with many conflicting layers: love and belonging, good and evil, normalcy and anomaly.

I recently had the chance to speak with Rena Olsen about her background as a therapist, Fahrenheit 451, and the recent phenomenon of “Girl” books.

Lauren Stacks: The Girl Before is a psychological mystery about a victim who is also an unknowing perpetrator. In addition to being a writer and a reader, I understand you’re also a therapist. How does your background make you uniquely qualified to write this book?

Rena Olsen: I have a bachelor’s degree in Psychology, and a master’s degree in Marriage and Family Therapy, plus eight years of post-graduate experience working in the mental health field with families and individuals. That’s fourteen years of formal study and practice in human behavior. That doesn’t include the years of curiosity regarding human emotion and behavior that led me down that path of study in the first place. I’ve worked with people from a variety of backgrounds, cultures, ages, socioeconomic statuses, and the list goes on. All this to say that I live my life observing human behavior and interactions. Everyone is unique, of course, in their actions and choices, but there are common threads. My background gives me the ability to step outside of my own experience and really dig into the psyche of my characters. My book is populated by an emotionally and mentally diverse cast of characters, and my education and career experience allow me to really set them apart from each other, make them unique and equipped with their own set of motivations that drive the choices they made throughout the story.

Lauren Stacks: As a therapist, you’re a professional sworn to confidentiality and to follow a number of ethical guidelines. But a writer’s very nature is to share stories. Are these two professions of yours at odds with each other? How do you reconcile these differences?

Rena Olsen: I don’t see them as at odds at all. In reality, both writing and practicing therapy are, in essence, the practice of collecting stories. Writers are always observing the world around them, making assumptions and coming to conclusions based on the information they’re given and their own experiences. In the same way, therapists observe their clients and use past experiences and education to inform their assumptions and conclusions about each individual client or family. As a therapist, I would never use a client’s story in my writing. I’m very careful about that. But their story goes into my well of stories and is assimilated as part of my life experience, just as any other observation I’ve made. I can use things I learn from those interactions to inform how I portray the human experience, to bring depth and layers to a story I’m writing. It’s the same with any profession. You can’t separate yourself from your experiences. I just have to double check my own story-telling to make sure my boundaries stay firmly in place, and I have a number of checkpoints set up in order to make sure I don’t slip up, including a beta reader I actually work with who could call me on any missteps (hasn’t happened yet!).

Lauren Stacks: Just last month a victim of human trafficking shared her story at the DNC, raising awareness that this is a problem in our own country, not just abroad. What inspired you to tell this story, and what sort of research went into the issue before you could write this novel?

Rena Olsen: I started by watching the documentary Nefarious. I asked myself the question: What if that what how you grew up? What if that world was all you knew? That’s when Clara (my MC) started speaking to me. After that, I did what I mentioned above: I collected stories. I read stories of survival. I read stories of captives. I read stories of rescuers. I researched numbers and methods. I started following organizations that were fighting against human trafficking, went to hear speakers, and asked questions. Even since I began writing Clara’s journey, I have seen an amazing increase in awareness in this country.

Lauren Stacks: One of the most compelling about The Girl Before is your ability to create “bad” characters who the reader could still identify with (and even root for). What went into creating these characters? Are there any other literary figures who helped serve as a guide for the development of these characters?

Rena Olsen: I don’t treat my “bad” characters any differently than my “good” characters, because I don’t believe anyone is completely good or completely bad. In fact, that’s what got the book started in the first place. I have always had a soft spot for “villains,” because most of them are the heroes of their own story. Usually they believe that what they are doing is the right thing, the noble thing. At least my favorite villains do. In my book, some may see Clara as a villain, though in reality she had little choice in the matter based on her upbringing and beliefs. The same goes for all the characters. I know each of them intimately, and I care for each of them, despite the ugly things some of them do. I don’t believe characters can truly grow into their depth without some amount of caring. You can’t throw “baddies” in haphazardly for effect. They have a story of their own. They have a purpose of their own. And in some measure you have to believe in their purpose, which helps connect me, as the writer to the “bad” characters, and in turn, the reader. (I actually have gotten scolded more than once for making readers care about these people they wanted to hate. It warms my heart each time.)

As far as literary figures, my favorite is always Ray Bradbury. In Fahrenheit 451, we are confronted with a character, Guy Montag, who burns books for a living. It’s all he’s ever known, this destruction of intellect, and yet he’s the hero of the story, not the villain. The key is in his journey, where ends up and how he gets there. Bradbury was masterful at characterization. For instance, Montag befriends a neighbor, Clarisse, who is in the book for less than a handful of pages, yet the mark she makes on Montag and therefore the rest of the story is indelible.

I could ramble about Fahrenheit 451 for pages before moving on to his other works, but I’ll spare you.

Lauren Stacks: In recent years, many have discussed the trend of bestselling books with the word “girl” in the title. (Back in June, USA Today wrote about the trend, with a nod to your book among a few dozen others.) I understand your original working title for this book was Remembering Diana. How do you feel about your book following the recent “girl” trend?

Rena Olsen: The Girl Before is actually the third title this book has, and the most fitting. I wish I could take credit for it, but that goes to Liz Stein, my original editor at Putnam. When she suggested the name, it fit so well, for many different reasons. I didn’t realize until after we’d finalized the title what a phenomenon “girl” titles had become. Once I did, I was a little wary. I didn’t want my book to be just one of a trend, but I have read many of the books in this “trend” and something they all have in common is strong female characterization, both positive and negative. These books are taking back the term “girl,” which can be seen as condescending, and making it a powerful term once again. The “girls” in these books are strong, clever, risk-takers, no matter their motivation. I’m quite proud to be part of the “Girl Club,” as many of us have taken to affectionately calling it.

Lauren Stacks: Can you tell us more about any new projects you’re working on?

Rena Olsen: My next project is another psychological thriller, focusing on what happens when a “fairy tale” goes bad. It also follows a creative narrative structure, not exactly like The Girl Before, but with some of the similar features that help move the story along quickly. I’m very excited about it.