‘The Dollhouse’ Revisits the Most Exclusive Hotel in Midcentury New York 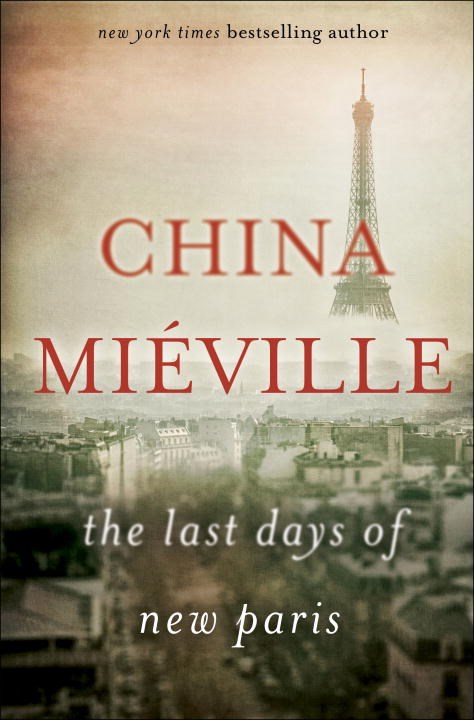 China Miéville is one of the great fantasists of the English language. Perdido Street Station is a new-weird masterpiece, while The City & the City and Embassytown proved he could ably stretch into mystery and science fiction. With his second novella of 2016, The Last Days of New Paris, Miéville tackles an alternate history where a surrealist bomb explodes in the Nazi-occupied Paris of 1941.

The “S-Bomb” unleashes “manifs,” manifestations of surrealist art come to life. As if that’s not enough, Miéville adds an occult twist: in this reality, the magic of Aleister Crowley is real, and the Germans have a treaty with the demons of hell thanks to a renegade priest known as the Bishop of Paris.

The practically unstoppable manifs quickly reach a stalemate with the German forces and their demonic allies. Nine years later, Thibault—a Parisian and a member of a surrealist resistance group called Main à plume—makes his way through the bombed-out city, mourning his lost comrades and avoiding both demons and Germans as he considers an excape. Encountering Sam, an American photographer and surrealist art aficionado, he joins her quest to photograph and document the city for her planned book, The Last Days of New Paris.

And see many strange things they do. Sentient wolf-tables, flying businessmen with bat wings, thundering statues, demons, and an “exquisite corpse” are just a few of the imaginative elements which populate the book. Unfortunately, these colorful manifestations are often described dispassionately, and in the end not matched by an engaging story.

Told fairly conventionally in alternating chapters of Thibault’s 1950 and the France of 1941, this book feels too easy, too safe, too paint-by-numbers (though brightly painted, in high surrealist style) for someone of Miéville’s talents and imagination. We’ve seen most of this before: Aleister Crowley and occult Nazis, two interweaving timelines, a supernatural Paris at war, art brought to life.

It’s not that the field has caught up to Miéville. It’s just that he’s written a good-enough book when we’ve come to expect true greatness. There’s no music to it. And while Jason Heller’s review called it “madcap,” to me it ignores surrealism’s inherent black humor.

Is the book itself a surrealist work? I’m not sure. It is less a beautiful corpse than a capably executed mashup—if one is generous—or a bastardized blend of one is not. It’s the occult spycraft of Tim Powers’ Declare meets the occult Marxism of Nick Mamatas’ Love is the Law, meets the anarchist war narrative of Margaret Killjoy’s A Country of Ghosts, meets the failed poet Adolf Hitler of Lavie Tidhar’s oeuvre, meets a grab bag of French and fascist surrealism. The form and structure are fairly standard, each manifestation is explained in the extensive notes which follow the novella and in a strange afterword where Miéville professes—in perhaps the book’s most surreal flourish—to have met an aged Thibault who told him this story.

Can a coherent novel truly be surreal? Maybe, but not this one. Perhaps Miéville will write that novel himself one day. Of any living author, save perhaps for Haruki Murakami, Miéville may be one of few writers with the talent and imagination to do so. But how many people would want to read the literary equivalent of an exquisite corpse? Don’t expect to see one from a mainstream publisher, if such a story ever manifests in our reality at all.

Samuel Montgomery-Blinn is a computer scientist working in the intersection of cognitive intelligence and cancer clinical trials, and a speculative fiction editor and critic. He lives in Durham, NC.