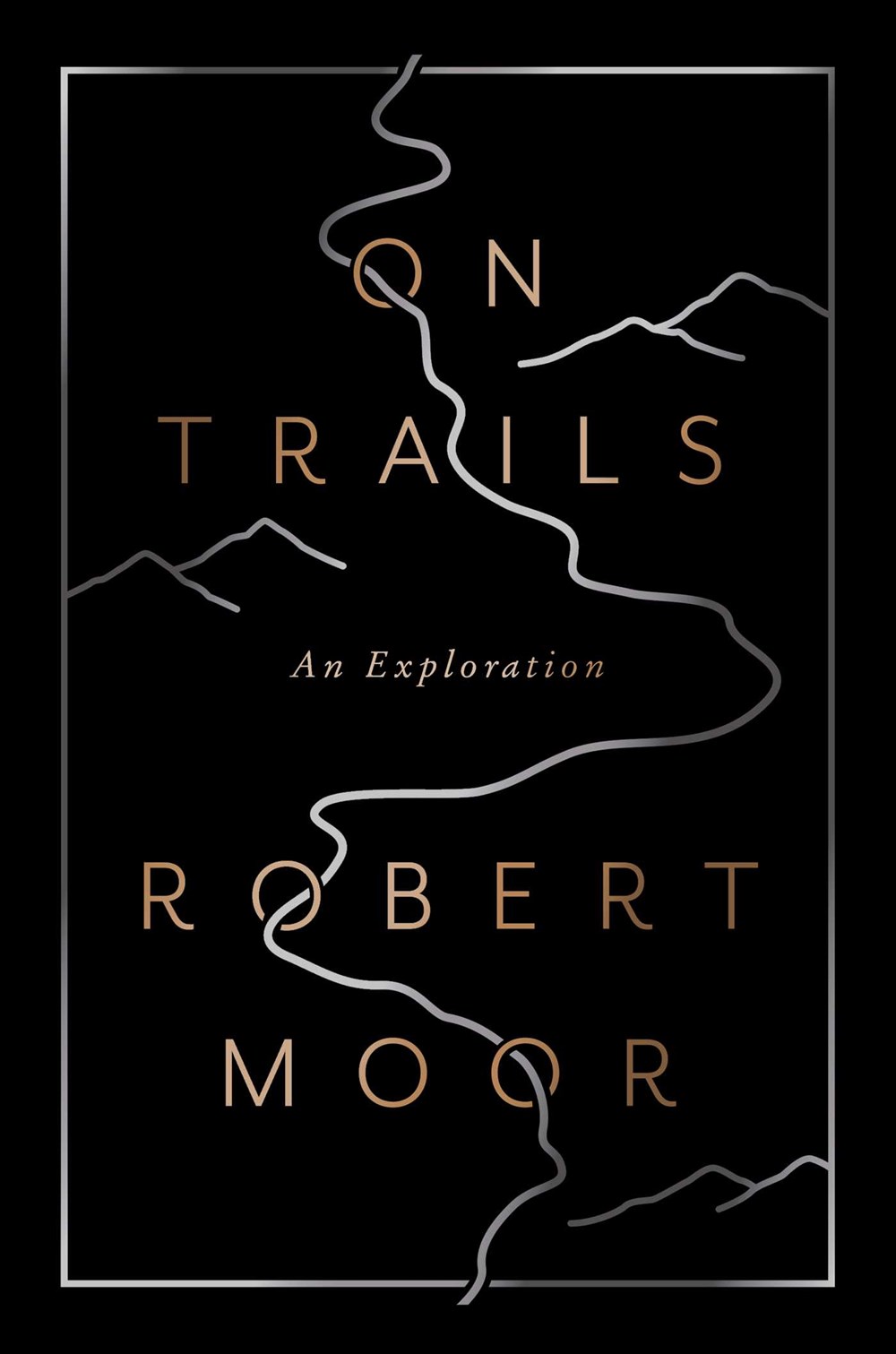 People gravitate to the cover of Robert Moor’s On Trails: An Exploration. Several strangers stopped to ask what I was reading. “The author hiked the Appalachian Trail and then got obsessed with the history and creation of trails,” I would answer.

“That sounds boring,” some of them would say. Yet as Moor’s fascinating narrative flits from Morocco to New Mexico, New York City, and the deep woods of Appalachia, he demonstrates better than any nature writer before him how trails were the foundation for the development of early humans, ants, elephants, sheep herders, and even the internet.

Early in the book, Moor notes that a trail’s function determines how it gets to its destination. If it is striving to get from one place to the other as fast as possible, it follows the path of least resistance. If it is like the modern hiking trail, it often meanders. A hiking trail factors in the best views, good places to avoid erosion or endangered species, and how to get the hiker through the trail safely. Moor’s book is a hiking trail itself, wandering from place to place, stopping like a good trail guide to explain the nuances and ecologies of each place he visits.

And like many hiking trails, the book can be challenging. I am easily obsessed with a good adventure memoir; Farley Mowat’s Never Cry Wolf is enshrined in my literary canon, and I repeatedly recommend Tim Cope’s On the Trail of Genghis Khan to every literate person I meet. These two books are page-turners, but On Trails is not quick or breezy. It requires good pair of hiking shoes and has the hard-earned stink of a through-hiker. It is a book determined to walk from one end of an idea to another.

When I picked it up, I expected something similar to Bill Bryson’s Appalachian Trail book, A Walk in the Woods, or Cheryl Strayed’s memoir about the Pacific Crest Trail, Wild. Strayed’s book was so successful that advertisements for its audiobook papered the Chicago L trains for months.

However, Moor’s writing compares better with wilderness philosophers like Annie Dillard or Edward Abbey. Each chapter of this GQ writer’s debut work is packed with ideas, switchbacking to and fro. Each idea is so carefully portrayed and deeply fascinating that I had to stop and catch my breath often.

We see Moor fail miserably while sheep herding for a Navajo Family, and learn that an elephant can feel the rumble of thunder through its feet more than 100 miles away after visiting an elephant sanctuary. While these may seem like meaningless digressions, they actually act as markers as we seek to understand trails.

Heartbreak and Existential Hope in “Sarahland”

Even as he focuses in on the details of the trails, Moor never forgets the landscapes beyond them, both physical and literary. While he notes the beauty of the space, he also describes the condition of the human bodies that face it. Toenails fall off, weight falls away like melting snow, and the physicality gives grand ideas a grounding they would otherwise miss if they only existed as abstractions.

Moor also proves that he did his homework. He cites Camus, Aldo Leopold, William Cronon, Chinese poets, and many other authors that have shaped our consciousness in these types of spaces. This well-packed rucksack of earlier writers makes it easier when if you feel lost in the woods of Moor’s ideas and theory. So no, On Trails isn’t boring. It’s a beautiful trek through the human and natural landscapes of modern life.