In April, Chicagoan Lori Rader-Day’s third suspense novel, The Day I Died, will be published by Harper Collins William Morrow. Her first two novels, The Black Hour and Little Pretty Things, won the Anthony Award and the Mary Higgins Clark Award, respectively. You might also recognize Lori’s name from bylines here at the Chicago Review of Books. Since she’s a friend of the site, we didn’t have to beg too hard to get a sneak peek of the cover of the new book—along with some behind-the-scenes thoughts from the designer, Owen Corrigan. 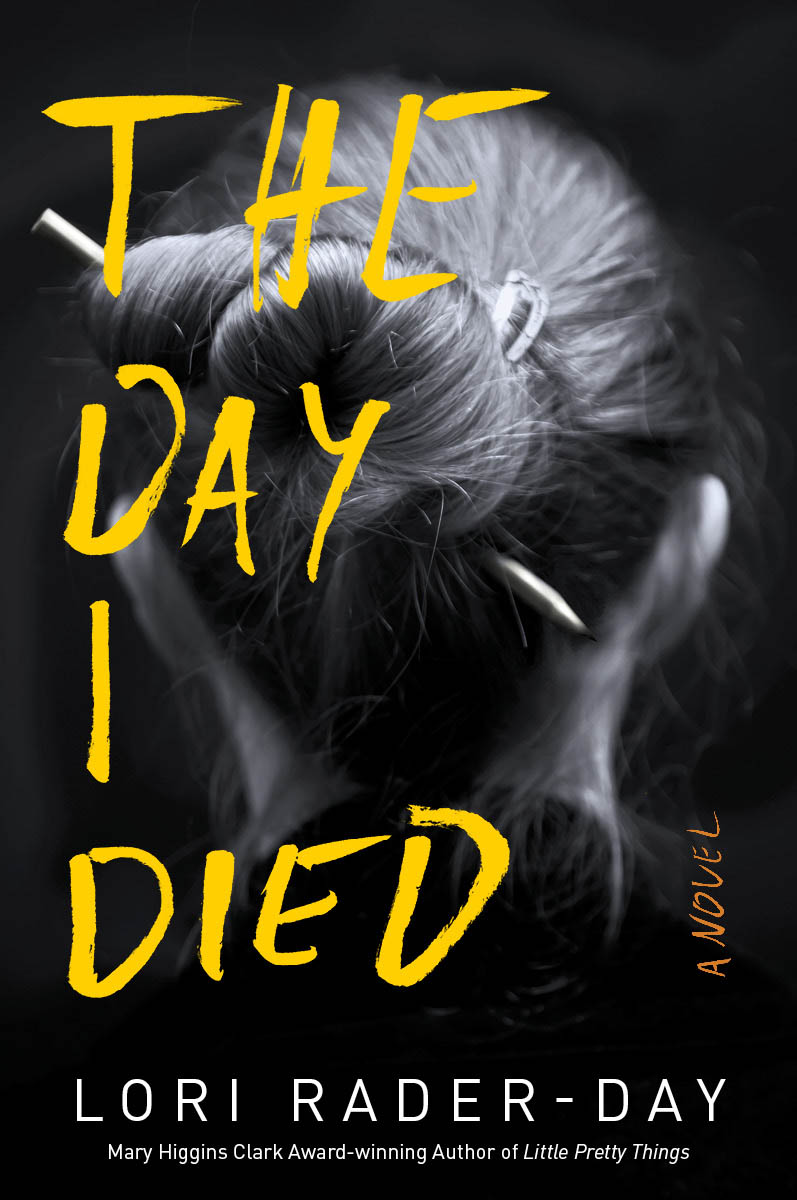 Adam Morgan: What was your overall vision for this cover? What were some of the images you had in mind as you started this project?

Owen Corrigan: Without spoiling anything, I really liked the starkness of the first passage of the book (and the mystery it leaves the reader with). A lot of my initial comps were an attempt to capture that mood.

Adam Morgan: An early draft of the cover was beautiful but the author asked for a few considerations that turned into a totally new—and perfect—design. Can you talk about that stage of the design process? How did you approach the redesign and all the input you were getting?

Owen Corrigan: Whenever something like this happens, I try to start the entire design process over. I reconsidered my notes from reading the book, the feedback that was given, and I launched back into image research. When I did find the final image it gave me pause—covers showing the back of a woman’s head are a frequent and not always flattering or appropriate solution to books with female protagonists. In this case, I felt like the style of the hair, the pencil, and the mood in the image told the viewer a lot about the book and its protagonist and that it was worth trying.

Adam Morgan: A few last minute tweaks happened in a third stage, resulting in the beauty that is the final cover. What was the design problem at this stage and what process did you go through to solve it?

Owen Corrigan: Our sales team felt like the draft at that point lacked a certain thrilling element so we decided to try something different with the type—this allowed me to get back to a hand drawn approach, which was something I had considered a lot while reading the book, but didn’t fully explore at first.

Anna Winger can know people better than they know themselves with only a glance—at their handwriting. Hired out by companies wanting to land trustworthy employees and by the lovelorn hoping to find happiness, Anna likes to keep the real-life mess of other people at arm’s length and on paper. But when she is called to use her expertise on a ransom note left behind at a murder scene in the small town she and her son have recently moved to, the crime gets under Anna’s skin and rips open her narrow life for all to see. To save her son—and herself—once and for all, Anna will face her every fear, her every mistake, and the past she thought she’d rewritten.