Cover Reveal: A First Look at ‘The Day I Died’ by Lori Rader-Day 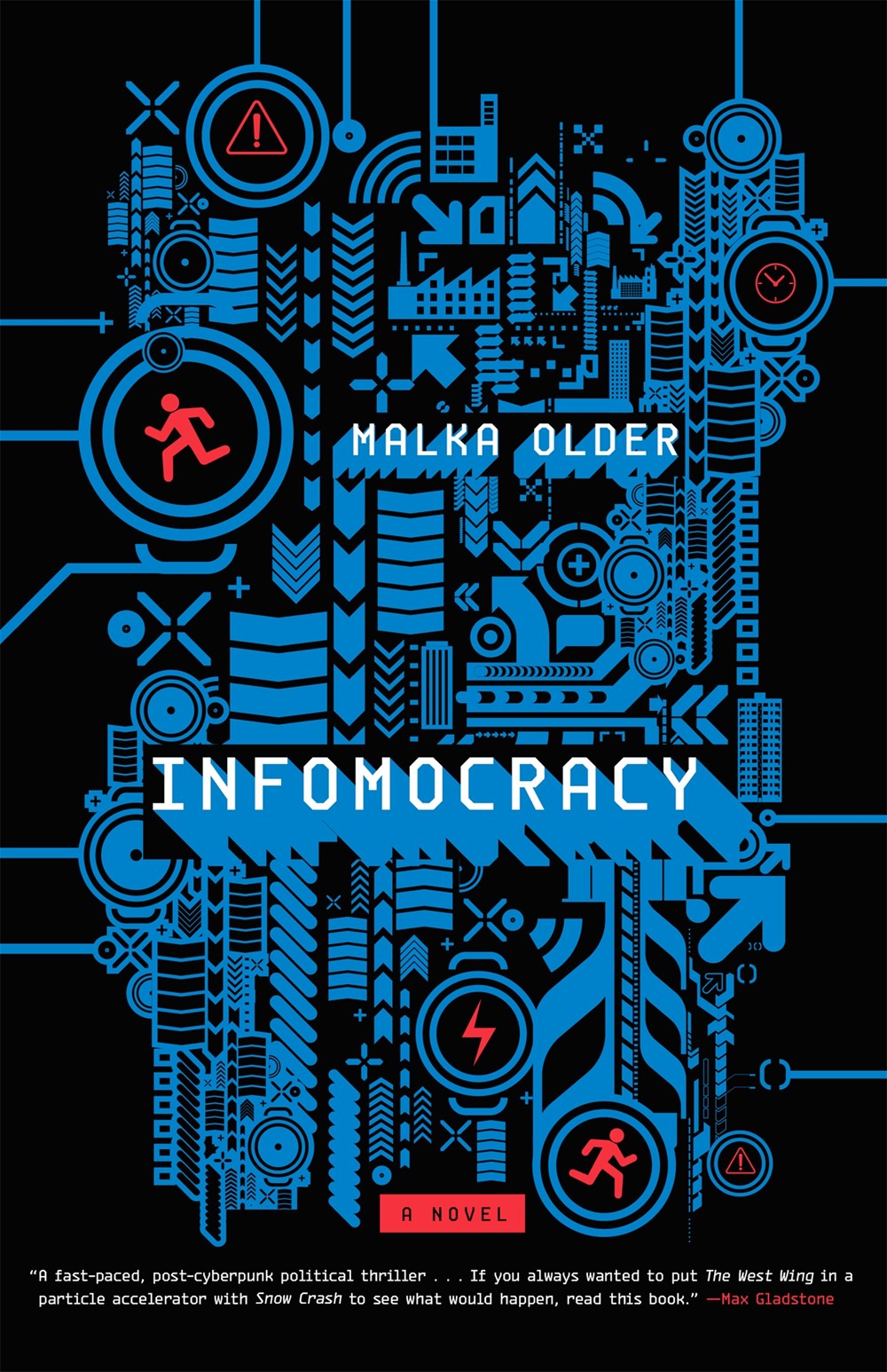 There was a strain of thinking right after the fall of the Berlin Wall that the march of capitalism and the spread of democracy would usher in an “end of history,” where the great ideological struggles that had so roiled the 20th century would give way to the logical marketplace of ideas. What remained would be a land of milk and honey, so long as you were on the winning side.

Of course, such thinking didn’t last and led to some pretty terrible decisions. However, in Malka Older’s Infomocracy, democracy really has triumphed. Set in the latter half of the 21st century, it’s the story of a world remade. Nation states have fallen by the wayside and the globe is divided into countless “centenals,” micro-congregations of 100,000 citizens that comprise the essence of governance. Instead of territory, states are divided by ideology, ruled by shifting global political parties that either invoke bland platitudes (Liberty, Heritage), represent a cyberpunk corporatocracy  (Philip Morris , Sony-Mitsubishi), or sound like Internet handles (Policy1st, SecureNation).

Citizens are free to migrate as the borders have fallen and each centenal is a largely homogeneous echo chamber, reflecting the oft-commented-upon trends in social media whereby dissenting voices are ignored, debate is sidelined, and the trenches of bias and belief are dug ever deeper.

Into this new world order step three protagonists, Ken, a political wonk for a spunky political party, Domaine, a rabble-rousing anarchist, and Mishima, an agent of Information, the be-all-end-all bureaucracy that oversees not just the internet but, also, elections. Think of it as Facebook meets Google meets the census meets the U.N. Their paths link together as the biggest election in years is set to take place with the specter of an unprecedented armed conflict (largely irrelevant in these atomized micro-democracies) hovering over it.

Like most sci-fi, there is an element of culture shock. Take for example this bit early on, which sums up the ra-ra spirit of voting that seems somewhat incongruous with the widespread dissatisfaction and disillusionment of 2016’s election. A young voter is having drinks with Domaine during a registration drive in Argentina:

“You don’t vote?” The girl’s tone rises with the incredulity of someone who has sucked up every mag article and vidlet about this being the event of the decade, the election of the century, the most important vote yet, a chance to change the established order, blah blah blah blah blah.

While this is filtered through Domaine’s cynical point of view, it does tap into how this different world speaks to ours. Like all good sci-fi, this book isn’t so much about where we’re going as it is about where we are now. These micro-democracies are scarcely different from how people in 2016 align themselves with like-minded individuals online.

Older has a knack for world-building, but not for characters. Ken, Domaine, and Mishima are as flat as the screens they’re obsessed with. Perhaps this is in keeping with the book’s thriller roots, as it has far more in common with James Patterson or Tom Clancy than William Gibson or Philip K. Dick.

Regardless, Infomocracy is an imperfect mirror of our times. The plotting can be puffy and the references, harking back to the late 20th century, are occasionally dated or out of place. Perhaps the best thing this book does is reflect the data-driven political prognostications made famous by Nate Silver. Information, an overbearing presence throughout the entire novel, runs the world. It monitors, guides, and controls the democratic process. Certainly, the data can never lie.

Still, data are only a tool, and only as good as the people who utilize it. It doesn’t exist in some sort of Platonic form of Truth or Knowledge. This is something the characters in the book struggle with and it provides a fine snapshot of what our culture may blossom into one day soon, if it hasn’t already.