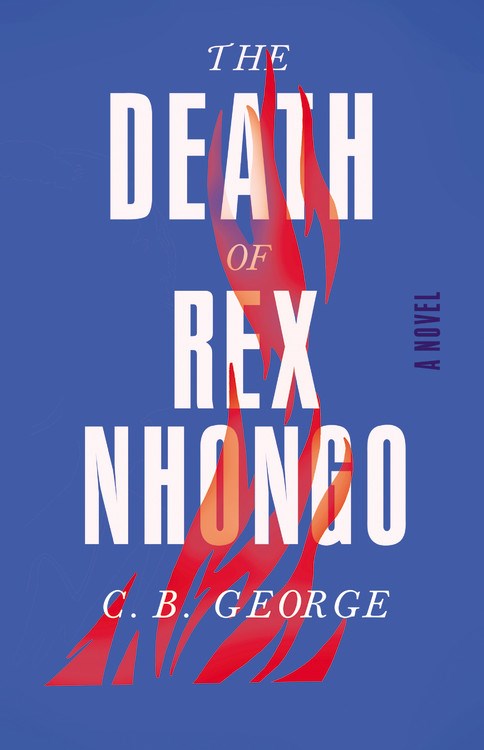 “Rex Nhongo” was the gritty nom de guerre of real-life Zimbabwean General Solomon Mujuru. In August 2011 his body was found in the ashes of a farmhouse fire. The circumstances were suspicious. The official cause of death was smoke inhalation, but not many Zimbabweans believe this to be true.

It might sound like the premise of an exotic whodunit, but Rex’s killer isn’t really what C.B. George’s novel is after. The Death of Rex Nhongo is constructed with facts and uncertainty that suggest an intersecting logic between plot and history. Like DeLillo’s Libra, this approach can give the aura of significant events a kind of symmetry through narrative. Rex Nhongo is really just the first character to be absorbed by political corruption. What follows illustrates how people carry on in the wake.

Our first look at Zimbabwe is through a cab driver named Patson. From inside his cab we see the grotesque juxtapositions of instability—underage prostitutes wearing high heels in the dirt and wealthy ex-pats and diplomats in gated mansions. It’s Patson who finds himself in the unfortunate possession of the missing SIG Sauer, and from there the novel takes shape quickly with the introduction of a diverse cast: intelligence operatives, English diplomats, a rabidly Christian housewife and her atheist American husband, and others. The book jacket promises a “story of five marriages and one gun,” and, with Chekhovian economy, the gun goes off before the end of the third chapter.

There is suspense. There is violence. There is even occasional—and occasionally awkward—sex. And though the story takes place in Zimbabwe, it’s very much an international novel with international characters and themes. This world, like ours, is divided by the dualities of science and superstition, fear and skepticism, and technology and religion.

There is also humor, dry and dark when it isn’t unnatural and contrived. I laughed more than once. In some ways it reminds me of a Coen brothers film, a tightly plotted misadventure where senseless death is always right around the corner. But unlike a Coen film, it’s hopeful and intimate, mostly devoid of cold postmodern irony, and we tend to actually like many of the characters.

The setup is more artful than the collapse. And the second half has fewer tersely poetic sentences than the first, but the scramble as the plot moves deathward is executed with no lack of cerebral rhythm:

…he has the sense that his life has always been moving towards this point and, now that he can chart the inevitability, there seems little reason to be surprised, angry or upset. He can picture April fucking the American and those images certainly cause a pang of distress. But he also seems quite able to choose not to think about it…he understands April’s behaviour at least as well as his own. He thinks without judgment that people do what they do in response to stimuli. When Theo is hungry, he screams. As you get older, the deterministic equation becomes longer, but no more complex. April was hungry, so she screamed too.

The only truly weak parts are the brief sections narrated by Rosie, a little girl transplanted from New York. The author attempts the voice of a young child and it just doesn’t work terribly well:

Surviving the End Days in “The Forests”

The air is warm an still. From here I can see evrythin. Daddy once aks why I wanna play with Sasa when he sumtime mean to me. I go, “I dunno.” But when you a little girl there so much things thas not for kids. Sasa never say sumthin not for kids.

It’s difficult to say how this could have been avoided; Rosie’s narrative illuminates the darkness of Zimbabwe (a darkness that has little to do with political corruption) in a way that only a child could.

There is something deeply unsettling at the heart of The Death of Rex Nhongo. Most of us have the freedom to make a mess of our lives, and to survive our own freedoms. We enjoy the luxuries of security and escape. Many of these characters have learned to live in fear and instability, to carry on under any circumstance. Patson’s very first customer says (after they narrowly avoid a collision), “What’s wrong with this place? People are not scared to die. People die for nothing.” Of course he is wrong. Everyone is scared to die. But the exchange sets the tone for the rest of the novel. For those who can’t escape, life goes on in the proximity of death.