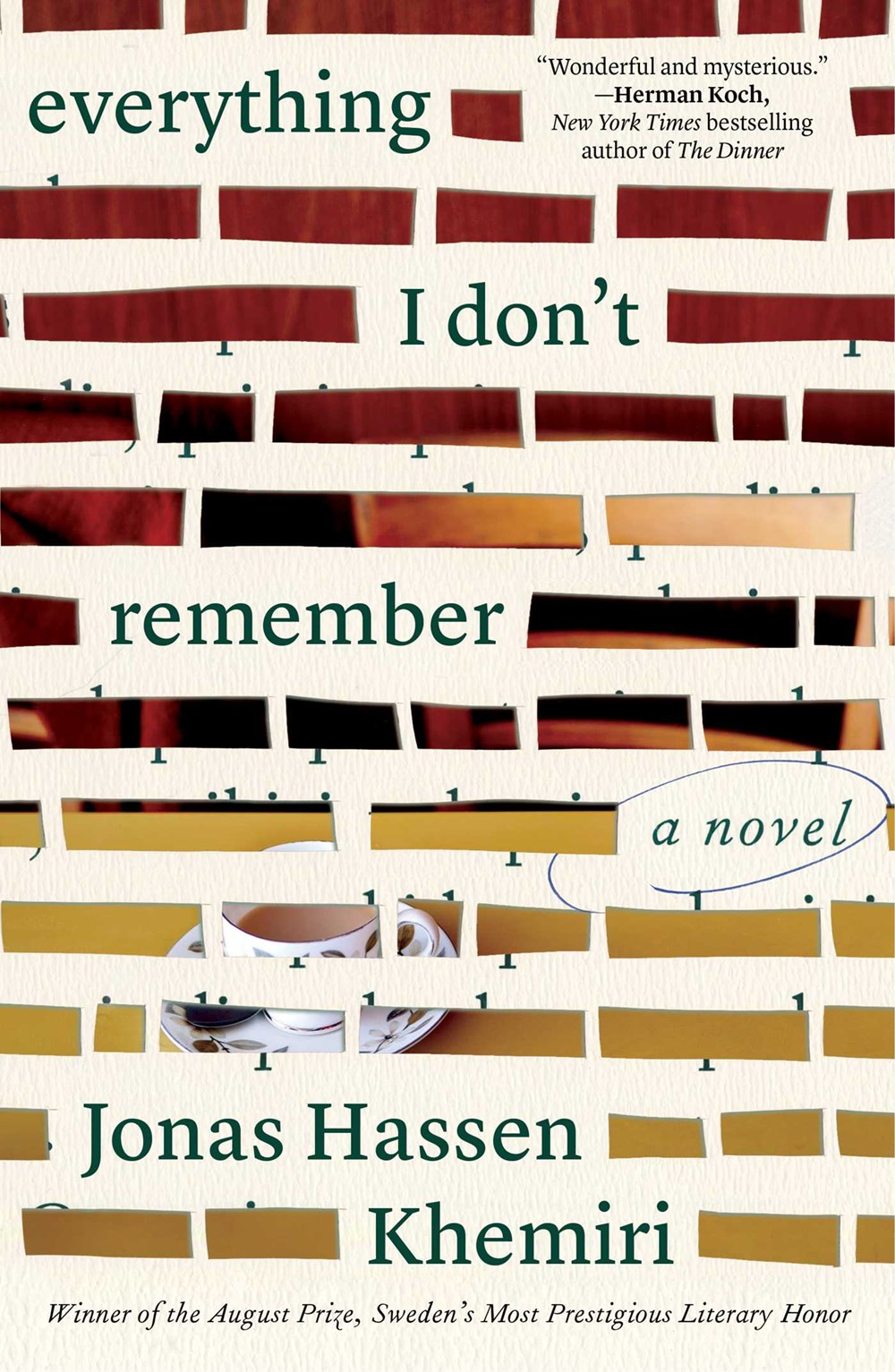 Could an obsession with being memorable drive someone to suicide? In Everything I Don’t Remember, Jonas Hassen Khemiri’s nameless writer attempts to piece together a stranger’s final moments in Stockholm before he dies in a mysterious car crash. Who was Samuel? Conversations with everyone from his best friend Vandad to his ex-girlfriend Laide seem to describe a different person. The net result is as unreliable as eyewitness testimony, leaving us with an image of Samuel about as clear as a thumb-smeared forensic sketch.

One thing is certain. Samuel was obsessed with memory. He spent most of his time creating experiences that he hoped to always remember, as well as incidents that would make him unforgettable in the eyes of others. So when his grandmother began showing signs of dementia (or what he stubbornly refers to as “confusion”), his worst fears came to life. When his best friend Vandad talked about the death of his brother, Samuel was envious: “You’re so lucky you have such an awesome memory… Because it means you still have him. He’s not dead. He lives on. Thanks to you.” Thus Samuel’s obsession with being memorable blurs the circumstances of his death. Was it really an accident?

As the nameless writer continues interviewing people who knew Samuel, they begin performing, altering their stories to construct certain versions of themselves. Panther—Samuel’s childhood friend and first love—is wrought with regret. She never responded to his final text message and accuses the writer of making her feel guilty before locking herself in the bathroom. Meanwhile, Vandad edits himself when the details of his relationship with Samuel appear more than platonic. Laide eventually changes her story, projecting biases onto Samuel and the other people in his circle.

Khemiri’s writer has a lot in common with Truman Capote’s narrator in In Cold Blood. Lines of clarity begin to crumble and his authority dwindles as we catch up to current events and the writer’s motives for these interviews become more apparent. Characters blatantly lie to save face, and as the mystery unravels, Samuel’s legacy suffers.

Perhaps it goes without saying, but Khemiri is a crafty writer. It is no wonder the original publication of Everything I Don’t Remember won the August Prize, Sweden’s most esteemed literary honor. The US cover image is redacted to reveal the title, evoking the blacking out of a classified government document. The characters are clever vocal pieces who comment on the state of racism, economy, and immigration in Sweden and surrounding areas, even providing a timely jab at the condition of the European Union.

Furthermore, Khemiri uses his skills as a playwright to wonderful effect, rationing out sections of interviews one at a time, each excerpt a separate scene on the stage. This structure of the novel demands careful attention and effectively builds suspense, using memory as a strategy to glue together multiple, intertwined snippets. By the story’s end, the structure has broken down, the pace has sped up, and the voices (and memories) are nearly indistinguishable.

Khemiri’s simple, yet beautiful language is not lost in this English translation. Laide recalls how comfortable she was talking to Samuel early on, how their conversations were the anchor of their relationship:

“Neither of us was thinking about anything other than what we were talking about, and I had a hard time figuring out how it could feel so natural. It was like our brains had played music in a former life, they had practiced scales and tuned their neurons in the same key and now that they were finally meeting again they could just jam away, no sheet music necessary.”

The information Khemiri leaves out is enough to warrant another novel for each of the other characters. Somehow, the omitted details add another layer to the book, which will surely generate musical conversations about memories.

Why Your Memory Creates All Kinds of Relationship Problems