‘Who Do You Serve’ Questions the Role of Police 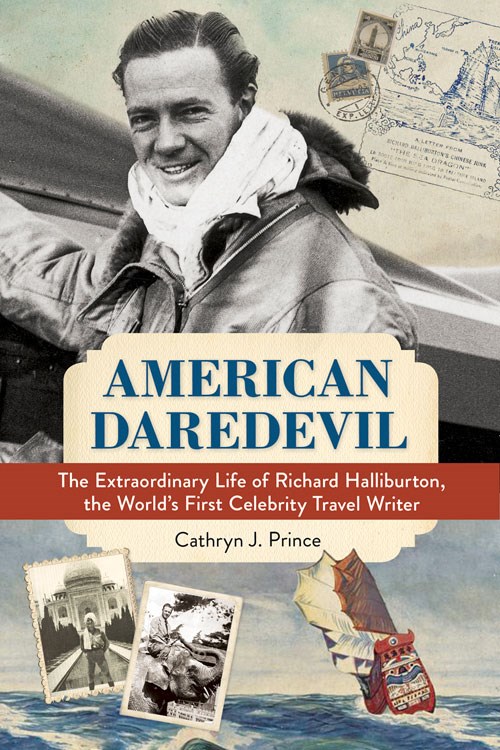 Richard Halliburton was born a century too early. His movie-star looks, hunger for attention and talent for self-promotion—along with a lifelong habit of stretching the truth—were tailor-made for the age of social media.

But even without the help of Instagram and Twitter, the globe-trotting writer was a celebrity in his own time. Halliburton was the author of a series of bestselling travel books in the 1920s and 1930s and, ultimately, a victim of his burning ambition to be in the spotlight.

In the fascinating biography American Daredevil, Connecticut-based author Cathryn Prince recounts the exploits of a larger-than-life but forgotten figure who ventured to remote and exotic places and hobnobbed with Hollywood stars and royal princes. “It would become his hallmark to write around the grimness of life,” she notes. “Halliburton preferred seducing readers with tales of pirates in the South China Sea” to “alarming them with stories from Bombay’s slums.”

Born in Tennessee, he graduated from Princeton in 1921 with dreams of retracing the journeys of his literary and historical heroes. He swam the Dardanelles because Byron did. He traveled to Mexico to walk the route the Conquistadors took when they conquered the Aztecs. And he risked alligators and dangerous currents to swim the 50-mile length of the Panama Canal—locks included—because no one else had.

Such escapades were the kind of escapism Americans craved in the fad-obsessed 1920s and desperately needed when the Depression stripped millions of jobs as well as hope. Halliburton’s books were commercial successes, thrilling and inspiring a generation of armchair adventurers. He made readers and the people who flocked to his lectures feel as if they were at his side as he followed the trail of the mythical Ulysses, flew around the globe or climbed Japan’s Mount Fuji.

Most critics, however, balked at Halliburton’s publicity stunts and florid writing. The New York Times dismissed his antics as “juvenile” and wondered when “Peter Pan Halliburton” would grow up. When Vanity Fair magazine published a list of tiresome celebrities that “We Nominate to Oblivion,” his name was there.

Halliburton was a prolific letter writer and Prince draws on a trove of correspondence to explore his private life. The early death of his younger brother and bouts of depression spurred him to live large. He was, as he put it, “doomed to seek, seek, all my life, never content with what I have, despising it after I have it, seeing a higher place and greater fame every step upward.” He also managed to hide his homosexuality in an era when coming out would have been professional suicide.

Prince, whose previous books have chronicled the world’s worst nautical disaster and a Confederate raid on a Vermont town during the Civil War, had to grapple with “an unreliable narrator, prone to exaggeration.” Halliburton admitted that his adventures were embellished with “buckets of fanciful bright paint,” and she does an admirable job of separating fact from fiction. His most outlandish claims, debunked here, included buying child slaves in Africa and receiving a dozen shrunken heads from a tribe in Borneo.

Hoping to silence his critics and thrill his fans, Halliburton concocted his most audacious stunt—to sail a Chinese junk across the Pacific to kick off the 1939 San Francisco Golden Gate International Exposition. The risky voyage was made more dangerous by Halliburton’s insistence that The Sea Dragon be built to his fanciful specifications, which put adorning the vessel “with every possible flourish” ahead of seaworthiness.

The predictable happened. The unwieldly vessel sailed into a typhoon mid-ocean and vanished with the loss of 15 crew, including Halliburton and his long-time partner, Paul Mooney.

While Halliburton’s books fired the imagination of the likes of anchorman Walter Cronkite and writer Susan Sontag, his fame faded. Americans were soon plunged into the horrors of the Second World War, erasing memories of his exploits.

“Richard Halliburton sought the kind of immortality enjoyed by the literary heroes of his childhood,” Prince writes, “but the dream he had chased for so long died with him.”

Years after his death, a writer for Sports Illustrated observed that “any fictional character who had the time, ability, or inclination to do all the exciting, grueling, and often ridiculous things he did, simply would not be believable.”

Cathryn Prince’s thorough research and eye for detail have made Richard Halliburton believable—and brought a fascinating, high-flying adventurer back to earth.

Dean Jobb is the true crime columnist for Ellery Queen’s Mystery Magazine and the author of Empire of Deception, the true story of a master swindler who scammed the elite of 1920s Chicago (Algonquin Books). His next book, coming in June 2021, recreates the Victorian-era crimes of Dr. Thomas Neill Cream, who murdered as many as ten people in Chicago, London and Canada. Dean teaches in the MFA in Creative Nonfiction program at the University of King’s College in Halifax, Nova Scotia. Website: deanjobb.com Twitter: @DeanJobb

‘Hey, Liberal!’ Is a Timely Look Back at Chicago’s Civil Rights Era