Laughing to Oblivion: The Road to Little Dribbling by Bill Bryson 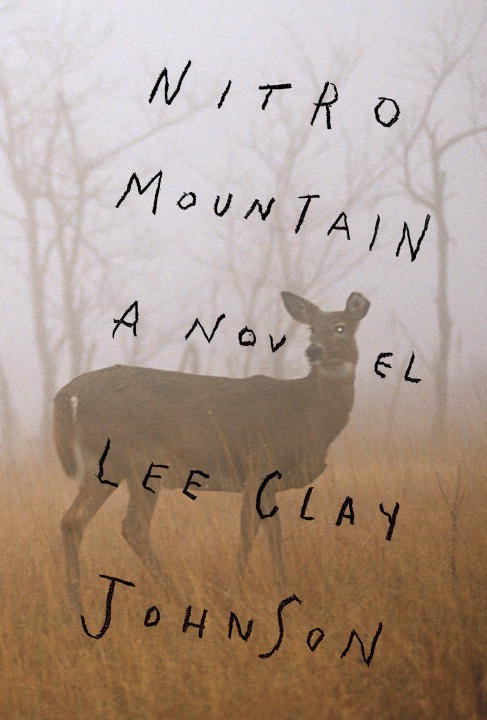 On the first page of Lee Clay Johnson’s debut novel Nitro Mountain, someone mentions killing squirrels. By page 50, someone runs bunnies over with a lawn mower. Later, someone hits a deer in the road.

While Lee Clay Johnson doesn’t always falter with such tropes (when asked why he ran bunnies over with a lawnmower, the narrator responds, “There’s life and shit all over the place out there”), their frequency is symptomatic of the book’s lack of clear vision.

It starts strong. Leon works at a homeless shelter, which he says is strange because, “I always felt closer to the other side of the desk.” He’s also a bass player, because he’d “heard everybody was always looking for bass players.” He’s struggling with typical problems—money, a crazy girlfriend (and aforementioned seeker of abuse) who he loves—but we can see Leon’s humanity in the country song that is his life. He eventually hitches his way onto a touring gig, but has to quit because of an O’Henry-esque cast on his wrist. “Country music won’t kill you,” his doctor tells him. “But I’ve known it to ruin folks’ lives.”

But we soon leave the tragicomic pastures of band life for a troubled plotline where Jennifer, Leon’s now-ex-girlfriend, enlists his help to murder the man she left him for: Arnett, an alcoholic who lives atop the eponymous Nitro Mountain. Jennifer gets Leon a job working for Arnett in “four-story disaster” of a former hotel.

Arnett shares none of the humanity of the characters in, say, Denis Johnson or Donald Ray Pollock’s short stories—characters who, despite their bad streaks, generally accept how pathetic their lives are. But Arnett is something out of a horror story:

The room smelled of mildew and kerosene. Jennifer sat in a chair sipping from a milk jug, not looking at anybody. Arnett had tools and fluids spread out on the bar, around a raccoon that was still alive. He was trying to embalm it before it died … he picked it up and walked it around and made it talk to Jennifer.

With Arnett, the book veers away from dark humor toward something more disturbing, but disturbing as an intentional effect instead of a byproduct of something else. It’s the difference between Saw and Foxcatcher.

Where Pollock and (Denis) Johnson cut their horror with humor, once Arnett arrives, Lee Clay Johnson often relies on pure cheese: “It’s nighttime as fuck out here,” Arnett thinks; “Turner’s got his phone on the bar in front of him, next to a bunch of empty Bud bottles standing like poorly set bowling pins, when he sees headlights outside. He’s got a strike”; “Take a pitcher,” Tina [a bartender] says. “It’ll last longer.”

The second part of the book is written in an over-determined third-person present tense that nevertheless has characters soliloquizing in a manner not unlike Shakespeare’s: “Drink more. Go find what’s his name, the dude who fucked my girlfriend who tried to kill me…We need to go find Jones. It’s all coming together now. Also, it wouldn’t hurt to see Old Bob, borrow his car and do some cash collecting.”

The bard can get away with it, but it’s harder for a novelist. In a typical close third-person point of view, we accept that the author is omnipresent, knows what’s going to happen, and is spinning a tale for our enjoyment. In Nitro Mountain, Lee Clay Johnson presents the narrative as if he doesn’t.

Along the way, there are great details. One character takes “out a tin can emptied of tomatoes and now full of red wine.” There’s a lot of great world-building, but it never coalesces—it relies too much on plot and yet the plot is disjointed, with too many narrators and changes in perspective getting in the way of suspense. By the time the third section of the book rolls around, and Jennifer takes over the reins as our new first-person narrator, it’s hard to find a reason to keep reading—we’ve been dragged through the mud long enough.