Drawing the Silk Road: an Interview with Faith Erin Hicks 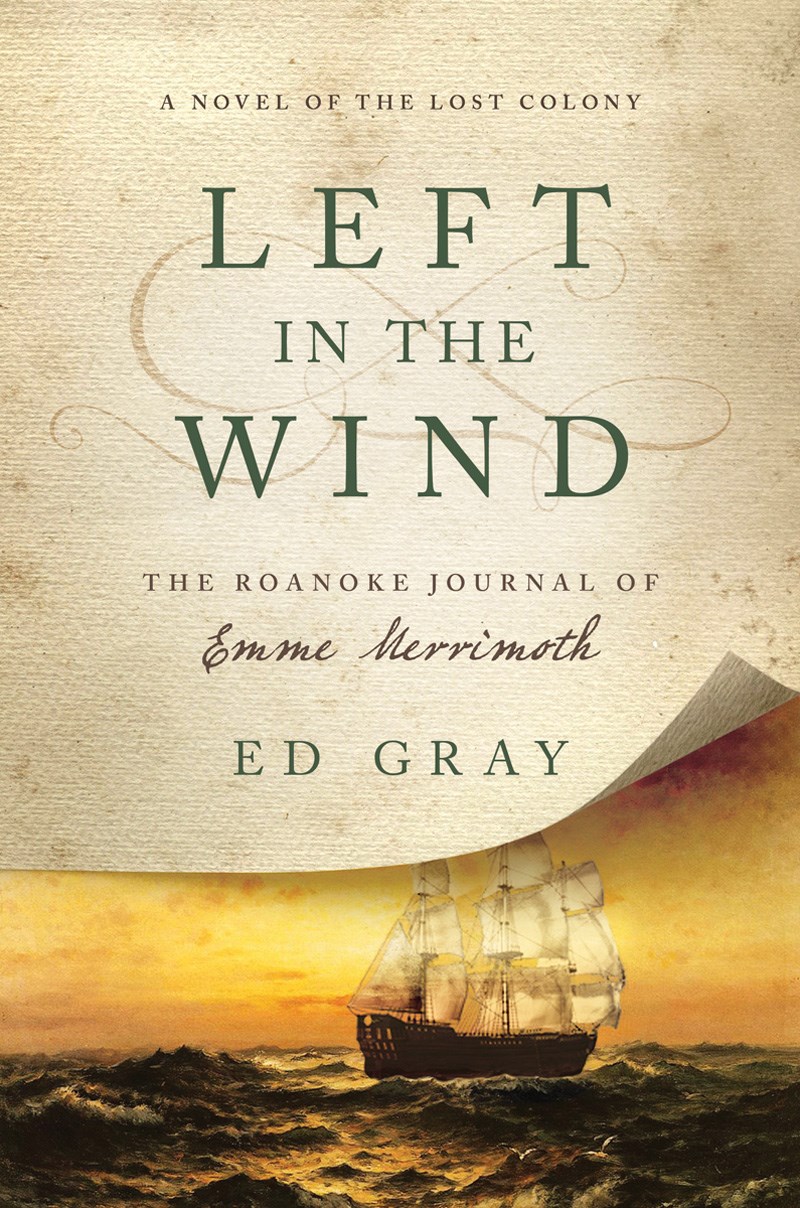 In 1587, more than three decades before the Pilgrims embarked on the Mayflower, another set of English colonists set sail for the New World. Their patch of promised land was an island called Roanoke off the coast of North Carolina, but unlike the Pilgrims, the Roanoke colonists are usually reduced to a single line in history books … because they vanished. Every man, woman, and child.

When their governor John White returned from a three-year supply trip to England, the colony had been completely abandoned. Historians suggest they may have succumbed to sickness or starvation, or perhaps assimilated into a nearby Native American tribe. Whatever happened, the mystery has proved fertile ground for storytellers, including Ed Gray, author of the novel Left in the Wind: The Roanoke Journal of Emme Merrimoth.

Unlike many of its predecessors, Left in the Wind doesn’t get caught in the puritanical rip current of colonialist propaganda like Defoe’s Robinson Crusoe, Mary Rowlandson’s captivity narrative, a bad John Wayne movie, or Disney’s Pocahontas. Instead, the characters and landscapes in Gray’s debut feel authentic, honest and nuanced. The only boundary between good and evil, pure and stained, exists in the minds of the colonists.

The novel is epistolary, taking the form of Emme Merrimoth’s journal, a maid and wet nurse to upper-class colonists. Beginning with her departure from England, Emme describes what happens to the colonists once they reach the island of Roanoke. Yet Gray still manages the cloak the story in a veil of mystery, leaving plenty of haunting, unanswered questions.

The novel’s greatest virtue is its narrator. Emme Merrimoth is a smart, opinionated young woman. Twice widowed before the book even starts, she’s felt the sting of infant mortality like most women of the sixteenth century, having lost multiple children before reaching her 30th birthday. Her worldly (and carnal) knowledge is refreshing compared to the often chaste heroines of other historical novels. One of the most fascinating things about the book is how Emme uses her role as a woman and her sexual prowess to her advantage.

The novel’s second major strength is Gray’s depiction of Native Americans and their relationships with the colonists. Characters like Manteo, the Croatan who journeys to England, and Wanchese, a man from a warring tribe who kidnaps Emme, are never cast as “noble savage” stereotypes, but as complex human beings.

In addition to richly drawn characters, Left in The Wind has enough sex and intrigue to keep up with The Other Boleyn Girl, and enough wild adventure to compete with Jack London. While some historical fiction can veer toward dry, academic prose, Left in the Wind is fast-paced and thrilling enough to be a beach read. Just don’t forget to look out on the sea and imagine the tattered white sails of English ships coming ashore.

Mark Thompson Guides Us Through the Solar System