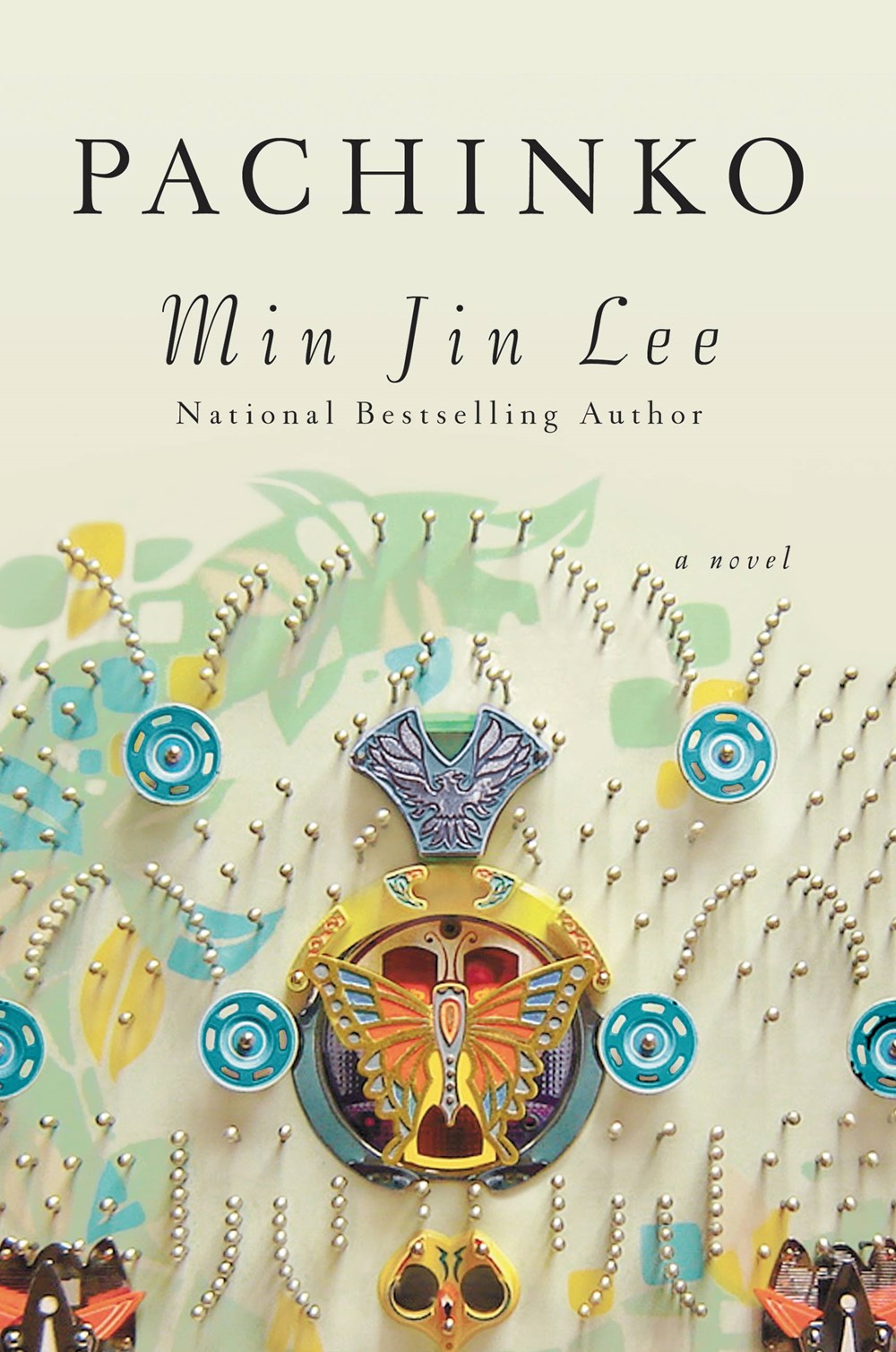 From Suki Kim’s The Interpreter to Min Jin Lee’s own Free Food for Millionaires, stories of Koreans and first generation Korean-Americans navigating life in the States span the hysterical, poignant, and bittersweet. But few works exist that detail an entirely different Korean immigrant community: those transplanted just across the sea to Japan. After spending four years living abroad in Tokyo herself, Korean-American lawyer-turned-writer Min Jin Lee has tackled the stories of this underrepresented community in her second novel, Pachinko, forthcoming in February 2017 from Grand Central.

This week, Min Jin Lee is in Chicago for BEA (Book Expo America), North America’s largest gathering of book industry professionals from around the globe. Lee is one of more than 500 participating in an author signing for an upcoming or recently-released book, in addition to the many panel and speaker events scheduled during the 4-day convention. The Chicago Review of Books spoke with Lee about her experience as an American writer abroad, her favorite sights to visit in the Windy City, and Pachinko, a book that took 30 years to write.

Your debut novel, Free Food for Millionaires, is a story about maintaining one’s identity within changing communities. Metropolitan settings—like New York City, Tokyo, or Chicago—are certainly the epitome of changing communities. How does being an urban writer affect your work and your characters’ stories?

In cities, I get to have both the nearness of many people and a kind of particular privacy found only in crowds. I was born in Seoul and have lived in New York, New Haven, Washington, D.C., and Tokyo. I feel the pull of suburbs and rural areas, too, but I feel most at home in cities. I live in Central Harlem now, and it is a quiet part of Manhattan. There is less car traffic where I live, and my neighbors are thoughtful and lovely. I live across the street from an elementary school, and the sounds of children make me feel happy and alert. I am an urban writer who feels comfortable around different types of people.

Also, there are daily surprises in cities like New York and Tokyo—some good and some not so good—which make for great material. Also, in a city, I am constantly humbled by the greatness of things and people. This, I think, is ultimately a fine thing. As I get older, I take myself less seriously.

After living (and writing) abroad for 4 years (in Tokyo from 2007 – 2011), what was it like to return stateside? Is being a writer a different sort of occupation in different countries?

I was happy to return home. I loved Tokyo in many ways, but I missed my family (parents, sisters, in-laws, nieces and nephew) and dear friends very much. Also, I missed speaking English to everyone. Americans, myself included, can talk with strangers rather easily, and I missed the brief intimacies shared among strangers. My Japanese is virtually non-existent so I felt I couldn’t do justice to my experience there. I am by nature a fairly open person, and because my language skills were so poor, I felt like I couldn’t be myself in Japan. Of course, the fault is my own.

In Japan, I worked on my novel Pachinko, and because my first book got a lot of attention, I was able to do a lot of freelance work for American, Korean and British publications. I had not done much freelance work before, so that was a little weird in a good way. For example, on one assignment, I got to choose the hottest restaurant in Tokyo, and I took that (delicious) task rather seriously, because I wanted to get it right; however, I did feel fraudulent in the endeavor, because I don’t think of myself as a cool person who could choose a hot anything, really.

In New York, I live a very quiet, anonymous existence. There are so many tremendous writers in New York, and I don’t think of my life in any kind of professional way. I stay home mostly and read and write. I do an inordinate amount of housework. I’m a very fine dinner-on-the-table-six-nights-a-week sort of cook. I suppose I think of myself as being creative in that way. I write and rewrite because that’s what I know how to do.

In a Travel & Leisure article from 2009, you discuss the importance of travel. As a young child, you traveled only within the pages of the books you read, but in adulthood you’ve made travel a central part of your life. What are your favorite sights to see in Chicago, and what are you looking forward to doing in the Windy City during your upcoming trip for BEA?

I have some very good friends in Chicago whom I don’t see enough, so I tried to get an extra day after Book Expo ends so we can hang out. My friends and I will grab some excellent Chicago coffee then start the morning with a walk through Millennium Park by the Bean then over the Gehry Bridge. I’m going to try to meet a writer pal at the Art Institute to admire the Chagall Windows then we’ll wander over to the Impressionist wing. Of course, we’ll have snack at the Art Institute Café.

Then, after a good long walk along Michigan Avenue for some window-shopping, I’m hoping that my friends and I can splurge on a big meal at Les Nomades, a favorite of my friend Michael Kelly, a true native of Chicago. It’s criminal to miss the pizza in Chicago, so naturally, I will have to have some every day during Book Expo.

Your second novel, Pachinko, is forthcoming in February of 2017. Can you tell us more about the book and your inspiration for writing it?

I got the idea of the story in 1989. I was a senior in college, and I attended a Master’s Tea, a talk hosted by a Master of a residential college at Yale. The Master of Trumbull, the Rev. Harry Adams, was the University Chaplain, and he’d invited an American missionary who worked in Japan with the ethnic Korean population. I knew nothing then about Koreans in Japan who are called “zainichi.”

Zainichi is a misnomer used for Korean-Japanese people who either were migrants from the colonial era or descendants of such persons. Some do not like to be called zainichi because the term means “foreign resident staying in Japan,” which makes little sense since there are often third, fourth, and fifth surviving generations of Koreans in Japan. There are many ethnic Koreans who are now Japanese citizens, although this option to naturalize is not an easy one. There are also many who have intermarried with the Japanese, or who have partial ethnic Korean heritage.

Sadly, there is a long and troubled history of legal and social discrimination against the Koreans in Japan and those who have even partial ethnic Korean background. There are some who never disclose their ethnic Korean heritage, although it can follow them in their identification papers and government records.

The missionary told us a little about this history and a story of a middle school boy who was bullied in his yearbook because of his ethnic Korean background. The boy jumped off a building and died. Later, after I quit being a lawyer in 1995, I started writing fiction about the Koreans in Japan as early as 1996.  I wrote several, and one of the stories called “Motherland,” which is about a Korean-Japanese boy who gets fingerprinted and receives a foreigner’s identity card on his birthday, was published in The Missouri Review in 2002 then later won the Peden Prize.

Also, I submitted a fictionalized account of the story I’d heard in college, and it allowed me to get a NYFA fellowship in fiction, which meant a great deal. I used that money to take classes and to pay for a babysitter so I could write. Also, this early recognition was critical, because as a fiction writer, it took me so long to publish my first novel unrelated to the Korean-Japanese. Finally, the recognition was most important to me, because it confirmed my belief that the stories of Koreans in Japan should be told somehow when so much of their lives had been denied, erased and despised.

I wanted very much to get this right, but I felt that I didn’t have the knowledge or the skills to do this properly.

Based on an enormous amount of historical and anthropological research, I wrote a partial draft of a novel about the Korean Japanese community. Later, when I moved to Tokyo in 2007 with my family, I got the chance to interview dozens of Koreans in Japan and learned that I got the story wrong. The Korean-Japanese may have been historical victims, but when I met them in person, none of them were as simple as that. I was so impressed by the breadth and complexity of the people I met in Japan that I had to start the book again in 2008, and I continued to write it and revise it until the sale of the manuscript in 2015.

I have had this book with me for almost 30 years.

What other projects are you currently working on?

I am working on American Hagwon, what I think of as the third of my Koreans trilogy. I want to write about the importance and dangers of education for Koreans around the world.

Note for our Chicago readers: Attending BEA this week? Min Jin Lee will be signing books on Thursday at 3:00 PM.