How Chicago Inspires Writers: Ethan Michaeli and the ‘L’ Train 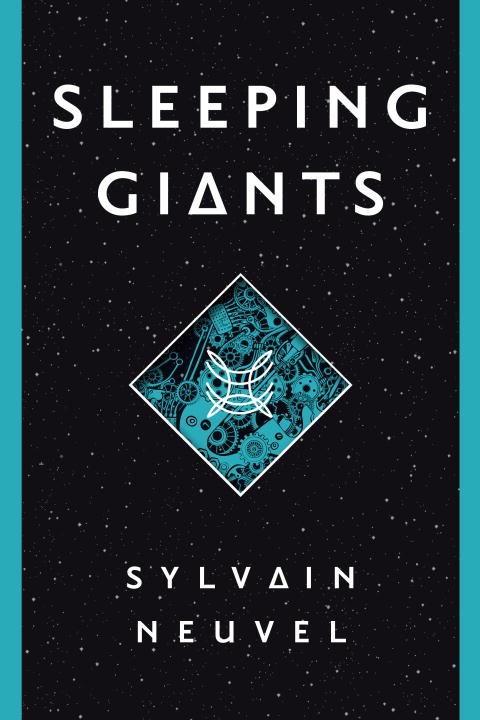 Sleeping Giants begins with young Rose Franklin—on her birthday of all days—riding her new bike into a South Dakota forest, where she falls into a large, square hole. She lands on a surface that is slightly curved, “smooth to the touch, and cold, like some type of metal.” Rescued by firemen, she doesn’t realize what she landed on until a week later, after a fireman visits to show her some pictures. That’s when she first sees it.

“There I was, this tiny little thing at the bottom of the hole, lying on my back in the palm of a giant metal hand.”

Already optioned for a movie by Sony, Sleeping Giants is mostly epistolary, composed of journals and interviews between a mysterious “interrogator” and the various characters who occupy a top-secret project to understand what Rose stumbled upon. Neuvel weaves a complex tapestry with ancient machinery buried in the Earth, shadow governments, and geopolitical conflicts. But the most surprising thing about the book may just be how compelling the central characters are in the midst of these larger-than-life concepts.

Yes, there’s Rose Franklin, who seventeen years after her fall is the lead physicist on a secret team dedicated to unlocking this mysterious enigma, searching for the rest of the robotic behemoth and discovering its ultimate purpose. Rose is a pillar that the rest of the team, and the book itself, leans on.

But there are other fully-realized characters like Kara Resnik, a hotshot pilot with a hot head, who skewers that cliché by becoming the novel’s conflicted moral compass. After experiencing the first of many disastrous setbacks, she ruminates in her journal: “We didn’t have to do any of this. I wish it were as easy as saying I was just following orders. I chose to go. I’m responsible.”

Kara’s co-pilot, Ryan Mitchell, builds an infatuation with her that makes him not quite the Captain America he first appears to be. Even the unnamed “interrogator” shows his extra dimensions as the book progresses, often veering from sinister to altruistic in one fell swoop. “You can mock me as you please,” he says during one heated discussion with a presidential aide. “At the end of the day, you will realize that this has to be done. You may not like it—I certainly do not—but it must be done nonetheless.”

Writing the Unspeakable in “Aftermath”

In short, the dialog of these characters as they detail the trials and tribulations of the excavation is sharp, and their unique individual voices shine, not just during their darkest moments, but especially then. Our attachment to them really raises the stakes as the novel progresses and a journey of scientific discovery morphs into something closer to a political thriller. The shift may be jarring for some, but after reading about the practical issues that arise from working with advanced technology (and a humongous robot), others will find this progression welcome, even cathartic.

As things begin to spiral out of control, one catastrophe in particular is so surprising and brutal (no spoilers: you’ll know it when you read it) that you may have the urge to throw your book against the wall. To Neuvel’s credit, these disasters, even at their most heart-wrenching, never feel cheap. Instead, these moments put into question the very idea of ingenuity, and the sacrifices that may be necessary—despite our notions of morality—to bring these big ideas to fruition. When I say big ideas, I mean as inspiring as landing a man on the Moon or as horrifying as dropping an atomic bomb. Which end of this spectrum is Sleeping Giants heading toward? I’m not entirely sure. But I can’t stop thinking about it.