The Women Who Took Us to the Moon: Nathalia Holt’s Rise of the Rocket Girls 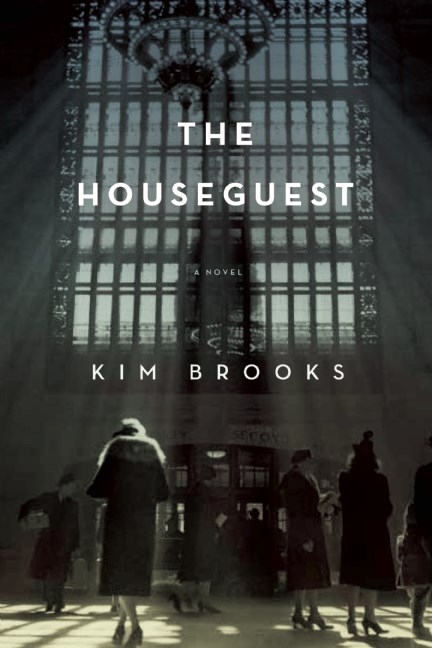 Salon’s most-read essay of 2014 was “The Day I Left My Son in the Car” by Chicago author Kim Brooks, about her run-in with the law after leaving her four-year-old son in the car for a few minutes while running a quick errand. The essay touches on a number of topics—parenting, safety, the judicial system—but more than anything else, Brooks questions the all-too-familiar phenomenon of helicopter parenting, which can extend beyond one’s own offspring to include other children as well. Because of this phenomenon, Brooks’ life—and her family’s—was thrown into turmoil when a stranger reported her to the police.

It’s intriguing, then, to realize that Brooks’ debut novel, The Houseguest, explores the flip side of the coin. Heartbreaking, profound, and brimming with rich historical detail, it’s a different kind of Holocaust story, set on American soil in 1941: a time when minding one’s own business was the norm, when turning a blind eye allowed genocide to occur right under our collective noses.

Unlike Brooks’ real-life experience, The Houseguest is bursting with onlookers who do no more than look. Her quiet, pre-WWII America demonstrates voyeurism at its finest. In the opening of the novel, for instance, a New York City synagogue burns to the ground as bystanders refuse to take action:

An old man roused by the sirens and the smoke, drawn to watch from a safe distance. The urge to look on. The men and women and even children. Watching was one of the purest expressions of human existence. It affirmed the presence of these people and the reality of the world they inhabited.

In contrast, the novel’s three narrators are desperate to make a difference, to inspire their fellow Americans to action over the massacre of the Jews in Europe. First, there’s Abe Auer, aggrieved by the Jewish newspapers reporting on the horrors across the ocean:

Then, he’d carry these details around with him all day, sealed off from the rest of him. It was like a bag of gravel he lugged on his back, grinding him lower, slowing him down. It was important to be informed, everyone agreed, but what was one to do with the information—that was another question.

Then there’s Max Hoffman, a small-town rabbi in upstate New York. He too is confused over how to support the Jewish community, whether locally, nationally, or worldwide. But when Max and Abe finally have the chance to help—by assisting in the relocation of a minor Jewish actress—the experience is not as rewarding as they’d envisioned. While Abe collects junk for a living, building his fortune from the discards of others, when he accepts a new kind of castoff—this starlet—he learns that spending his life among rubbish doesn’t mean he’s equipped to shepherd every unwanted thing.

Ana Biedler, the homeless actress and Brooks’ third narrator, is a woman torn from her former life in the spotlight and flung into small-town America, where she becomes a bigger spectacle than she’d ever been on stage. For Ana, upstate New York is just as cruel as the anti-Semitic cities overseas from which she fled:

[S]he was thinking about this thing she’d always known but occasionally forgot, this unacknowledged fact that places—cities, towns, entire countries—were not as impartial as people assumed them to be. A place could turn against a person.

Max, too, learns of a place’s prejudice when he travels to his hometown of Chicago for an American Jewish Council meeting. In these chapters, it’s easy to remember Brooks is a Chicagoan herself. Her descriptions of the city—“smooth and brutal”—demonstrate familiarity and unflinching honesty: “He’d forgotten the stark contrast of light and shadow amidst the skyscrapers, the hum of a million human lives crowding in, how it made a man feel small and big at once.”

Throughout the book, Brooks writes beautiful descriptions that are both stunning and laden with meaning—too many to possibly share here. Yet her prose, as gorgeous as it can be, is never purely aesthetic, because her illustrations of these lives and these cities on the eve of World War II are the heart of her story. But whether at one of Max’s rescue conferences or in Abe’s junkyard, inaction is the true antagonist of the novel. Even when the characters do act, it always seems to be in the most disastrous way possible.

In The Houseguest, all three narrators beg for someone to take note of them. To acknowledge their existence and recognize the suffering of their people. To join their cause and unite for the Jews in Europe. But this is not a Salon essay; there are no lurking strangers ready to whistleblow or take up arms, no meddlesome helicopter parents concerned with the safety of the distant Jewish relatives abroad. And yet, the question remains whether Abe, Max, and Ana can start a revolution, whether they can save even a handful of the doomed—including themselves.

The Haunted Child of “Nuclear Family”

The Bonds that Make Family in “Chorus”