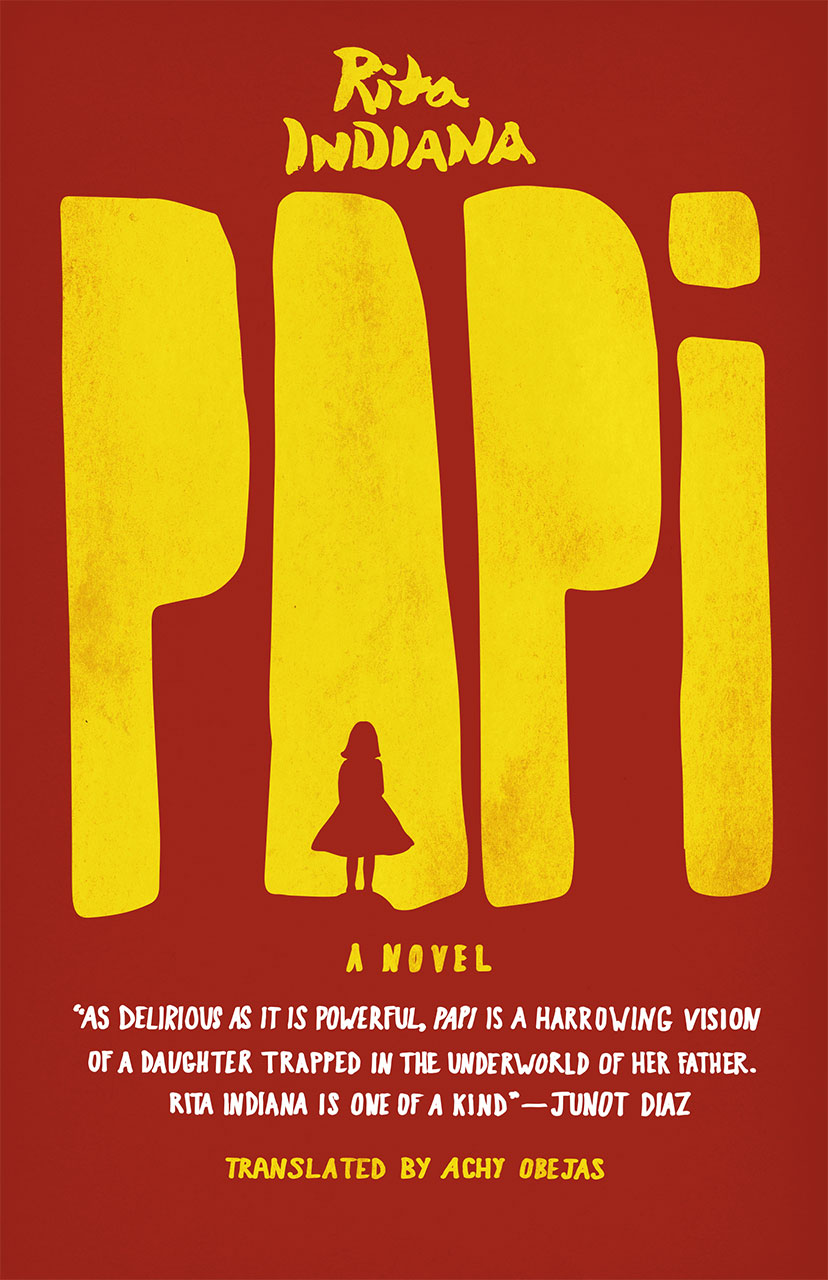 Plenty of musicians write memoirs. A few publish poetry collections. But not many write novels aside from Rita Indiana, lead singer of the Dominican Republic’s Rita Indiana y Los Misterios. Fusing traditional merengue music with alternative rock, Indiana’s band is as fresh and original as her newly translated novel, Papi. Originally published in Spanish in 2005, the University of Chicago Press’s English release was translated by Achy Objeas, who also translated Junot Díaz’s The Brief and Wondrous Life of Oscar Wao.

Papi is the story of an unnamed eight-year-old girl in Santo Domingo who awaits the return of her near-mythical, mysterious father from the United States. The novel opens with mounting anticipation:

Papi’s there, around any corner. But you can’t sit down and wait for him cuz that’s a longer and more painful death. It’s better to make other plans, to just stay in your PJs and watch cartoons from six in the morning until midnight, or even go out for a stroll, which is a game Mami made up for herself called if-Papi-wants-you-he-can-come-find-you.

When he finally arrives, the girl realizes her father isn’t the best role model: Papi is a drug dealer with scary friends, and despite Papi’s love for his daughter, sometimes his loyalty to her wavers. His business partners and sexual exploits often take precedence over the girl, and she often finds herself in dangerous situations.

Even though Papi frightens her, the girl loves her father and the way he makes her feel. At first, she brags about him, inflating his possessions and abilities as children do:

My Papi has more of everything than your papi, he’s stronger than yours, he has more hair, more muscle, more money and more girlfriends than yours. My Papi has more cars than yours, more cars than the devil, so many cars he has to sell some cuz they don’t fit under his carport… Sometimes even a different one at lunch. One to pick me up at school, one for my First Communion, one to visit me on Sundays, one to visit his mother and another to visit his sisters, a Jaguar for Father’s Day, a Camaro for Valentine’s, a Bee Em Double U for grand openings, a Ferrari to take me for ice cream—a different one every four hours.

As the above passage illustrates, Indiana nails the voice of a young girl. Having a child narrate a story can be tricky, since inauthenticity can ruin a story, but the narration in Papi feels real and true. The protagonist’s observations of her father’s illegal activity and sexual exploits are age-appropriate, and in many ways her voice carries the novel more than the story. Aspiring writers can take note of the masterful way Indiana seems to inhabit the mindset of a young girl in a way that feels effortless.

The thin plot won’t appeal to everyone—the conflict between characters is more subtle than in most novels as the protagonist sorts out her feelings about her father when she’s exposed to his machismo and illegal activities. But overlooking this slim-spine novel would be a mistake. Papi‘s virtues are many, from the protagonist’s singular voice to Indiana’s rhythmic prose. Obejas’s translation may have lessened the original Spanish cadence by default, but it’s certainly not lost. Papi is a fascinating portrait and an astute examination of a complex father-daughter relationship.