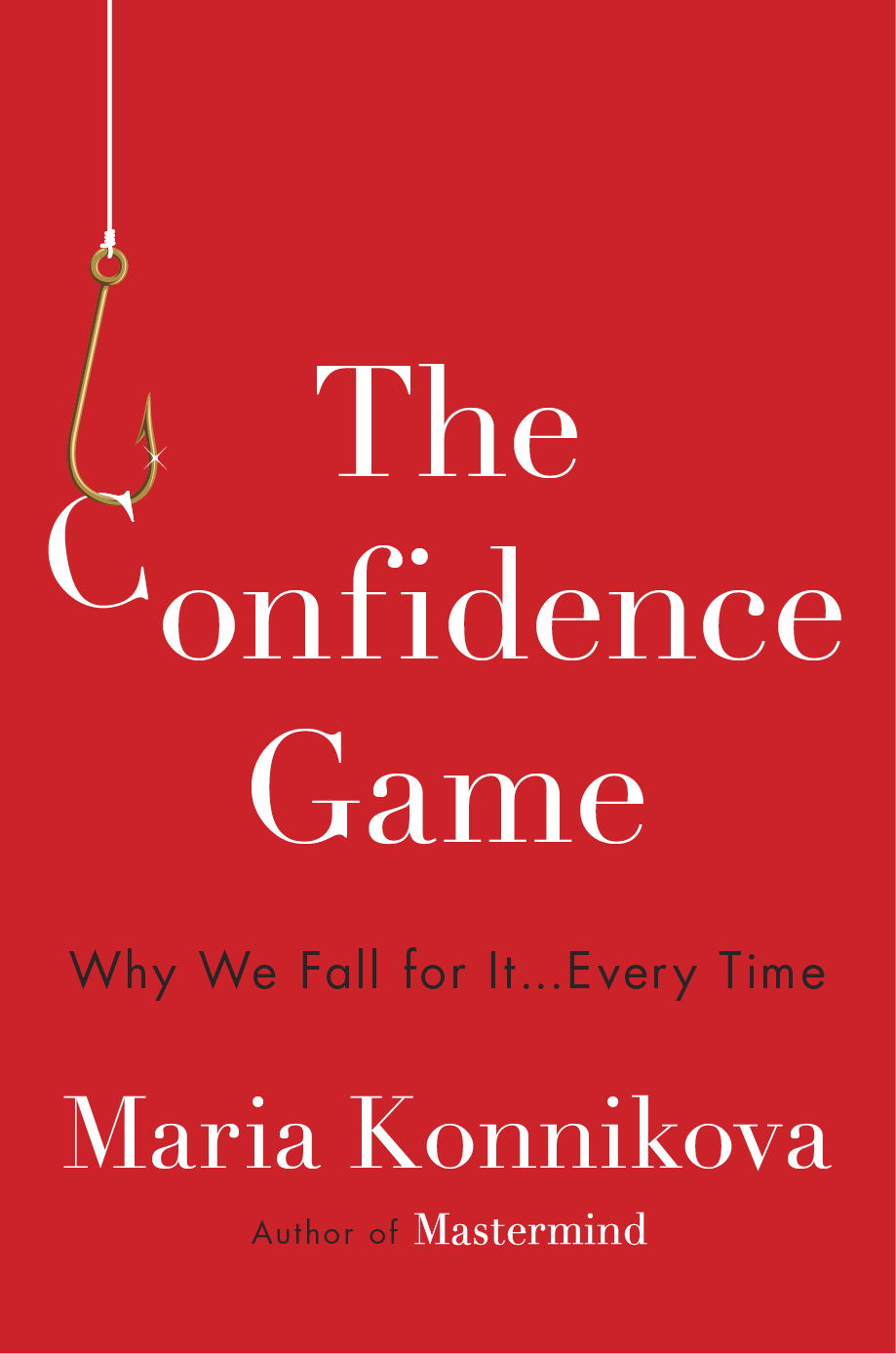 Chicago’s Joseph Weil, a legendary swindler whose elaborate cons inspired the hit movie The Sting, was once asked why his many victims were so eager to entrust him with their money. “They wanted something for nothing,” he explained, and he was happy to oblige by giving them “nothing for something.”

This, Maria Konnikova argues in her latest foray into the science of how we think, The Confidence Game: Why We Fall for It … Every Time, is the secret behind the success of every Ponzi schemer, art forger, imposter and street hustler—the ability to convince people who should know better to hand over their money based on little more than blind faith.

Confidence artists “have it easy,” writes Konnikova, The New Yorker’s psychology and culture columnist. “We’ve done most of the work for them; we want to believe in what they’re telling us. Their genius lies in figuring out what, precisely, it is we want, and how they can present themselves as the perfect vehicle for delivering on that desire.”

Weil’s promise was to parlay sure-thing tips on a horse race or the stock market into a big payday for his victims. Boston’s Charles Ponzi, who gave the pyramid stock swindle its name, promised to double investors’ money in just 90 days. Wealthy Chicagoans begged lawyer-turned-financial guru Leo Koretz to sell them shares in the vast oil fields he claimed to control in Panama, and lost millions of dollars when his fraud was exposed in 1923.

The Confidence Game, as Konnikova explains at the outset, is not a history of con games or their most skilled practitioners. Ponzi and his modern-day disciple, Bernie Madoff, have cameos, but the notorious Weil and the lesser-known but equally brazen Koretz are nowhere to be found.

Instead, the author of the bestselling Mastermind: How to Think Like Sherlock Holmes sets out to explore the psychological principles at the heart of the con game in its many forms, from stock swindles, three-card monte and weight-loss gimmicks to the Nigerian scams and work-at-home offers that clog email spam folders.

The problem is us. We’re pushovers. We’re hard-wired to believe that better is possible—that we can be happier, thinner, or richer. All we need is a lucky break or the right opportunity to come along. Enter the con man, with the answer to our prayers.

Whoever said, “there’s a sucker born every minute”—a line often misattributed to circus-barker extraordinaire P. T. Barnum—was right. “We believe because we want to,” Konnikova explains. “Con artists are just there to spin the yarn.” The need to trust others is embedded in our DNA. It’s what makes civilization possible, from business deals to our everyday interactions with others, and it makes us susceptible to a con man with the right sales pitch.

The book unpacks the confidence game and analyzes its components, from the “put-up” (identifying a promising mark) to the blow-off, when victims are sent packing, poorer and sometimes oblivious to the fact they have been taken.

Konnikova deftly explores the psychological experiments and studies that explain our vulnerability to con games. Her interviews with con artists and their victims bring the science to life. And case studies, including the exploits of Ferdinand Waldo Demara—immortalized in the 1961 movie The Great Imposter after posing as a navy surgeon and a prison warden, among other guises—complete the picture.

Finding Peace in “Six Walks: In the Footsteps of Henry David Thoreau”

The Confidence Game is a revealing and engrossing primer on how con artists work and why we’re such suckers. But for all the insights Konnikova offers, fraudsters will continue to separate fools from their money (she refers to the confidence game as “the (real) oldest profession”) because our ingrained trust and gullibility make us easy prey for the right scam.

Want something for nothing? Turns out, you’re in luck—there’s a con artist out there, ready to make your dream come true.

Dean Jobb is the author of Empire of Deception (Algonquin Books), the stranger-than-fiction story of Chicago con man Leo Koretz and his brazen 1920s oil swindle, just released in paperback. He teaches creative nonfiction and journalism at the University of King’s College in Halifax, Nova Scotia. Follow him on Twitter @DeanJobb.